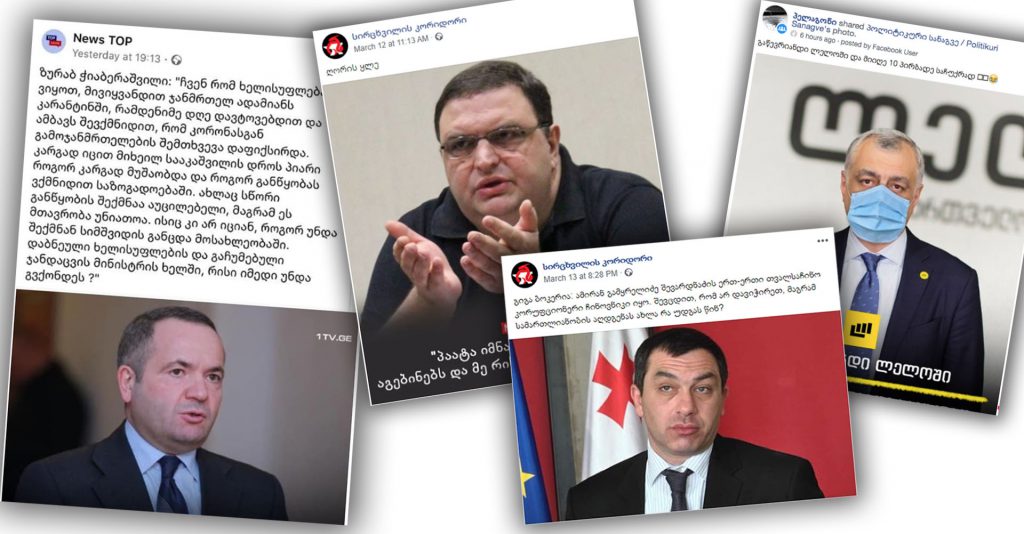 Against the backdrop of the spread of coronavirus and fight against it, Facebook pages closely linked to the ruling party, Georgian Dream, have launched a new campaign to discredit leaders of the political opposition.  On 12-15 March, the Facebook pages “ლიდერი 41” (“Leader 41”), “სირცხვილის კორიდორი” (“Corridor of Shame”) and “News TOP” were busy spreading disinformation about Giga Bokeria and Zurab Chiaberashvili from the political party European Georgia, and Gubaz Sanikidze, the ex-leader of the political party National Forum. These FB pages published statements allegedly made by the above-named opposition politicians. The quotes, in which criticism was voiced of the director of National Center for Disease Control, Amiran Gamkrelidze, and his deputy, Paata Imnadze, as well as the government, were faked in photoshop and created impression that the words belonged to the opposition politicians. 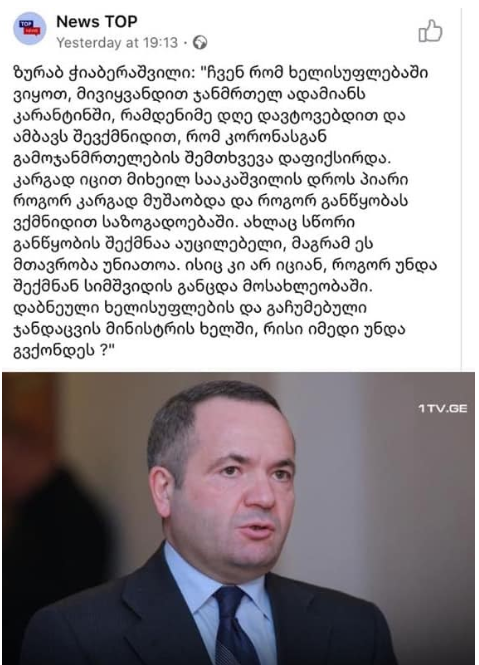 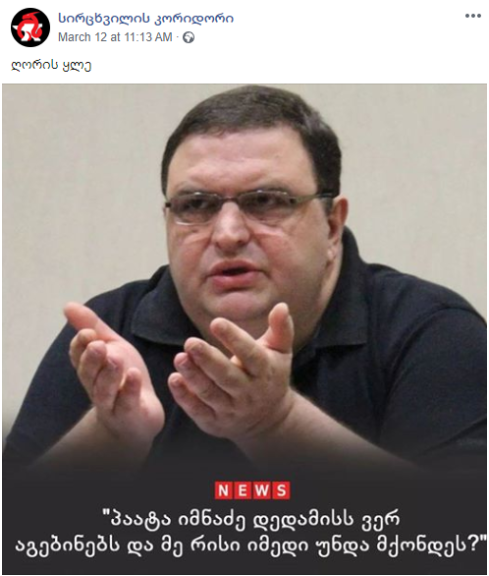 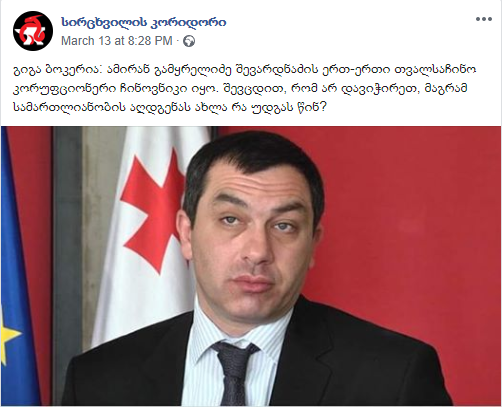 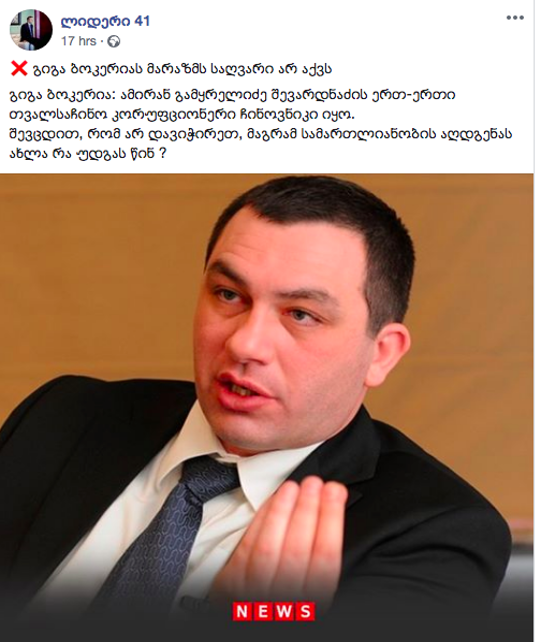 As of now, the Facebook page, “News TOP” has already been removed from the network; the fake quote published by “Leader 41” and wrongly attributed to Giga Bokeria can no longer be found, while the posts by Corridor of Shame can still be accessed. All the three politicians, Zurab Chiaberashvili, Gubaz Sanikidze and Giga Bokeria, declared that the circulated quotes were fake and that they had never made such statement. 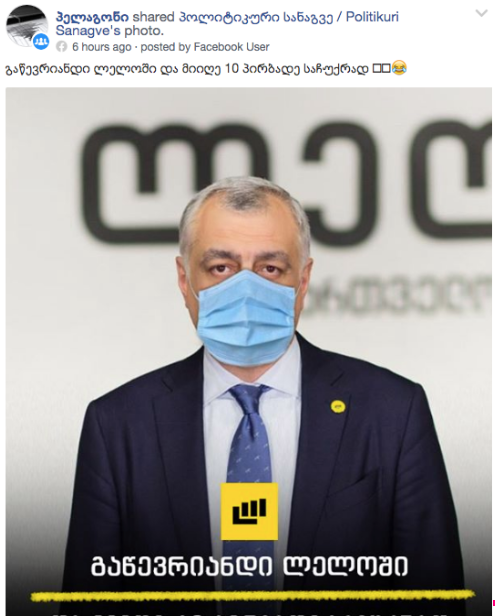 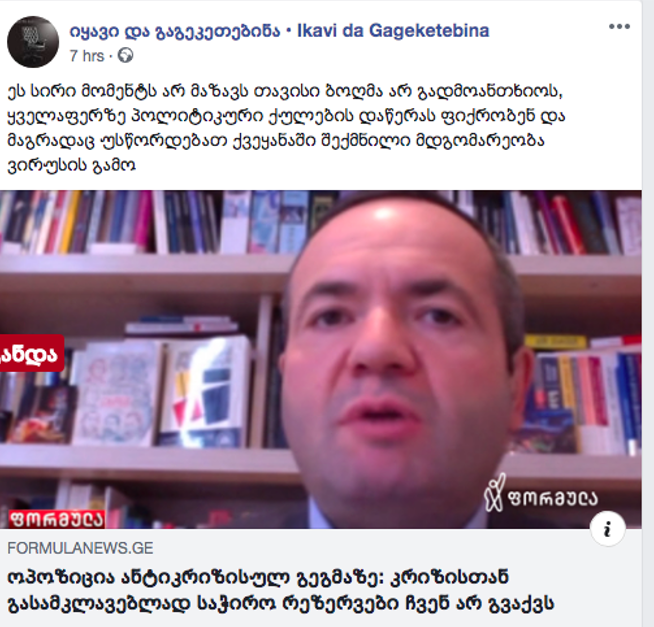 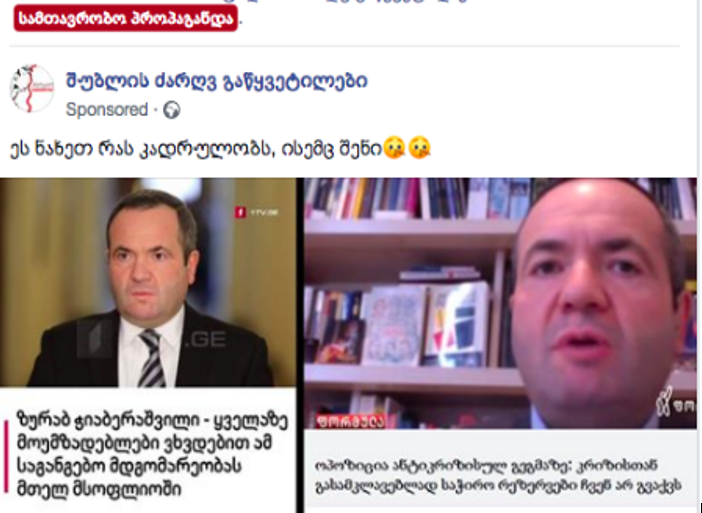