False Information about Masks is Disseminated in the Name of Paata Imnadze and Cloned on.ge 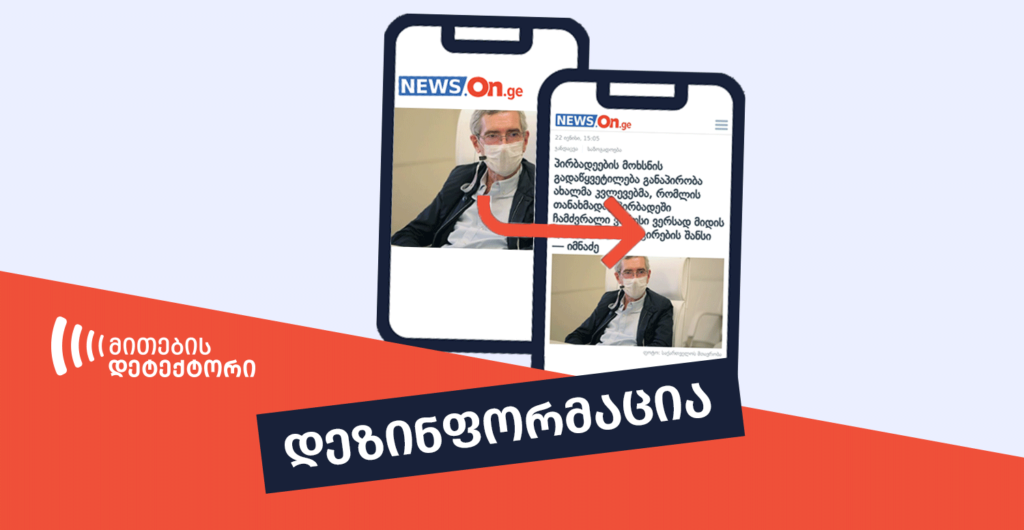 On June 22, Facebook user Lego published a screenshot from online publication On.ge featuring the photo and the quote of Paata Imnadze. According to the screenshot, Paata Imnadze stated as if the decision to remove masks was determined by the recent study, according to which “virus that slips into the mask cannot go anywhere and increases the chance of infection”. 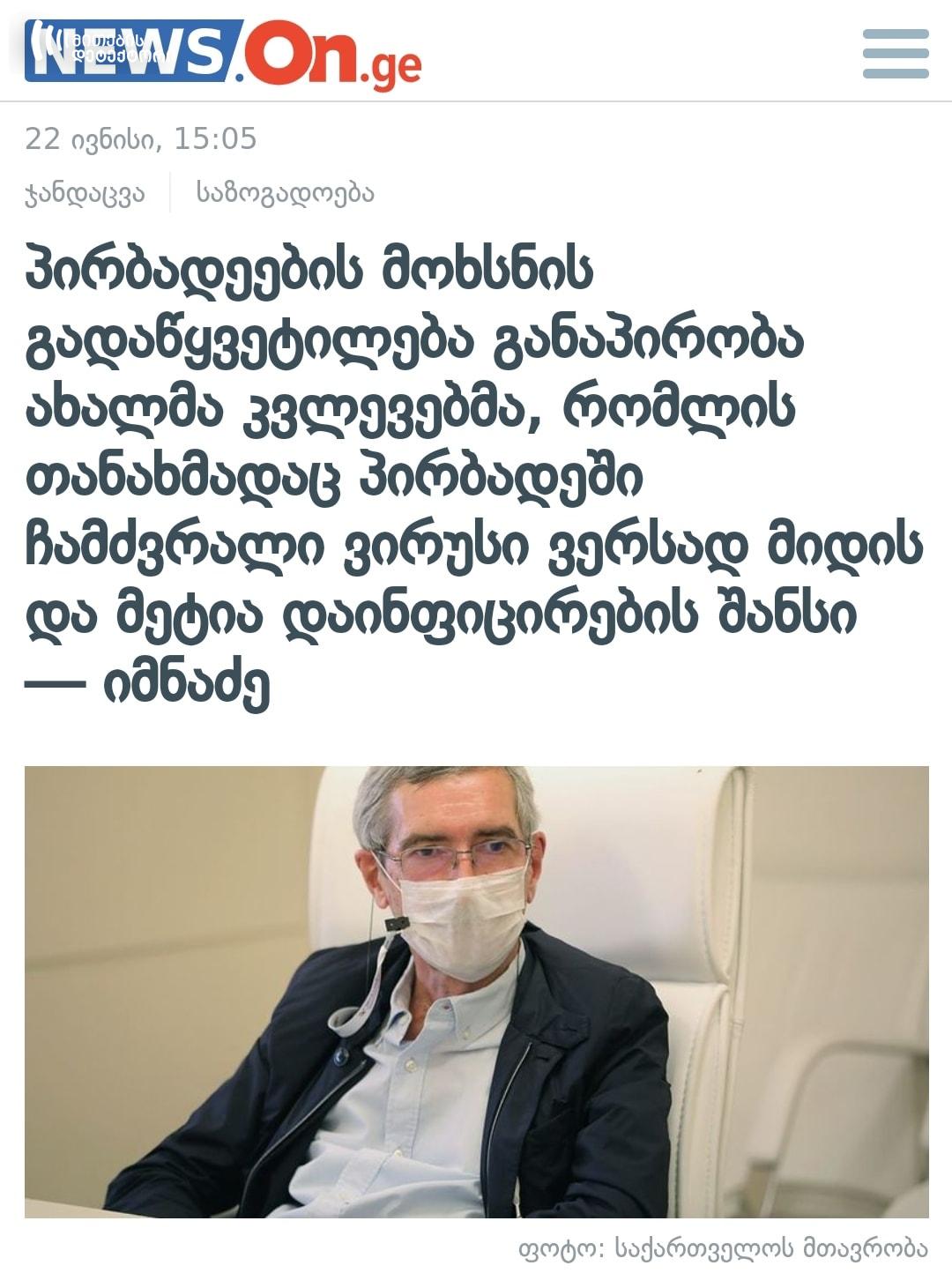 The disseminated screenshot is false. No such statement from Paata Imnadze can be found on the On.ge webpage. Whereas, based on current studies properly wearing masks significantly reduce the chances of viral transmission.

No such statement from Paata Imnadze can be found on the online publication On.ge webpage. On.ge’s editor-in-chief Khatia Ghoghoberidze published a post on her Facebook, noting that On.ge didn’t spread the aforesaid article nor did Paata Imnadze made such statement.

An identical or context-wise similar statement of Paata Imnadze also cannot be found in open sources. In accordance with the June 22 decision of the Coordination Council, wearing masks will no longer be mandatory outdoors from June 22.

“Myth Detector” has fact-checked other false quotes and information disseminated with the On.ge logo numerous times:

As for mask-wearing, according to the World Health Organization, masks are one of the effective measures of protection against the virus and play a significant role in transmission prevention when recommendation compliance is high and it’s used accurately. Read more on the importance of mask-wearing in the articles by “Myth Detector”: