False Information about Irakli Kobakhidze in the Name of Tabula 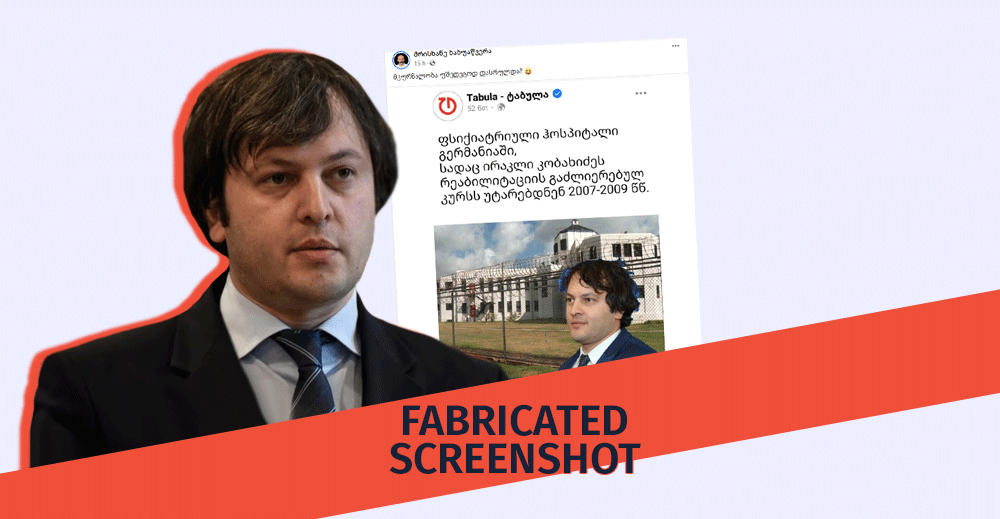 On January 19th, a screenshot with the logo of the online outlet “Tabula” about Irakli Kobakhidze was distributed on social media. According to the inscription, in 2007-2009, the chairman of the “Georgian Dream” party was undergoing an intensive rehabilitation course in a psychiatric hospital in Germany. 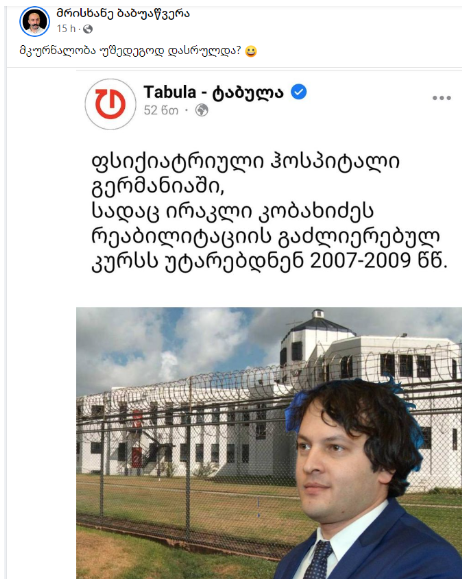 The screenshot distributed in the name “Tabula” is fabricated. In fact, the outlet did not publish any post of similar content. This was also confirmed by the editor of Tabula in a conversation with “Myth Detector.”

The last post about Irakli Kobakhidze published on the Facebook page and website of “Tabula” dates back to January 19th, and it was about Kobakhidze’s comment about the CNN interview with the head of the European Commission, Ursula von der Leyen. 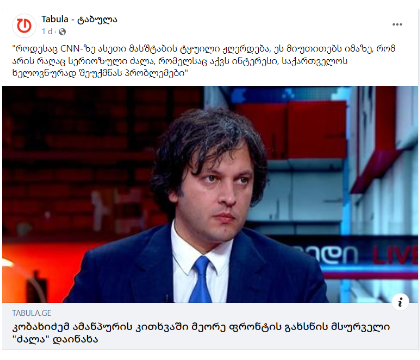 The mentioned screenshot depicts Irakli Kobakhidze against the background of a white building, which creates the impression that Kobakhidze was being treated in this institution. In fact, the building depicted in the photo is not located in Germany, but in the US, in the state of Texas, and it was not a mental institution but a penitentiary. In 2011, information about the shutdown of the mentioned institution was also reported. 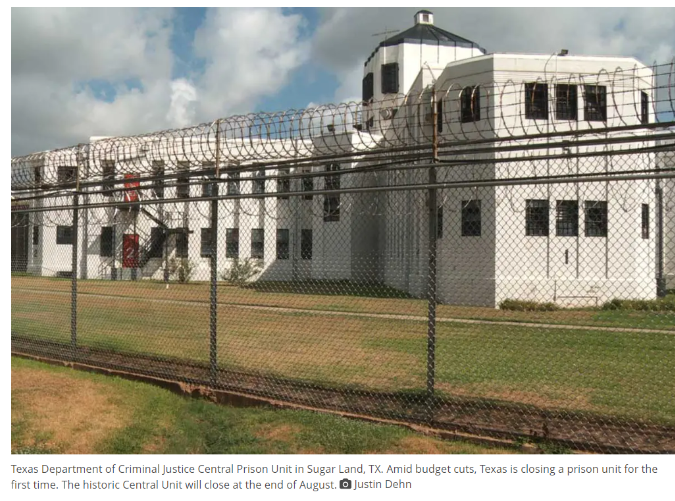 Levan Sutidze, the editor-in-chief of Tabula, has also denied the fact of publishing such a post in a conversation with “Myth Detector.”

The Facebook account “Mriskhane Babuatsvera” is the second Facebook profile of Tedo Abashidze. The latter has disseminated fabricated and satirical quotes in the past as well. For more, see the articles prepared by “Myth Detector:”