Fake Group of Society for Spreading Freedom with Suspicious Admin 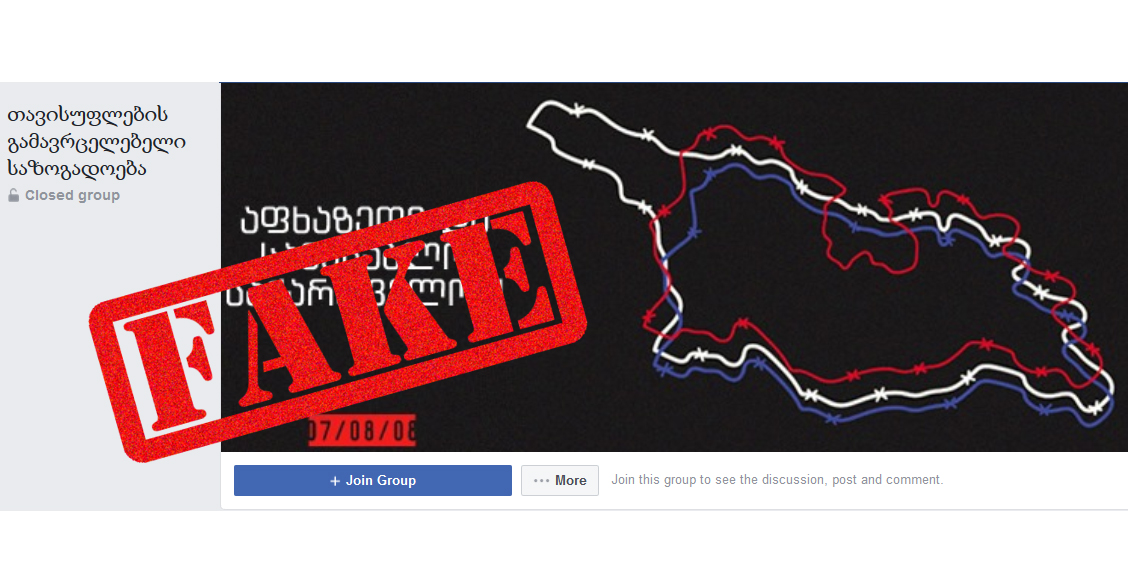 Society for Spreading Freedom (თავისუფლების გამავრცელებელი საზოგადოება) is a closed Facebook group, uniting about 10 000 members and organizing protest rallies outside the Parliament building on Rustaveli Avenue since June 21.

Another group also named Society for Spreading Freedom has recently emerged in social network, which is a fake group and is a clone of  the real group. According to “About this group” section, the fake group was created on June 21, 2019, the day after the launch of protest rallies and it unites only 62 members (as of June 26) , while the real group has been functioning since May 2018.

Facebook user Giorgi Rusia is an admin of the group created on June 21. 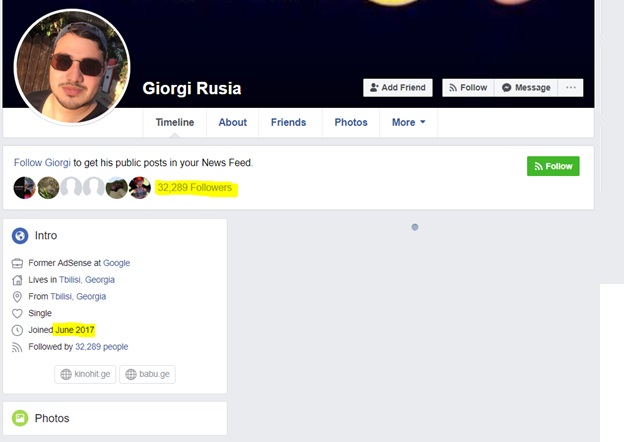 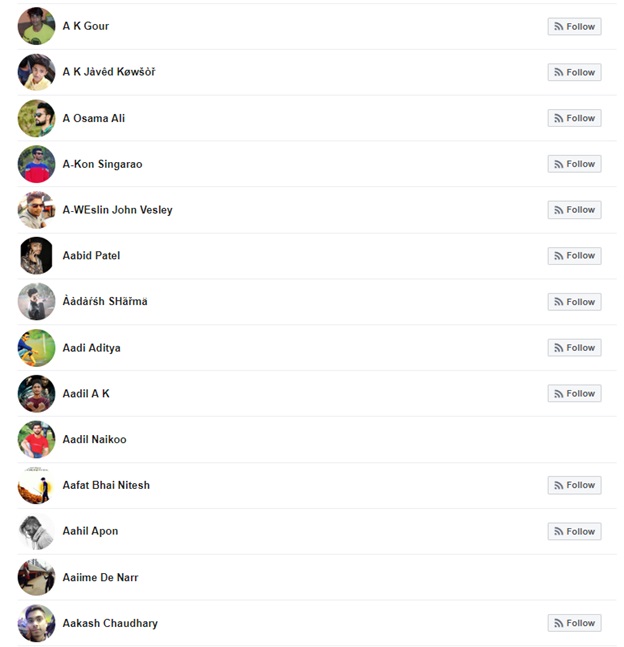 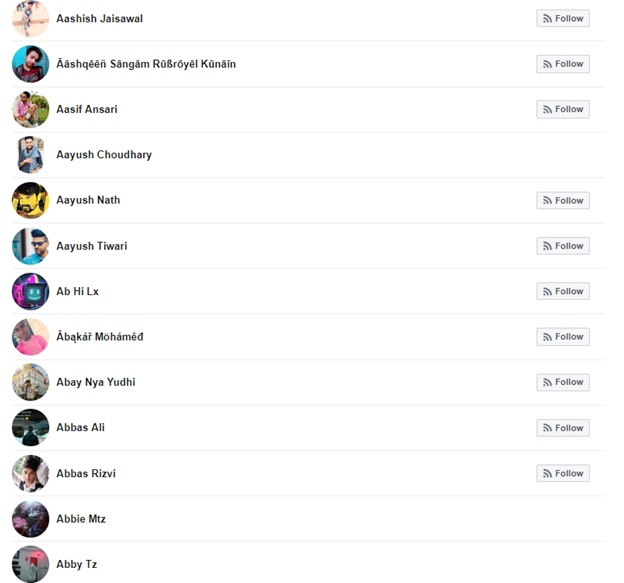 3. Giorgi Rusia’s timeline is empty with only one identifying photo. Using the Image Search Engine, Giorgi Rusia’s account was also found in Russian social network Vkontakte with two other photos. His Vkontakte account is attached to his Facebook account. 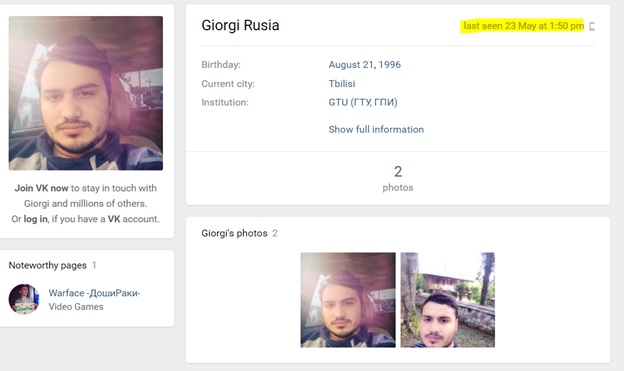 on the cover photo and select Give feedback or report this profile. Then a new window will open, asking to select the reason of reporting; select “fake account” and click Send. 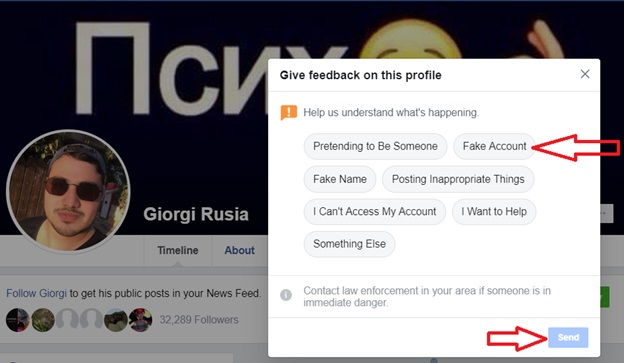 How to report a fake group?

We follow the same steps in case of reporting a fake group, but simply select Spam as the reason of reporting. 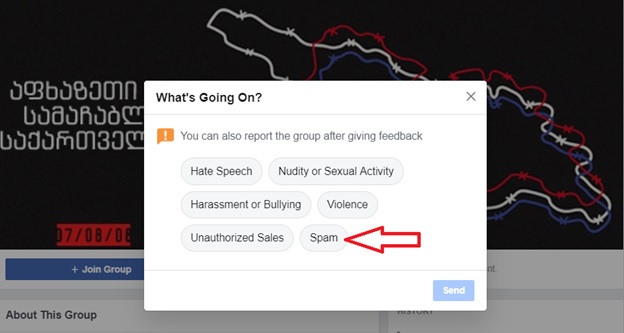