Failure on Akhaltsikhe-500 substation or a response to protest against Namokhvani HPP – what caused the power outage? 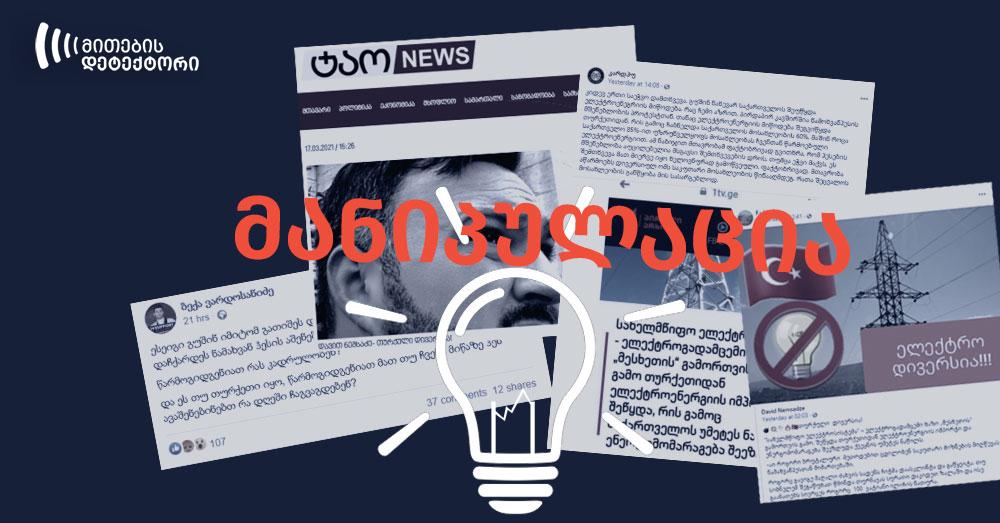 On March 17, after midnight, the power supply was cut off in most parts of Georgia. This became the basis of conspiracy theories and was considered as Turkey’s response to a demonstration against Namokhvani HPP.

A military blogger, David Nemsadze, portrayed the power outage on March 17 as an energy sabotage, highlighting that a “friendly Turkey” arranged this after experiencing an anti-Turkish attack.

Facebook user, Beka Vardosanidze, stated that the electricity was cut off to speed up Namokhvani HPP construction. At the same time, a Facebook page “Kardhu” argued that the Georgian government made a subversive move against its population, which was related to the protest against Namokhvani HPP. 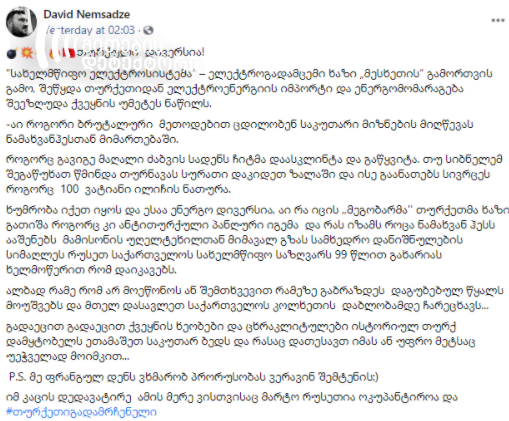 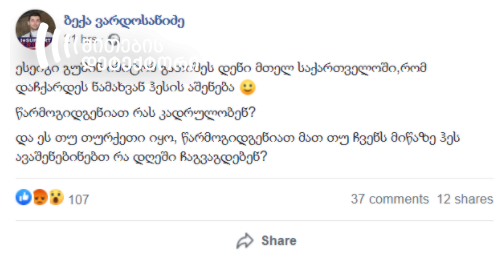 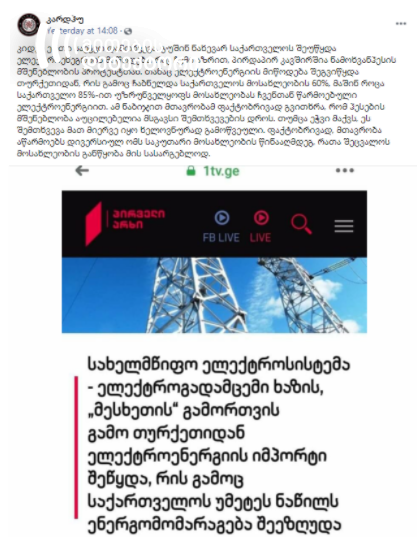 Considering the power outage on March 17 as a sabotage from Turkish side or the government is a manipulation, as the failure of substation Akhaltsikhe-500 caused the outage. Georgian State Electrosystem owns the mentioned substation, which rules out the Turkey’s culpability.

On March 17, at 00:04, the Akhaltsikhe-500 DC converter substation was shut down. Consequently, power import from Turkey was suspended and partial power outage occurred in Tbilisi, Gori, Khashuri, Zestaponi, Marneuli, Zugdidi, Adjara, and Kakheti. Georgian State Electrosystem explained the reasons for the power outage in their statement. Due to the ongoing rehabilitation works on the Enguri HPP and the gas pipeline (“North-South Caucasus”), 70% of Georgia’s electricity supply is imported. Therefore, accidents at substations impact the power supply for users.

On the Georgian State Electrosystem

State Electrosystem is one of the two owners of the electricity transmission grid in Georgia. Consisting of 3550 km power lines and 93 substations, the company supplies electricity from power plants to distribution companies (JSC Telasi, JSC Energo-Pro Georgia). Additionally, the Georgian State Electrosystem provides power exchange with neighboring countries. During maintenance works or accidents at the grid the company has to shut down its substations and power lines. 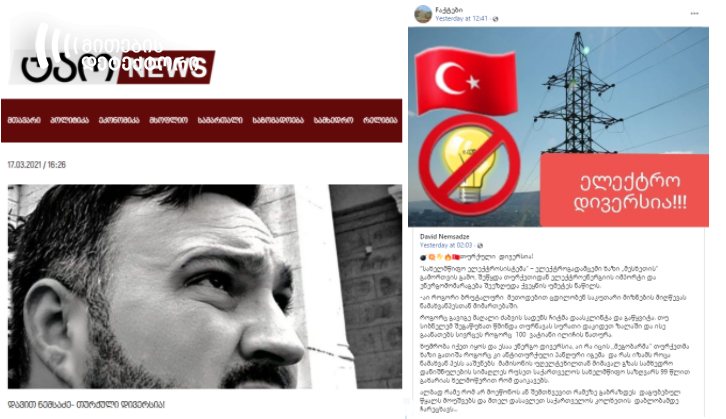 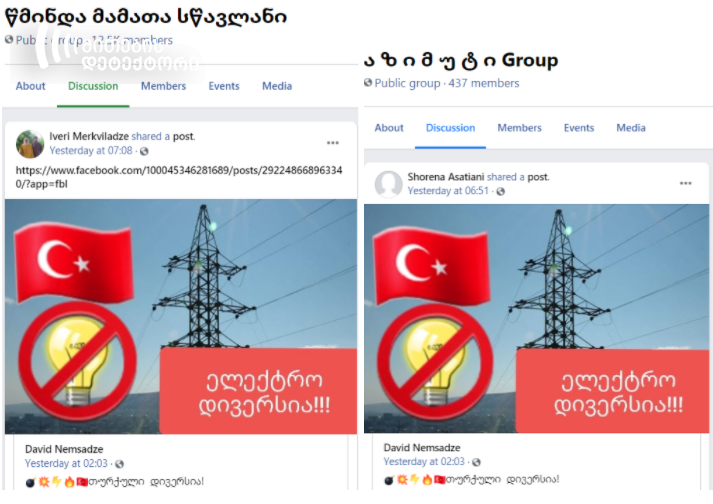