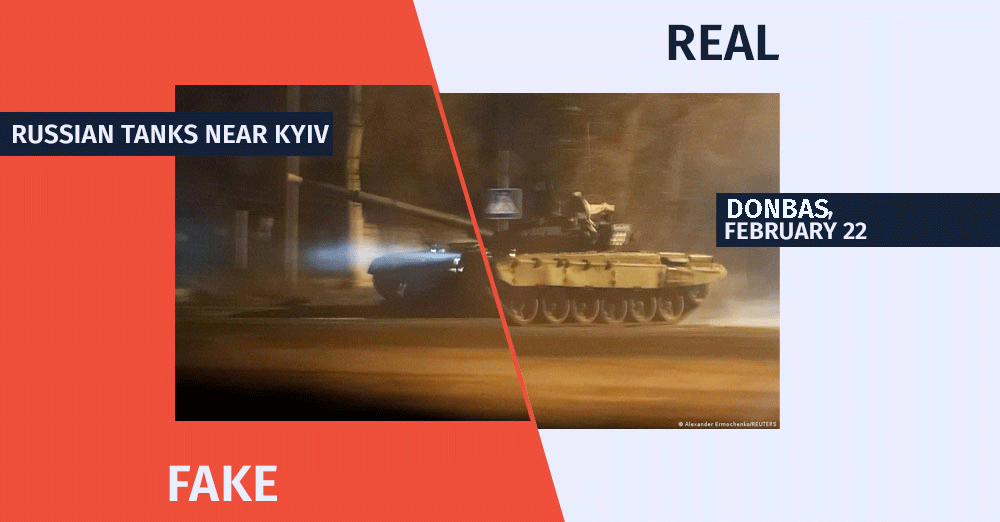 On February 24th, 2022, the Facebook page “Cardhu” published a photo showcasing a tank. The description of the photo indicated that Russian tanks had appeared on the outskirts of Kyiv. 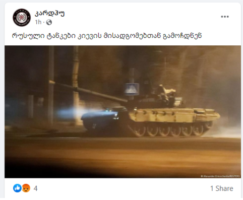 The photo published by “Cardhu” was taken not on the outskirts of Kyiv, but in Donetsk on February 22nd, after Vladimir Putin ordered the deployment of Russian troops in Donbas and Lugansk.

The photo was taken on February 22nd, two days before Russia launched the full-scale military attack against Ukraine. In fact, the photo was shot in Donbas. The photo was taken after Russian President Vladimir Putin recognized the independence of the two breakaway regions of Eastern Ukraine and ordered the deployment of Russian troops in those regions. 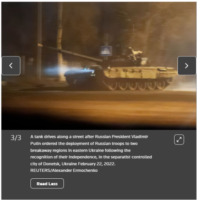 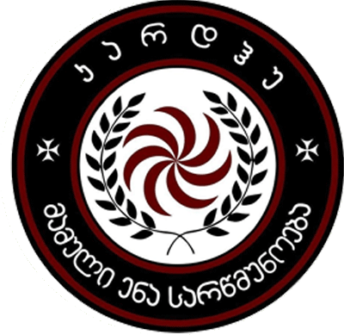