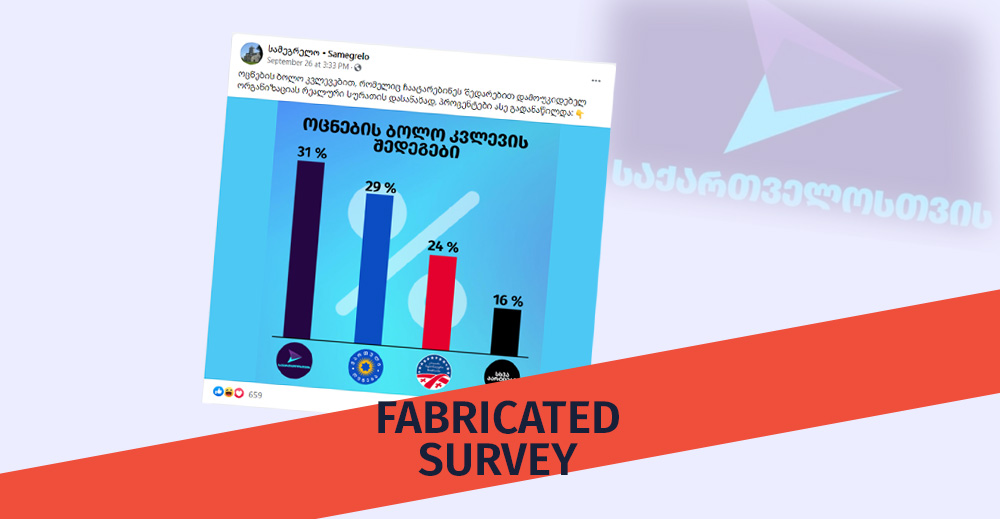 On September 28th, the Facebook page სამეგრელო • Samegrelo published a post, claiming that the party “For Georgia” of Giorgi Gakharia, the former Prime Minister, takes the lead in the results of the pre-election survey carried out by the incumbent “Georgian Dream” party with 31% of the votes, leaving the ruling party (29%) behind. The post, indicating no source or the contracting organization, is being circulated using the following description: “According to the latest survey by the Georgian Dream, which was carried out by a relatively impartial organization to depict a more accurate image, showcased the following.” Not to mention, the description revealed neither the geographical area where the survey was conducted nor the formulation of the question asked to the respondents. 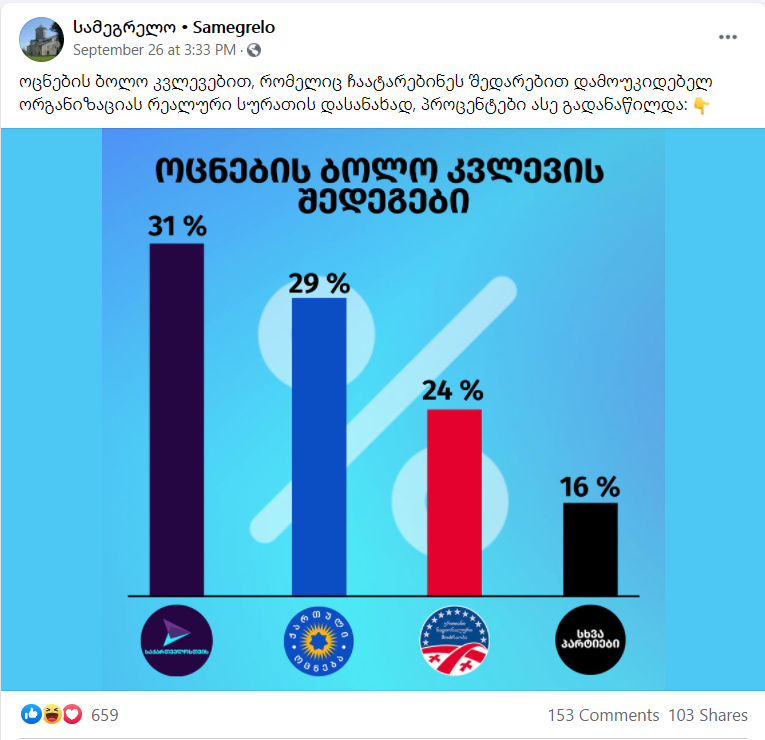 The findings pointed out in the post are disinformation since no pre-election survey carried out by the Georgian Dream, where Gakharia’s party takes the lead, cannot be found in any open source. Georgian Dream published several surveys in August and September. The ruling party takes first place in all of them, and the share of the “For Georgia” party is lower than 31% in every single one of them.

In fact, no pre-election survey conducted by the “Georgian Dream” puts Giorgi Gakharia’s party in the lead. On August 13th, Shalva Papuashvili, public relations secretary of the “Georgian Dream” party, presented the results of the internal sociological survey, where the Georgian Dream received 46.3% of the votes in Tbilisi. According to the survey, the party “For Georgia” takes fourth place with 5.2%.

Apart from “Georgian Dream,” commissioned by “Imedi TV,” a pre-election survey was carried out by GORBI. On the question – if the local self-government elections were held today, whom would you vote for? – 47,2% named the “Georgian Dream” party. Giorgi Gakharia’s party took third place with 6.9%.

Facebook page სამეგრელო • Samegrelo was created on September 24th, 2020. According to the description, the page aims to popularize the beautiful nature of Samegrelo and promote tourism in the region. However, during the pre-election period, the page actively shares posts supporting Giorgi Gakharia, his party, and former Zugdidi mayoral candidate Gega Shengelia and even uses hashtags (#Zugdidi For Georgia, #GegaAsMayorOfZugdidi, #Choose25)  to encourage the voters to support the “For Georgia” party and its mayoral candidates. 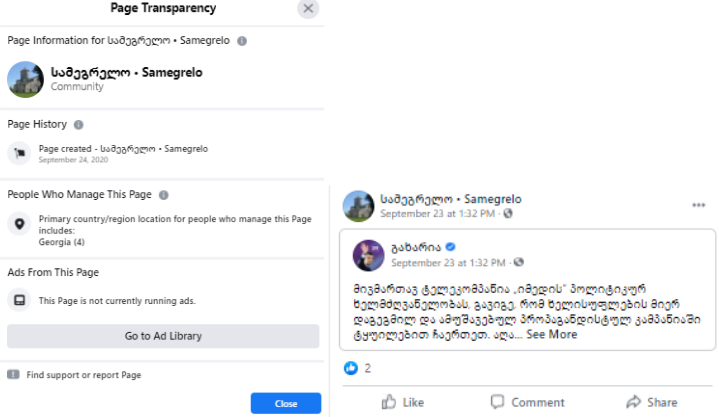 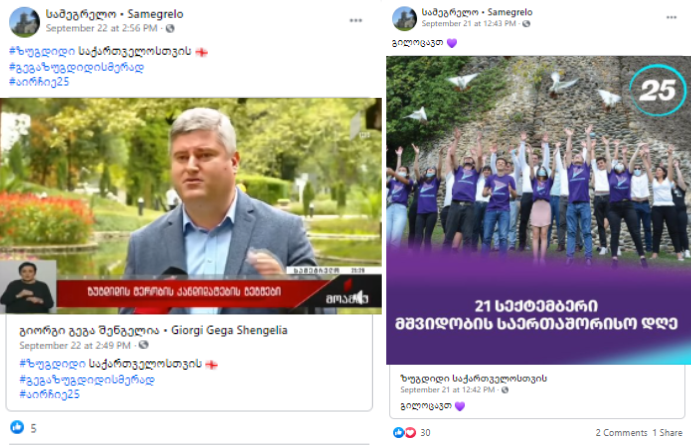 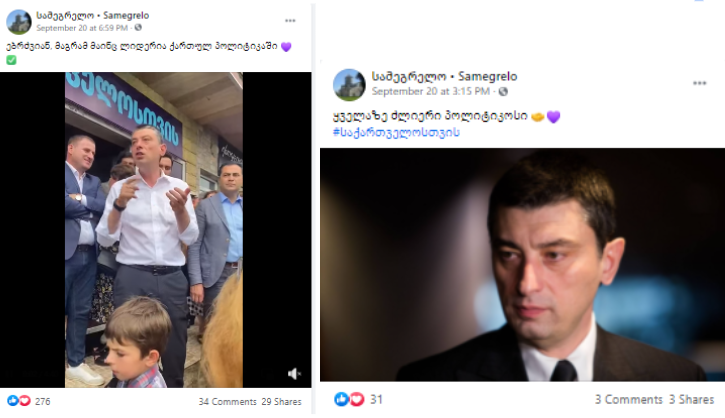