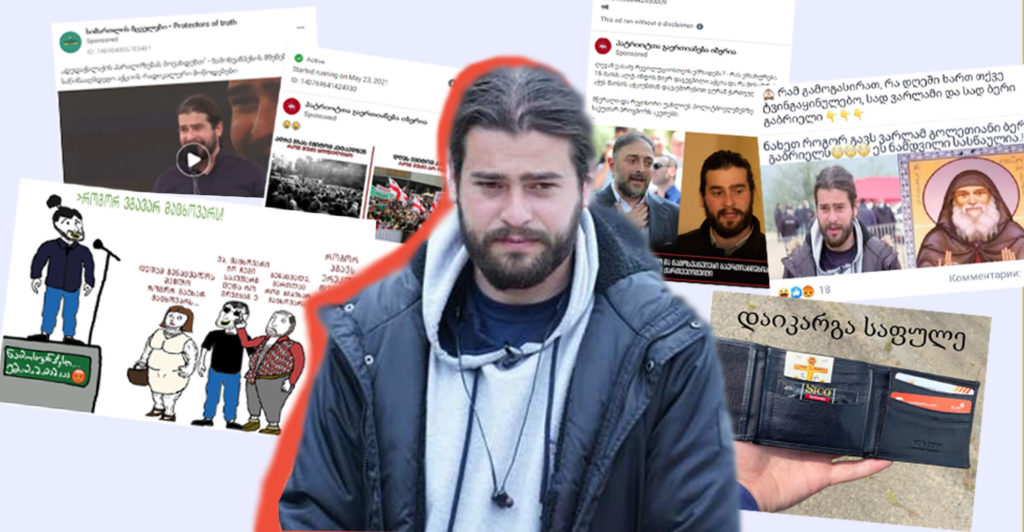 A protest rally held in Tbilisi on May 23 against the construction of the Namakhvani Hydropower Plant in western Georgia’s Rioni Gorge has prompted fake pages to spread discrediting posts. Myth Detector has identified four active Facebook pages with three of them trying to discredit and make fun of the organizers of protests on May 23 and during previous months. Two of four pages were created in April 2021 and the other two were created in August and December of 2020. 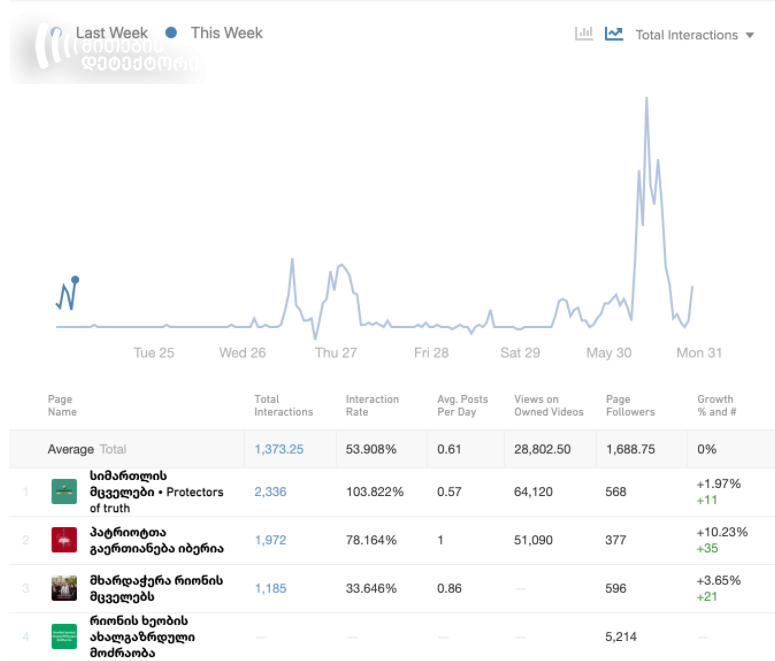 It is noteworthy that the page “მხარდაჭერა რიონის მცველებს” (Support for Rioni Gorge Defenders) created on April 26, 2021 publishes various posts supporting the organizers of protests. However, on May 23, when the rally was held in Tbilisi, the page uploaded a photo of a wallet showing the Crucifixion icon and Sico condom inside. According to the post, someone lost the wallet at the rally. The post aims at discrediting the rally; moreover, the fact that the page was expressing support to protests in its previous posts points to its controversial nature. 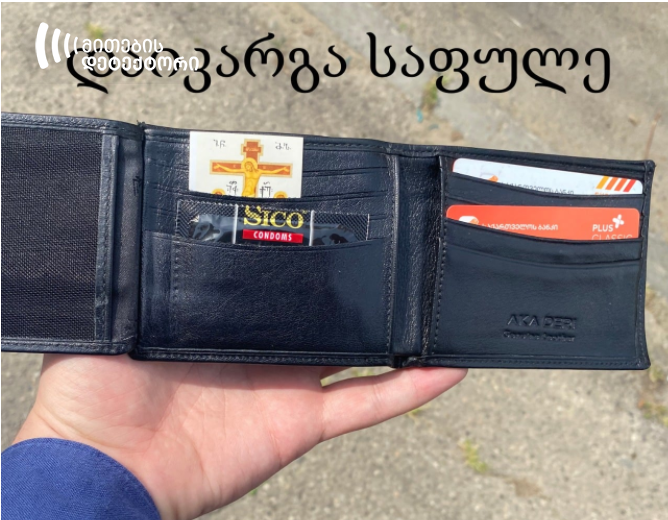 The page “სიმართლის მცველები • Protectors of truth” was created on April 27, 2021 and all of its posts are about the organizers of protests. According to the posts published on the page, the rally is not peaceful, but rather used to voice threats and radical calls. 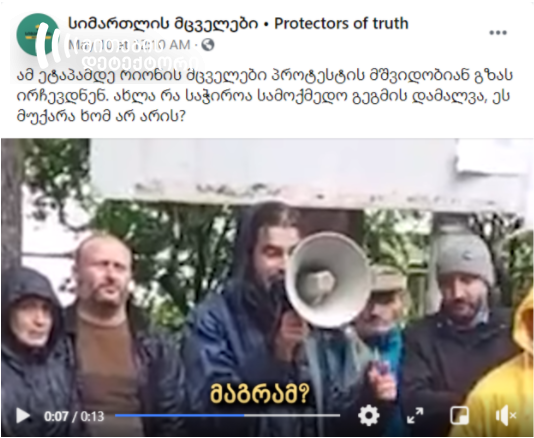 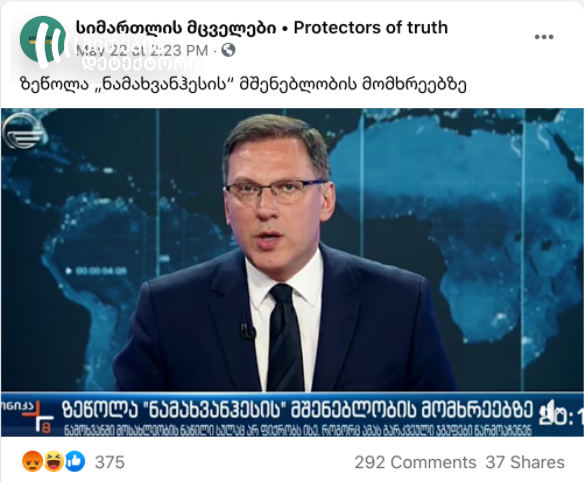 On May 23, the page published a sponsored post involving Varlam Goletiani’s statement to paralyze the capital unless the government meets their demands. 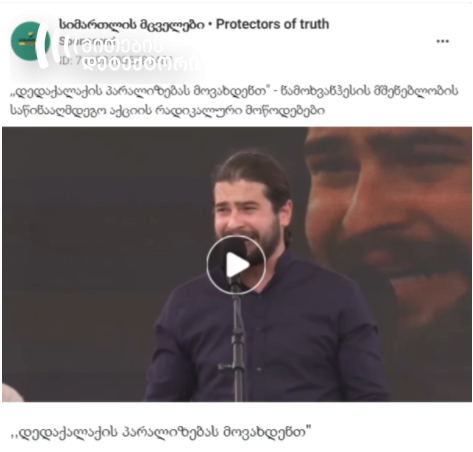 The page “პატრიოტთა გაერთიანება იბერია” (Union of Patriots Iberia) created on August 24, 2020 published two sponsored posts related to Navakhavi HPP in May. According to Ad Library, the page has not published other sponsored posts since the day of creation. 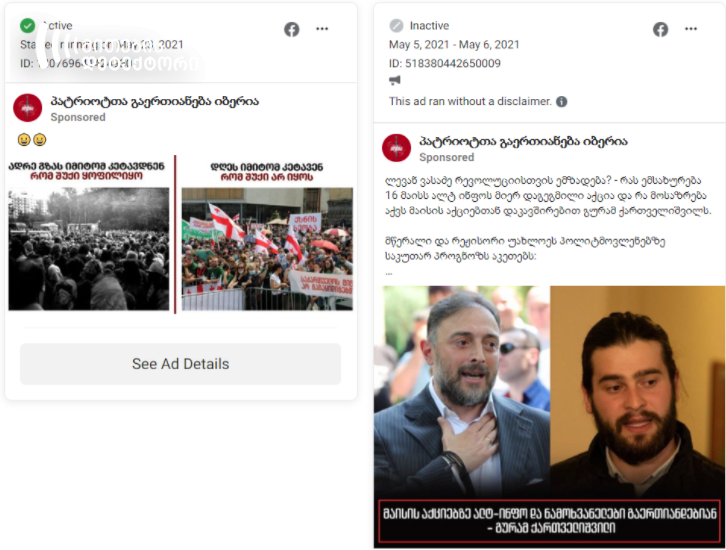 Through its posts, the page is actively trying to link the activists to the leaders of violent groups, including Levan Vasadze and Guram Palavandishvili, as well as Russia. 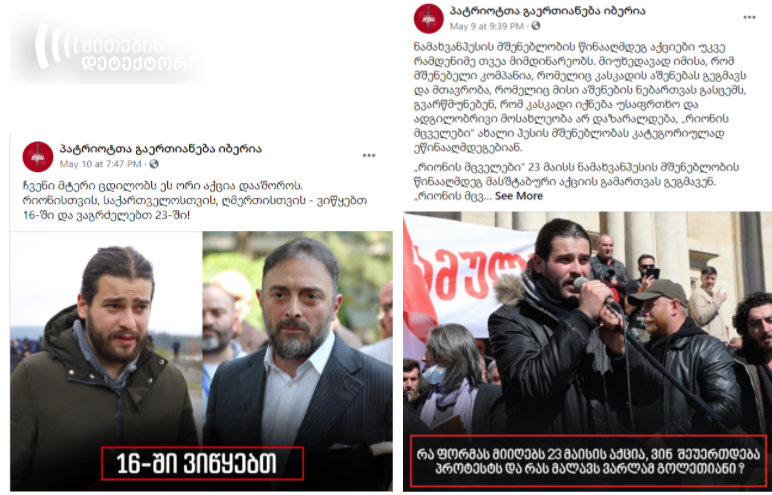 The page “პატრიოტთა გაერთიანება იბერია” has published the post by Berdia Kalandia, stressing that Kalandia spreads a joke on social media. The original post, however, is misleading, because the majority of readers viewed it as a real story. An identical post was also published on Facebook by a pro-government journalist, Nino Jgarkava, which was later copied by geotimes.com.ge and passed off as real. 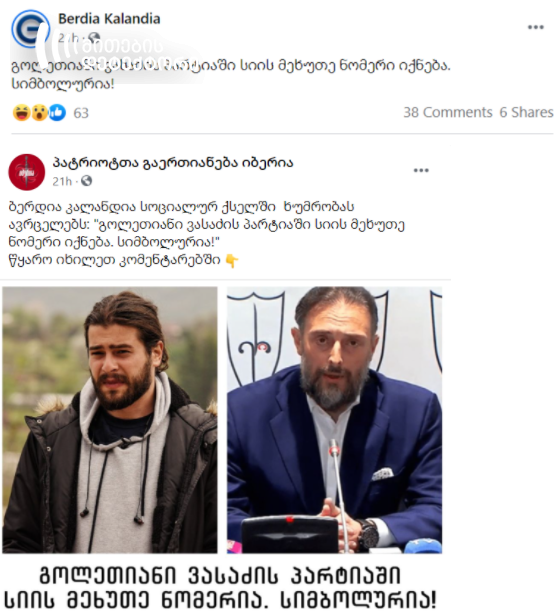 One more Facebook page “რიონის ხეობის ახალგაზრდული მოძრაობა” (Youth Movement of Rioni Gorge) was created on December 28, 2020 and given its name, it poses as a supporter of Namakhvani HPP protests. But in fact, it is a fake support page, which shares the statements made by the ENKA company and those persons who are critical of the rallies.

The page linked the anti-Namakhvani HPP protests to Roman Lomtatze, so called “thief-in-law,” and accused protesters of violent actions. 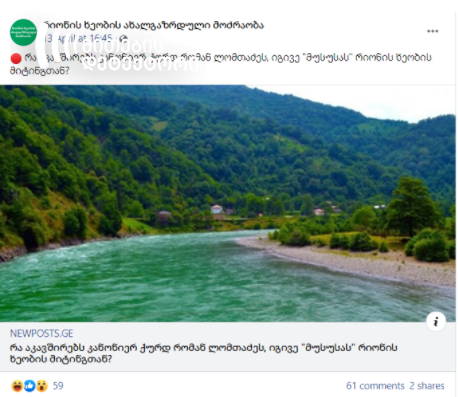 On May 23, Facebook user Mate Gulua spread Varlan Goletiani’s meme in a group /სცმ/, apparently, in response to the posts, which compared Goletiani to Christ and Georgian Orthodox monk Gabriel. On April 26, Facebook page “ერთი მილიონი ქართველი” (One Million Georgians) spread a poem, apparently to make fun of Varlam Goletiani, reading that “Varlam is better than Christ.” Currently, the post is no longer available on the page. 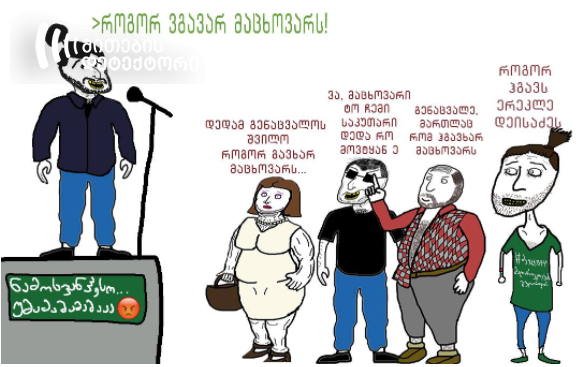 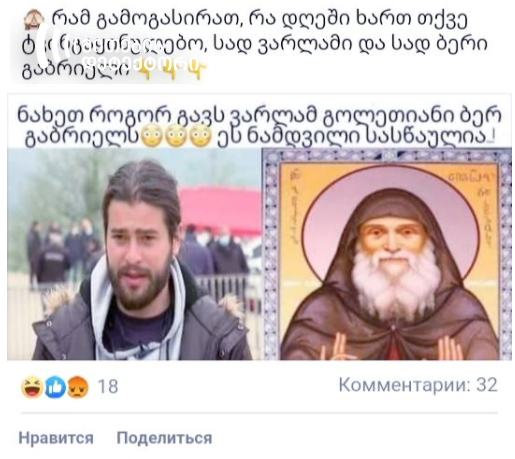