Facebook Accounts Alleges Non-vaccinated People Will be Quarantined in Australia 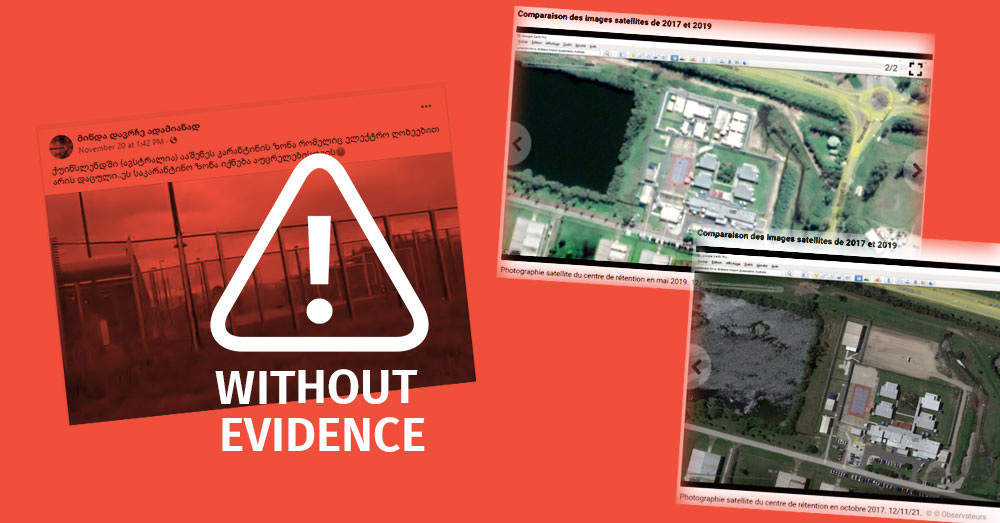 On November 20th, the Facebook account “Minda Davrche Adamianad” [I want to remain human] published a video that allegedly depicts a quarantine zone for non-vaccinated people in Queensland, Australia, surrounded by an electrical fence. 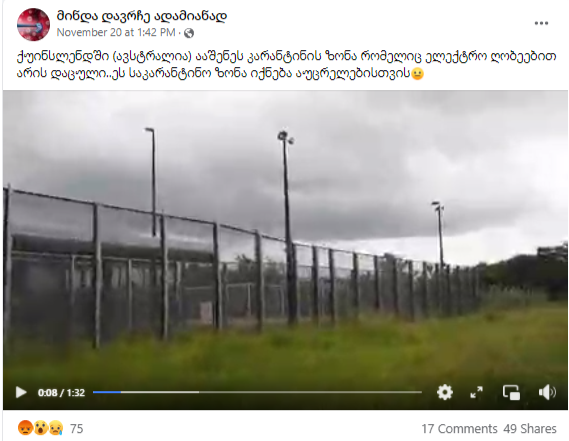 The information voiced in the post has no factual basis. In reality, the footage shows the extension of a detention center near Brisbane airport. Additionally, the construction took place before 2019, therefore this facility is not related to the Covid-19 pandemic.

The video was first published on November 11th on a Twitter account named Pelham. Shortly after, the video went viral – in just a few days it received over 2500 likes and almost 2000 shares.

The French Fact-checking website The Observers (France 24) searched for the facility using satellite footage and managed to identify its actual location. According to The Observer, the actual building exists and it is a part of the immigration centre in Brisbane, Queensland. The immigration centre has venues for detaining persons who arrived in Australia without adequate visas and/or permits. The centre has been recently expanded, however, the construction took place before the emergence of the Covid-19 pandemic. 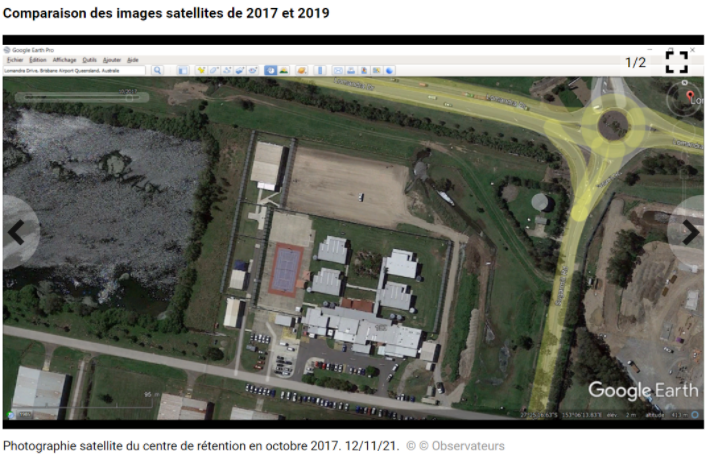 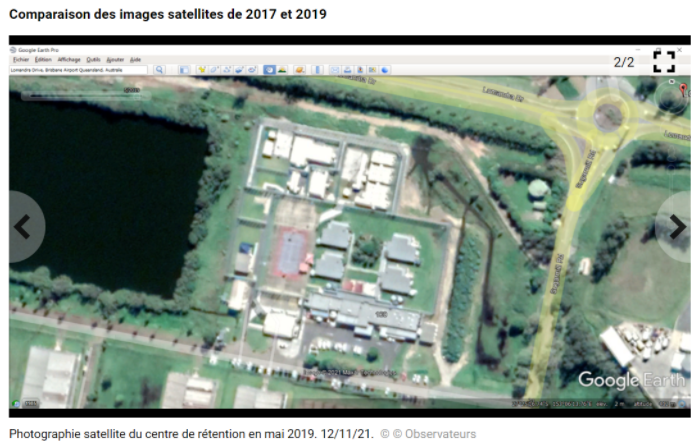 Queensland government has announced the new set of regulations to be enforced from December. They will further limit the unvaccinated citizens from attending restaurants, cinemas, sports facilities and festivals. Nevertheless, Queensland’s current full immunisation rate is 73.3 per cent, whereas 84.6 per cent received at least one dose of the Covid-19 vaccine. However, there is no evidence that unvaccinated citizens will be placed in special enclosed facilities with electrical fences.