On May 15th, the Facebook user ‘Nino Sharabidze’ published an alleged quote from the famous American businessman David Rockefeller. The post ascribes to Rockefeller the following words: “It is necessary to organize world processes in such a way that the Arabs kill the Arabs, the Slavs kill the Slavs. We cannot allow the third world countries to reach such an economic level as the United States, otherwise America will be covered by such a crisis that each state will think about sovereignty.”

The quote of Rockefeller has also circulated in Russian-language blogs and websites (1, 2) in May 2018, after his death. 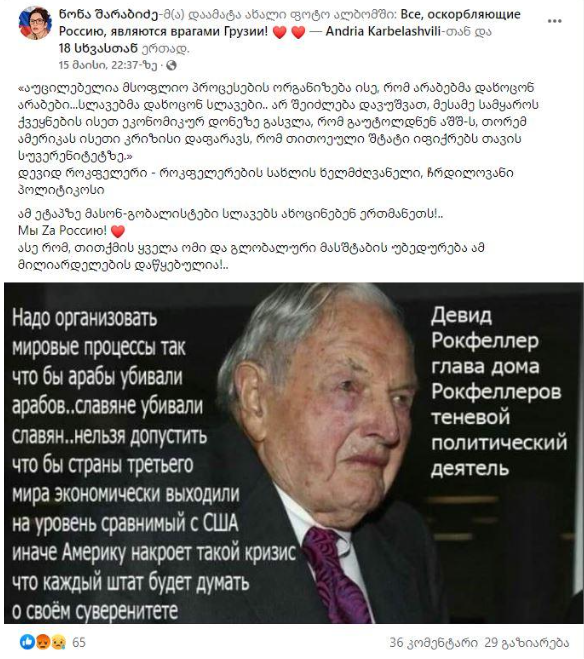 The quote ascribed to David Rockefeller is fabricated. Nino Sharabadze’s post does not indicate the source that would confirm the authenticity of the information. Furthermore, no quote with similar content can be found in credible open sources.

David Rockefeller delivered a speech at a dinner for UN ambassadors in 1994, noting that the collapse of the Soviet Union and the collapse of the centralized planned economy created the possibility of establishing a new world order, with ethnic nationalism being the main threat resulting from these new developments. He denoted the need to unite forces and work together for dealing with these challenges and underscored the vital role of the United States in this process. Neither at the dinner of the UN ambassadors nor in other speeches, the quote mentioned in the description of Nino Sharabidze’s post was said by Rockefeller. 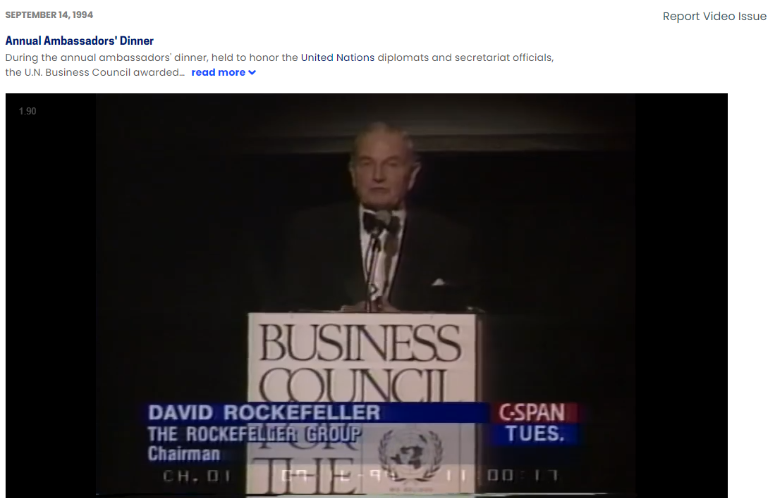 The famous American professor, businessman and philanthropist David Rockefeller and his family often become the targets of conspiracies. False information about Rockefeller has been fact-checked by Myth Detector in the past as well. For more details, see: