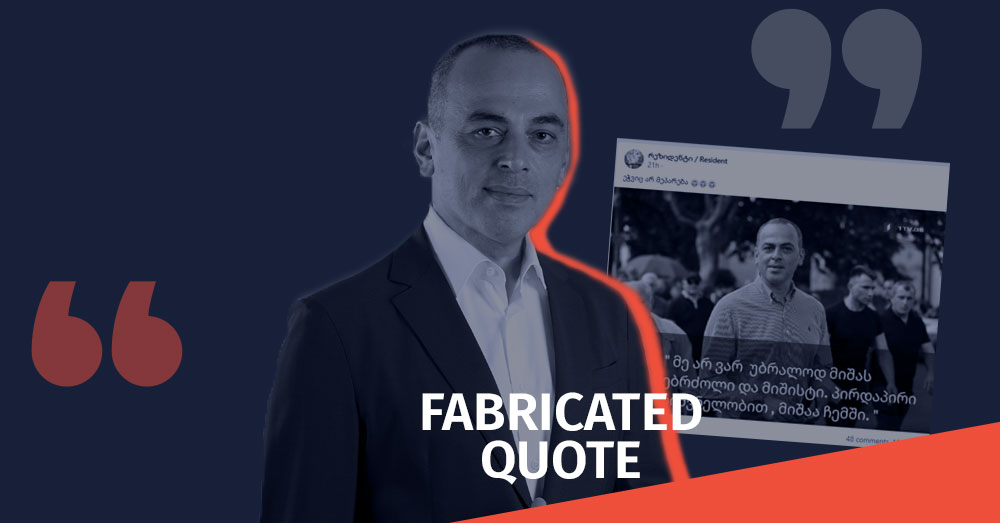 On November 3rd, the Facebook page “Resident”posted a screenshot with the Georgian Public Broadcaster (GPB) logo, which features a photo and an alleged quote of Levan Varshalomidze where he states that he is not only Saakashvili’s comrade-in-arms, but Misha literally lives within him. 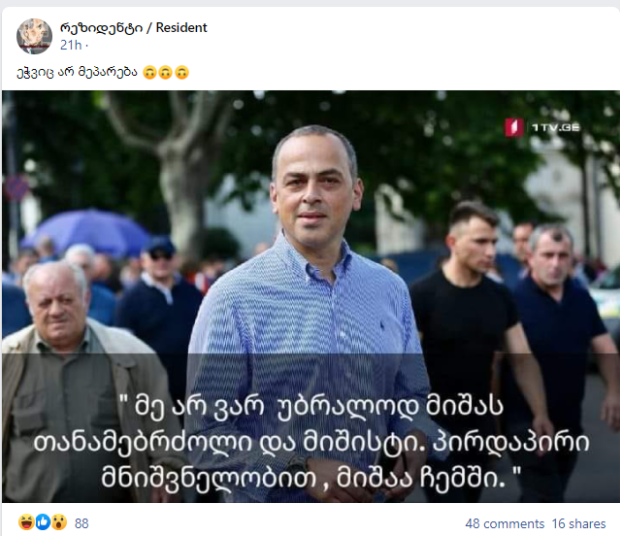 The screenshot disseminated by the page “Resident” is fabricated. Neither the Facebook page of GPB nor any other open-source contains identical or similar statement made by Levan Varshalomidze.

In order to verify the information, Myth Detector contacted the Georgian Public Broadcaster. The head of the GPB’s online group, Tamar Katsitadze, confirmed that no such information has been published either on thewebpage or theFacebook page of GPB. Nonetheless, the picture used in the fake post has indeed been taken from thewebsite of GPB. 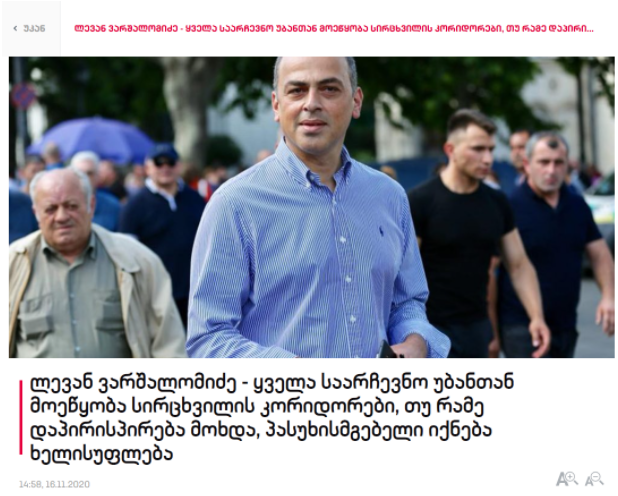 Facebook page “Resident” used the picture of Levan Varshalomidze from thematerial published by the GpB on November 16th, 2020. The leader of the Ajara office of the United National Movement claimed that if any confrontation occurred during the second round of elecitons, the incumbent party would be one to blame.

The latest statement found on the internet made by the UNM member Levan Varshalomidze concerns his resignation from the parliament. On November 1st, Varshalomidze, along with other members of the United National Movement, Nona Mamulashvili and Ana Tsitlidze, refused toaccept the MP mandate.

About the Source
Facebook page რეზიდენტი / Resident was created on August 15th, 2021 and has links with Irakli Jankarashvili, the author at  Tvalsazrisi.ge and the supporter of the Alliance of Patriots of Georgia.Jankarashvili shared the fabricated quote into the following Facebook groups:Bidzina Ivanishvili & Georgia, ჩვენი მხარდაჭერა გახარიას! [Our Support to Gakharia]. 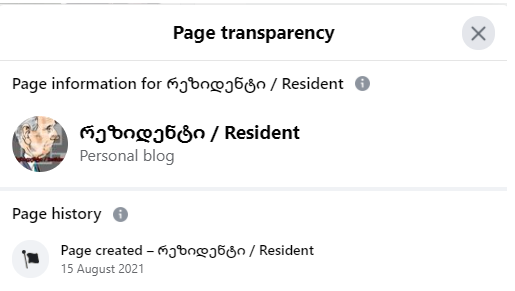 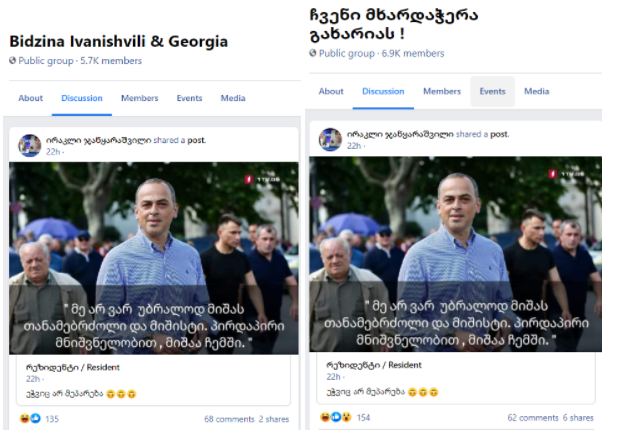 The connection between Irakli Jankarashvili and the Facebook page “Resident” can be further confirmed by the identical posts published by them at the same time. 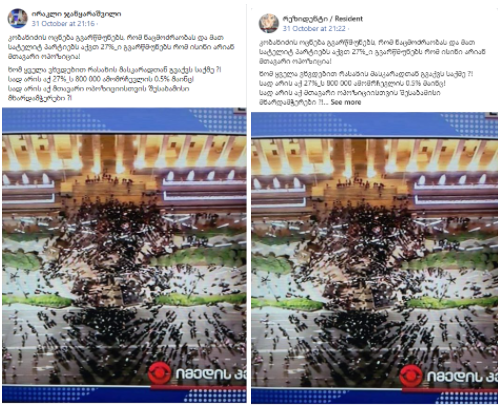 Jankarashvili has been disseminating fabricated quotes in the name of mainstream media in the past as well. See the articles of “Myth Detector:”

A Fabricated Quote Disseminated in the Name of Mikheil Saakashvili’s Son;