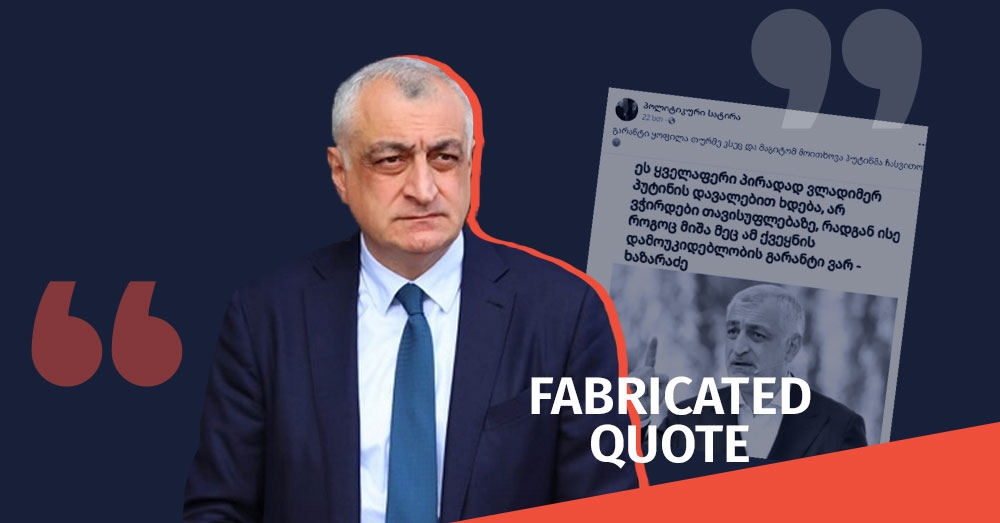 On January 10th, 2022, the Facebook account “Political Satire” published the following quote in the name of Mamuka Khazaradze, the leader of the “Lelo – for Georgia” party: “All this happens by the instructions of Vladimir Putin, he doesn’t need me free, because like Misha [Saakashvili], I am the guarantee of the independence of this country.” 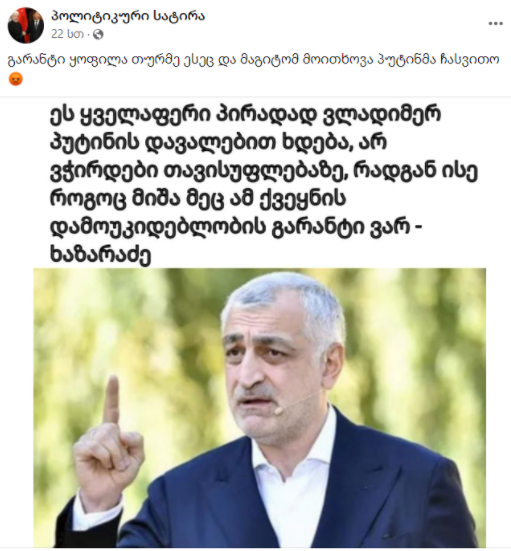 The quote was disseminated in the context of the controversial money laundering case against TBC bank founders, Mamuka Khazaradze and Badri Japaridze and businessman Avtandil Tsereteli, who were charged under Article 194 (2a, 3c) of the Criminal Code, involving the legalization of illegal income. Notably, on January 12th, Tbilisi City Court found them guilty, sentencing them to seven years in prison; however, they were not put to jail since the statute of limitations were passed by the time of the ruling.

The quote published by “Political Satire” is fabricated. No open-source contains a statement made by Mamuka Khazaradze with identical or similar content. The Facebook account “Political Satire”, which often publishes discrediting posts of the media and the opposition, has been suspected of spreading fabricated quotes in the past as well.

The Facebook account “Political Satire” often publishes posts supportive of the pro-Kremlin Alliance of Patriots of Georgia party and seeks to discredit the opposition and critical media outlets. The account ismanaged by Irakli Jankarashvili, a supporter of the Patriots Alliance. For more on “Political Satire” and other cases of disinformation spread by it, see Myth Detector’s materials: