Editorial Position of Sputnik and Politicano on Venezuela = Kremlin’s Position 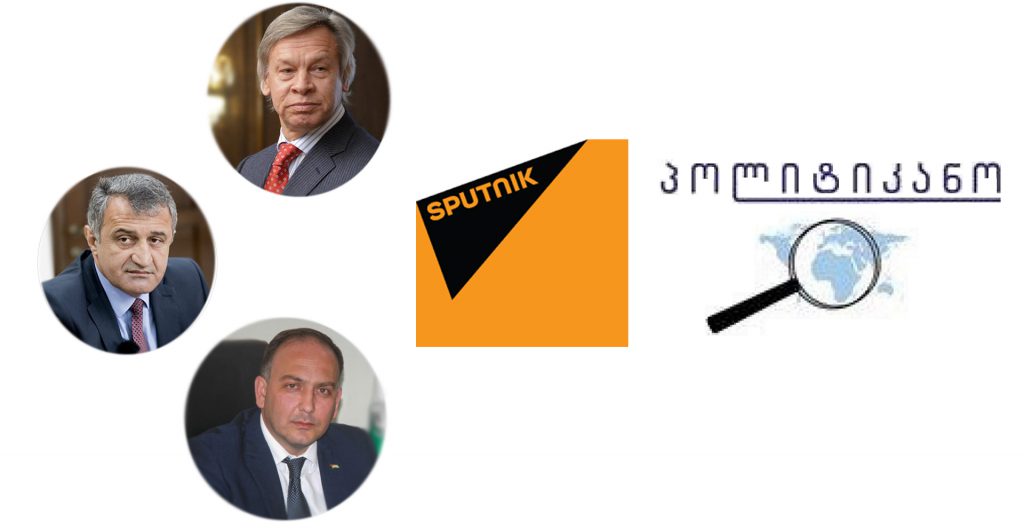 The Kremlin’s propaganda narrative about the current situation developments in Venezuela which coincides with Russia’s official position, is distributed by Sputnik-Georgia’s Abkhazian and South Ossetian Russian-language websites and Facebook page “Politicano”. They depict popular protests against President Maduro’s socialist regime as a “disorder” organized by the United States and accuse the US of interfering in affairs of other countries.

From January 23 to 28, 2019, Abkhazian and so-called South Ossetian websites of Sputnik-Georgia published minimum of 11 articles dedicated to current issues in Venezuela. The published articles were one-sided and unbalanced and only the position depicted there was that of the Russian authorities, and some of the representatives of the separatist governments of Abkhazia and South Ossetia. All the articles claimed that the only reason behind the current changes and developments in Venezuela was economic and geopolitical interests of the US and blamed it for interfering in the affairs of other countries. In many cases, the Venezuelan events were considered to be next “color revolution” and parallels were drawn with the events in Syria and Libya. It has to be noted that Georgian-language Sputnik is substantially different from Russian-language one and here we have only relatively neutral information with the official Tbilisi position and photo collage about Venezuelan events.

In addition, the photo collage titled “Fire and flame above the capital of Venezuela – unrest in Caracas” is a collection of pictures, where protesters start fire and throw glass bottles. Without showing larger picture and the context this collage creates a negative attitude towards protesters.

The Facebook page Politicano offers a similar version of coverage of the events in Venezuela to that of Sputnik. According to the articles published on January 24, the US plays a decisive role in the events of Venezuela, which is driven by economic interests and the US ” is trying to attack Venezuela”. In January 26, Politicano referred to above mentioned events in Venezuela as “American putsch”. In the post published on September 24, Politicano tried to idolize Chávez, Maduro and other socialist dictators of Latin America. 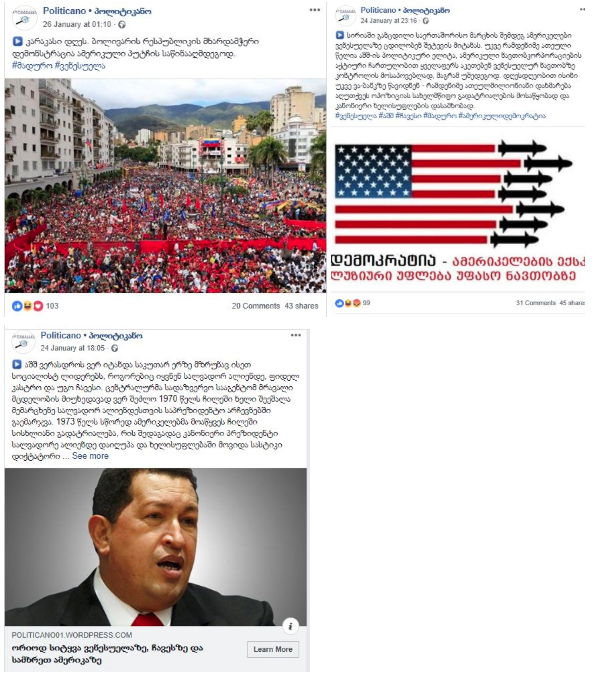 The statements distributed by Sputnik and Politicano, that allegedly the US interests play the major role in ongoing protests in Venezuela, but not the internal problems, is a lie. The reason for the protest and the dissatisfaction of the people is the collapse of socialist politics: the humanitarian catastrophe and economic crisis in the country, alongside with Nicolás Maduro’s attempt to strengthen the dictatorship with full consolidation of power and persecution of the opposition. In addition, the Venezuelan people and democratic states consider Maduro as an illegitimate president.

In the 1970s, Venezuela was the richest state in Latin America and was developing towards democracy. Venezuela was in the world’s top twenty wealthiest states. However, Hugo Chávez’s socialist economic policy, which his successor Nicolás Maduro also continued, led the Venezuelan economy to the collapse. The nationalization of the large part of the farms and the expropriation of the factories, as well as the fixed prices on the products, resulted in the diminution of production of agricultural goods and heavy industry in Venezuela. The Chávez government has nationalized telecommunication and other systems, resulting in shortage of water and electricity. Maduro continued Chávez’s policy. However, since oil revenues have fallen, the Venezuelan government could not afford to buy products from abroad, and food shortages and famine began in the country. Buying dollars in Venezuela is possible only on black markets, as the government banned free currency operations several years ago. 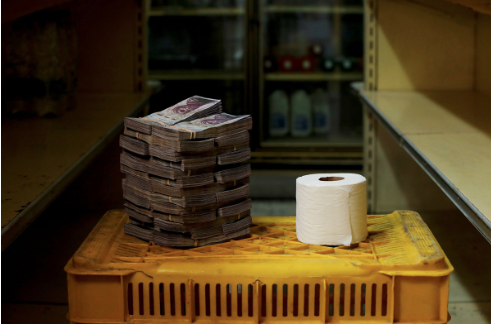 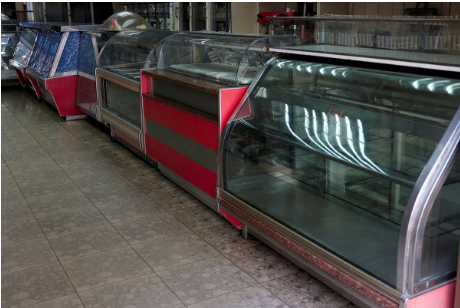 The Venezuelan government blames the economic crisis, lack of food and medicines, on “economic war”, which they claim is created by “imperialistic forces”. 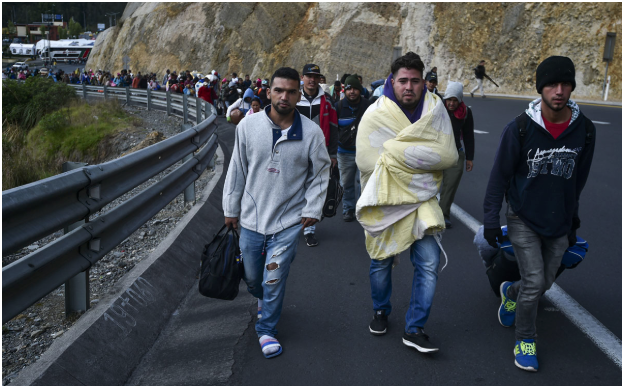 Despite humanitarian catastrophe, the Maduro regime refuses to receive assistance from international organizations as well as the Catholic Church and neighboring states.

Nicolás Maduro finished above his opponent by only 1.6% in the 2013 elections that followed the death of Hugo Chávez. As his presidency began with deepening economic problems, the population started to blame the impoverishment of the country on Maduro and his communist policies, which resulted in stark reduction of his rating. In May 2018, majority of oppositional parties boycotted the Presidential Elections. Maduro did not allow several oppositional candidates to participate in the elections. They were persecuted and arrested, and some opposition politicians even had to flee the country. According to the official statistics, 46% of the population participated in the elections, however, the opposition claims that the figure was far smaller.

Majority of democratic countries (50 countries) does not recognize the 2018 election results in Venezuela, as they were held in unfair, non-competitive environment, against the background of violations.