Does the Vatican Host the Presentation of “Code” and What is Transhumanism? 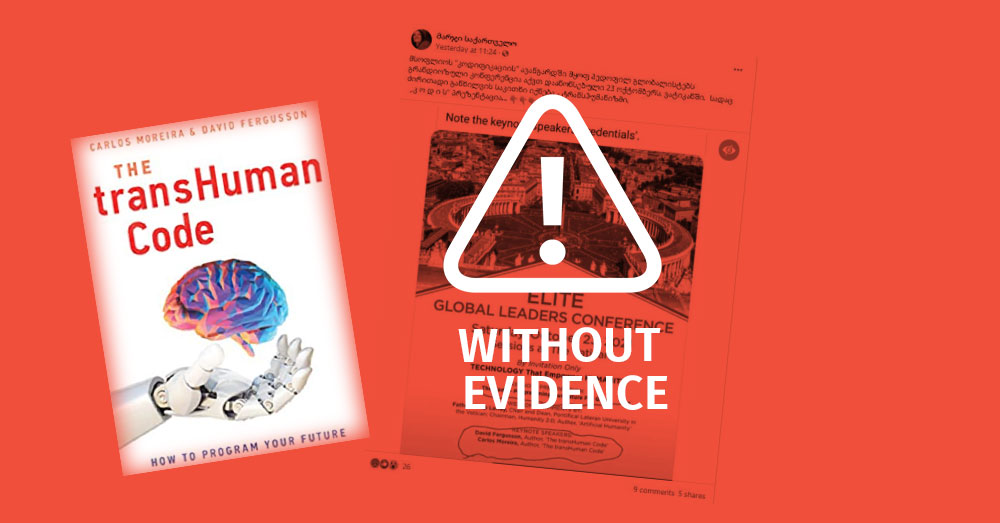 On October 14th, 2021, the Facebook account “Marji Georgia” published a post, claiming that on October 23, the pedophile globalists at the forefront of the “world codification” are going to host a large-scale conference in the Vatican. According to the post’s author, the main topic of the conference will be transhumanism. The post is accompanied by a photo saying that the speakers of the event scheduled for October 23rd in the Vatican will be the authors of “The transHuman Code”: David Ferguson and Carlos Moreira. 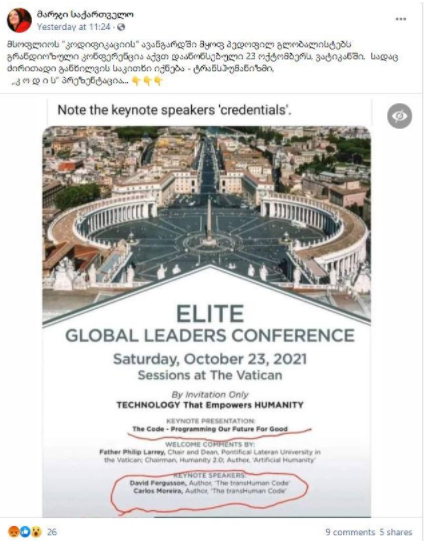 Information about the alleged conference held by elite global leaders cannot be found on the list of the public events of the Vatican. A similar event was not announced by David Ferguson and Carlos Moreira either.
According to the poster, an event called “Elite Global Leaders Conference” will be held in the Vatican on October 23rd, which will focus on the role of technology in human empowerment. The names of the two keynote speakers at the conference, David Ferguson and Carlos Moreira, are marked in red. These are the people who authored the book “The transhuman Code: How to Program Your Future.” 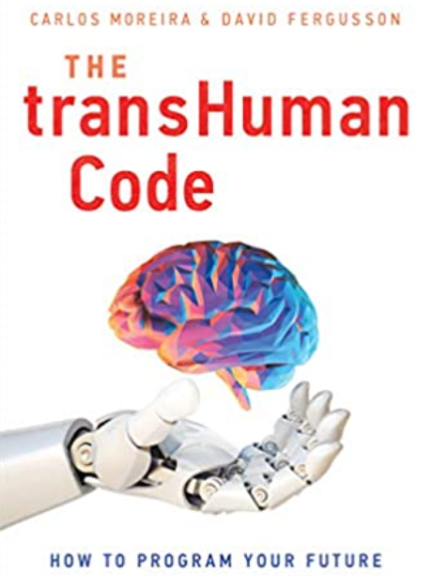 No similar conference can be found on the list of Vatican events, and no meeting is scheduled for October 23rd in general. Similarly, Neither Carlos Moreira nor David Ferguson has not announced participating in a similar conference.

In order to verify the photo spread on the social network, the foreign fact-checking organization checkyourfact.com contacted Roger Landry, Attaché of the Permanent Observer Mission to the Holy See, who confirmed in an email that no such event was being planned.

Moreira and Ferguson, who are featured on the poster as conference speakers, chaired a forum at the Vatican in 2019 called “Technology and the Human Revival”. According to globenewswire.com, the forum brought together discussions about humanity and technology.

Moreira and Ferguson’s book, “The transHuman Code,” discusses how humans can maintain their human nature in the face of technological development. Transhumanism itself is a philosophical and social concept that seeks to use the advances in science and technology to improve human mental and physical abilities. According to Encyclopedia Britannica, transhumanism can also be understood as the development of reliable technologies for human perfection, using implants, genetic engineering, artificial intelligence, etc., technologies that are currently unknown to the species. The term entails self-improvement by the species, eventually changing their way of life. Over the years, the concept of transhumanism has become the target of a number of conspiracy theories.