Does the United States Democratic Party influence the selection of drugs to treat COVID-19? 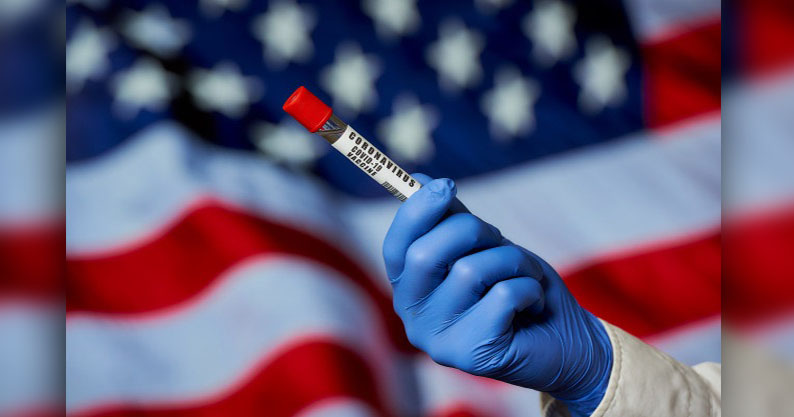 On July 4, Gia Areshidze, the former host of TV Obiektivi’s Night Studio, was a guest of the mentioned program. During his air time, he accused the Democratic Party of the United States of “sacrificing the lives” of its own and Georgia’s citizens. According to Areshidze, people died in the U.S. because of the Democrats, as they were treated with remdesivir instead of the effective Plaquenil. He believes that the main motivation of the Democratic Party is to oppose Trump and gain financial profit.

The statement of the former host of TV Obiektivi that the American citizens allegedly died from the coronavirus because of the Democratic Party, as due to its influence, they were treated by remdesivir, instead of the more effective Plaquenil, is groundless. 1. It is the respective agencies that decide on using drugs for treatment, not politicians. 2. Remdesivir is by far the only medicament, authorized by the Food and Drug Administration of the United States (FDA) for treating COVID-19 based on research. 3. There are no confirmed ties between Gilead, the manufacturer of remdesivir, and the Democratic Party.

1. It is the respective agencies that decide on using drugs for treatment, not politicians.

Who decides on selecting the drugs for the treatment of COVID-19?

At the initial stage of the fight against COVID-19 in the U.S., the White House created a Coronavirus Task Force, where several competent agencies are represented (Department of Health and Human resources, Department of Homeland Security, Centers for Disease Control and Prevention etc.). The goal of the Task Force is to prevent the spread of the coronavirus and find measures to prevent infection. The Centers for Disease Control and Prevention (CDC), together with the National Institutes of Health (NIS) play major role in the researching the drugs that could be used to treat the novel coronavirus, finding measures of prevention, and formulating treatment protocols. However, it is the FDA – a governmental regulatory body –that approves specific drugs which can be used to treat COVID-19.

Remdesivir is by far the only medicament, authorized by the FDA for treating COVID-19 based on research.

On May 1, 2020, the FDA allowed to use remdesivir in emergency cases, allowing the doctors in the U.S. to use the drug to fight the coronavirus. Several days ago, the U.S. purchased 500,000 doses of remdesivir – something that accounts for 100% of the production of the company in July and 90% of the production in August and September.

Anthony Fauci, the Advisor of the President of the United States in medical matters, spoke of a “clear-cut positive effect [of the drug] in diminishing time to recover “. The tests on the efficiency of remdesivir in the fight against the coronavirus, but a study by the NIS showed that the drug decreased the hospitalization period for the people infected with COVID-19 from 15 to 11 days. Donald Trump, when talking about the results of the study, labelled it “a very positive event”.

It is noteworthy that, based on a recommendation by the European Medicines Agency, remdesivir will become the first drug to be used to treat COVID-19 patients in the European Union as well.

The drug has an antiviral effect on SARS and MERS pathogens that are coronaviruses too and are structurally similar to COVID-19. Remdesivir was created by Gilead in 2015 to fight Ebola virus.

Based on the most recent research, the permit on using Plaquenil has been revoked.

On June 15, the FDA revoked the authorization to use Plaquenil, also known as hydroxychloroquine or chloroquine, to treat COVID-19 in emergency cases.

Based on a study, published in the Lancet, a medical journal, on May 22, the World Health Organization (WHO) temporarily paused the use of Plaquenil to treat the COVID-19 patients due to an estimated higher mortality risk among the infected patients. However, on June 3, WHO resumed the research of Plaquenil in a study called Solidarity. According to the Director General of the WHO, Tedros Adhanom Ghebreyesus, the members of the Executive Committee, based on the recommendations by the Council for the Monitoring of Data Security, decided to resume trials on Plaquenil and other drugs.

Donald Trump, on the other hand, supported the use of an experimental anti-malaria drug in his March 21 tweet, whereas on April 5, he suggested taking hydroxychloroquine/Plaquenil to the citizens. As it turned out, Georgian immunologists have also resorted to this drug for treating COVID-19.

3.  There are no confirmed ties between Gilead, the manufacturer of remdesivir, and the Democratic Party.

Information about the management of the company that produces remdesivir is public. There are no ties between this group and the Democratic Party.

Moreover, the financing of political parties is a transparent process. Gilead has published the information on funding political, as well as other donations, on its webpage. According to the 2019 data, it was not funding any political parties. However, the amount, contributed to the Republican State Leadership Committee and the Republican Governors Association (USD 155,000) exceeded the amount contributed to the Democratic Legislative Campaign Committee (USD 50,000). In the years before (2016-2018), the balance of the contributions to the political parties and their committees was changing, but there were no significant differences or significant sums.

After the Trump Administration decided to purchase remdesivir, Democrat legislators sent a letter to the Chief Executive Officer of Gilead, requesting the information about the funds spent on the drug production, maximum production capacity, and financial sources.