Does the United Nations Demand an Abolition of Religious Beliefs? 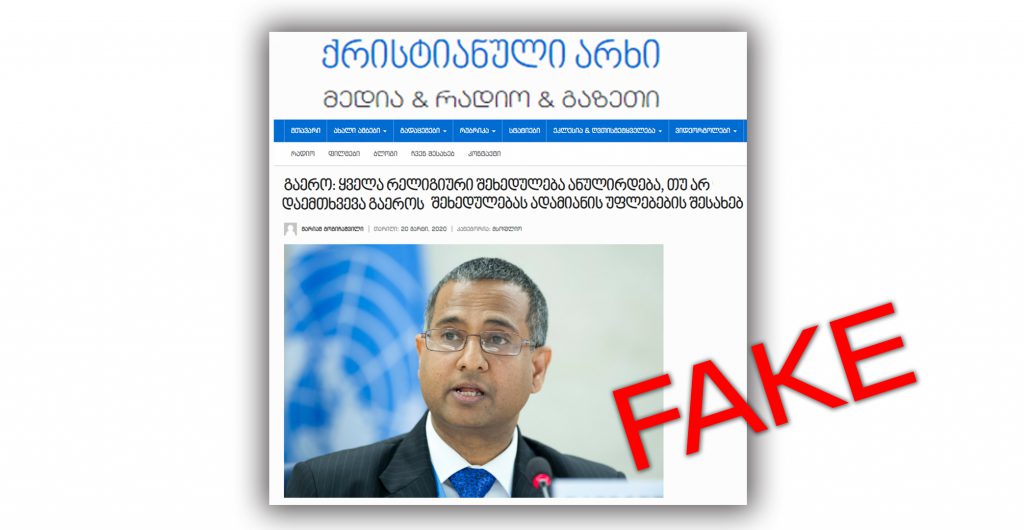 Update: After publishing this artcile, Myth Detector was contacted by a representative of the online platform „ქრისტიანული არხი“ (“Christian Channel”), stating that they removed the article mentioned bellow. The mistake was caused by the fact that the source (bibliatodo.com) from which the journalist translated the material into Georgian turned out to be unreliable.

Online platform „ქრისტიანული არხი“ (“Christian Channel”) published an article on March 20, titled “United Nations: All Religious Beliefs will be Annulled if they do no Match the United Nations’ View on Human Rights”. According to the article, Ahmed Shaheed, the United Nations Special Rapporteur on freedom of religion and faith, allegedly demanded abolition of those religious views that contradict the United Nations positions as well as those laws that are based on traditional morale. 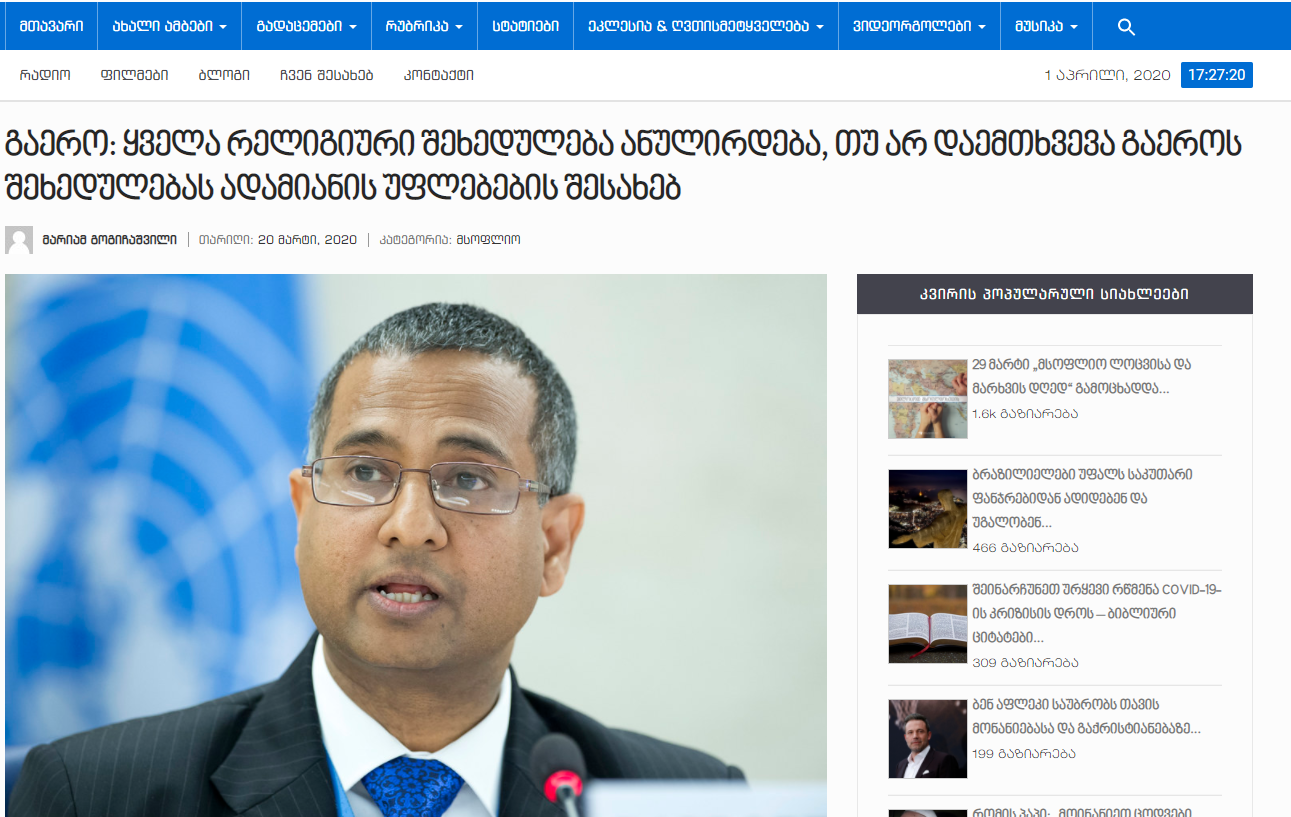 The information given in the article is fake. In the report, published on March 2, 2020, the United Nations Special Rapporteur Ahmed Shaheed did not demand the abolition of religious views, but rather that the religiously motivated violence against vulnerable groups be ceased and equal conditions be created for all. Moreover, his words on the abolition of laws have been edited manipulatively. In fact, Shaheed asked countries to abolish those laws that allow the discrimination in the name of religion.

What did Shaheed actually say?

Ahmed Shaheed: “Women and LGBT+ people experience discrimination and violence inflicted in the name of religion by State and non-State actors that impedes their ability to fully enjoy their human rights, including their right to freedom of religion or belief”.

In his report, Shaheed called on countries to abolish those discriminative laws that allow them to discriminate people in the name of religion. He once again reminded the countries their responsibility to create an environment where each member of the public can enjoy their rights, including the freedom of religion and faith.

According to the Facebook page, “Christian Channel” disseminated protestant-evangelist media materials and unites several media platforms, including news.jesus.ge, blog.jesus.ge, radio.jesus.ge, and a magazine – Jesus.ge. Moreover, according to the Facebook page of the channel, the webpage does not express political sympathies or carry out political activity. Besides the page, “Christian Channel” has a Facebook group with 6,215 members.

The sole source, mentioned in the article is bibliatodo.com, a foreign edition that does not have any information on the organization.