Does the U.S. Prepare a Bunker for the Advent of the Apocalypse? 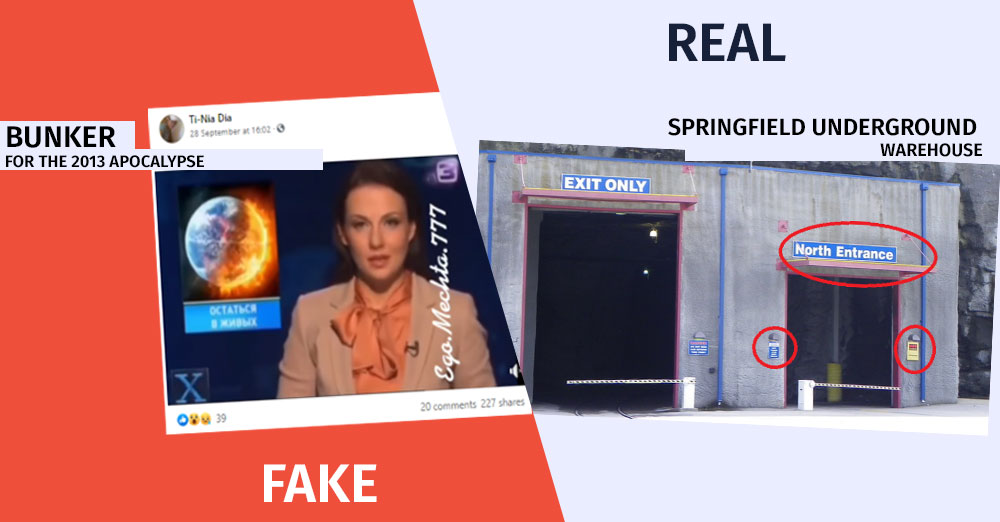 On September 28th, 2021, the Facebook user Ti-Nia Dia posted a Russian-language video, claiming that the U.S. government is preparing a large military bunker for a global catastrophe. In the video, a TV presenter claims that American journalists filmed a secret underground facility where Washington stocks huge piles of medicine, products, and basic necessities. The video further asserts that the apocalypse will begin shortly, killing more than 100 million people. The bunker is allegedly located in the Colorado mountains, 300 kilometers from the city of Colorado Springs. The Russian video also shows exclusive footage of the alleged “Secret Bunker,” taken at night depicting the entry of multiple trucks into a tunnel with a sign “North entrance” on top. According to the journalist, the bunker in the mountains of Colorado is one of the many underground facilities built by the U.S. to escape the upcoming apocalypse.

As of October 7th, the video posted by Ti-Nia Dia has accumulated 265 shares. Noteworthy, Davit Giorgobiani has also published the mentioned video on his Facebook page on September 4th. Giorgobiani’s post was shared by more than 150 Facebook users.

The claim that the U.S. government is preparing a military bunker for the apocalypse is false. In fact, the Russian-language video, recorded in 2013, represents an excerpt from one of the programs of the Russian channel TV3, which is infamous for its intentional spread of conspiracy theories and pseudo-scientific messages. The “exclusive footage” shows not a military bunker in Colorado, but an underground enterprise, warehouse, and distribution complex in Springfield, Missouri, which provides fast delivery of food and other products across the country.

The video shared by the Georgian Facebook users represents an excerpt of the Russian TV channel TV-3 program “Х-ВЕРСИИ. ДРУГИЕ НОВОСТИ,“ and has been circulating on the Russian social media since 2013. The archives of Х-ВЕРСИИ are no longer available on the official website of the TV company, although the full version of the story can be found on the Russian YouTube channel Pravdammm, where the video was published on September 17th, 2013. The full version of the video says that the U.S. was expecting the advent of the apocalypse in September 2013. 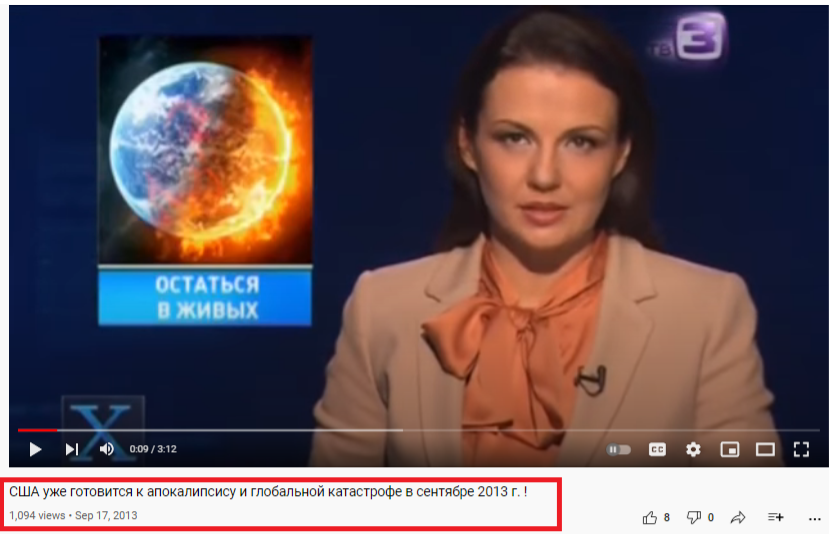 In the complete version of the story, journalists speculated that huge sparks would appear on the surface of the sun and reach the earth in the fall of 2013, destroying humanity, and the U.S. government was preparing for this cataclysm. Nonetheless, the excerpt omits the part where the TV presenter says that the apocalypse is expected in the fall of 2013.

The footage used by Х-ВЕРСИИ, allegedly recorded by American journalists with secret cameras in the underground bunker in Colorado, first appeared on the Internet in March 2013 and was first published by Youtube channel “ADGUKNEWS” on March 3rd. The original video, the sound of which is covered by a journalist’s monologue in the Russian program, does not mention anything about the advent of the apocalypse. Instead, in the video, the author shows the entrance to the tunnel and a convoy of trucks heading into it, alleging that the tunnel is the entrance to the “underground city” that connects the White House, Area 51, and Colorado Airport through a system of tunnels. The video further claims that the underground city, where food and large stocks of weapons are being stored, is also the headquarters of the Illuminati, from which the whole world is governed.

In addition to ADGUKNEWS, the video was shared by several other English-language, conspiracy Youtube channels. 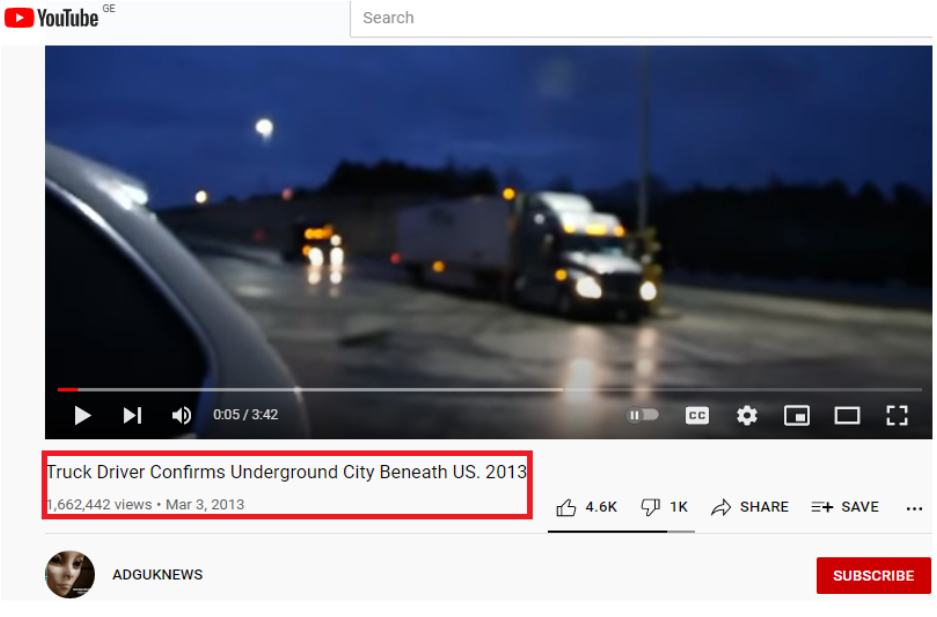 Unlike the Х-ВЕРСИИ story, the original video does not assert that the bunker labeled as the “underground city” is located in the mountains of Colorado. In fact, the video was shot not near Springfield, Missouri. The entrance to the tunnel, which belongs to the “Springfield Underground Complex,” can be identified in the video. 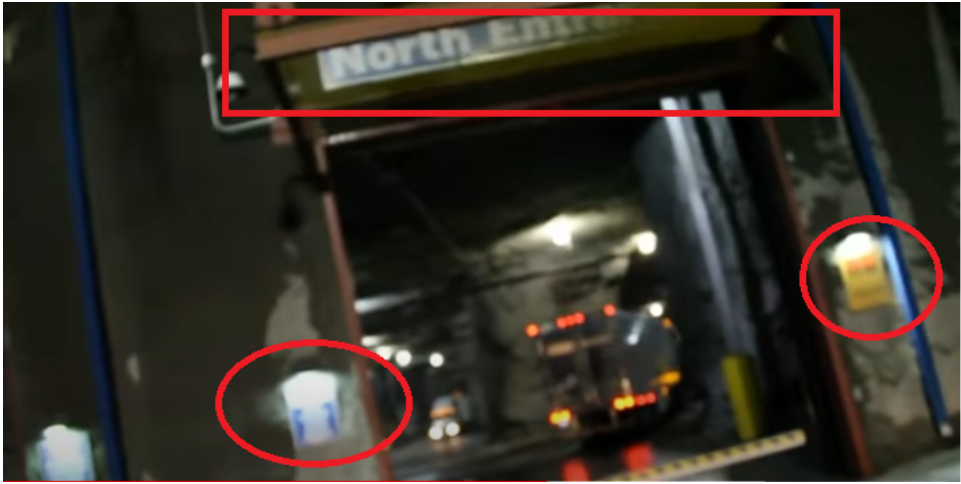 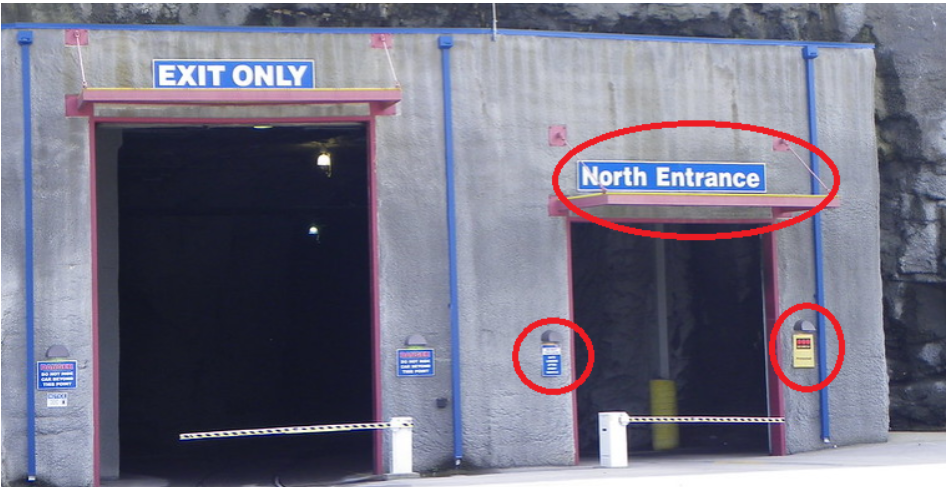 Interior of the Springfield Underground Complex

Noteworthy, at the location named by “Х-ВЕРСИИ, at a distance of 1300 kilometers from Missouri, ” in the mountains of Colorado there is indeed a former military bunker, although it was built not to prepare for the advent of the apocalypse, but to defend against atomic explosions during the Cold War. The military base is no longer located in the bunker and is closed to strangers.

Gazprom Media-owned TV channel TV-3 was founded in 1996 and is focused on entertainment programs. The channel’s television programs mainly include TV shows, shows, and programs about mysticism and science fiction. The channel is often accused of spreading superstitions, pseudo-science, and conspiracy theories. In 2011, the Academic Council of the Russian Institute of Astronomy called on Russian scientists to abstain from giving interviews to the TV-3 because the channel used fragments of their statements in its programs and “documentaries” manipulatively and without context. In 2015, the Russian Ministry of Education and Science presented the TV station at the anti-prize for “creating the most harmful pseudo-scientific projects, spreading myths, lies, and prejudices.” 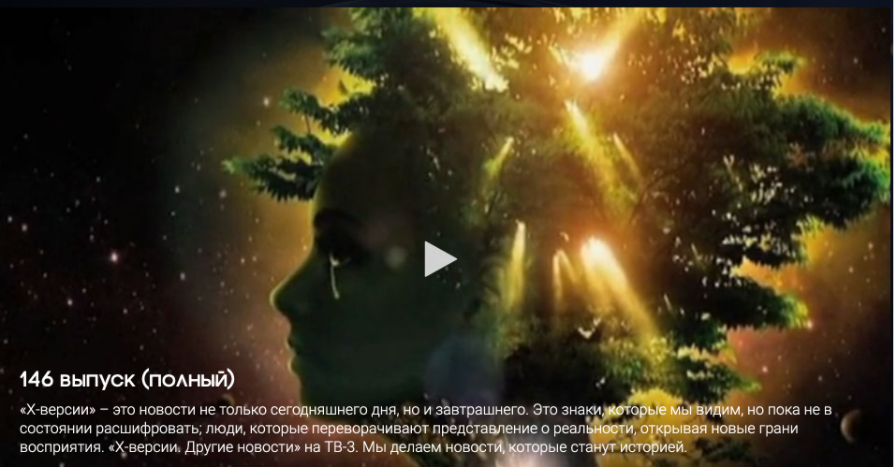 As for the program “Х-ВЕРСИИ – ДРУГИЕ НОВОСТИ,” according to the annotation, it represented a program that covered not only the present but also the future as well. There have been a total of  146 episodes prepared in the framework of the program. The episodes focused on alternative news, mystical and anomalous events, unidentified flying objects, and “journalistic investigations” conducted about similar topics.