Does the Photo Depict Women Abused by Migrants? 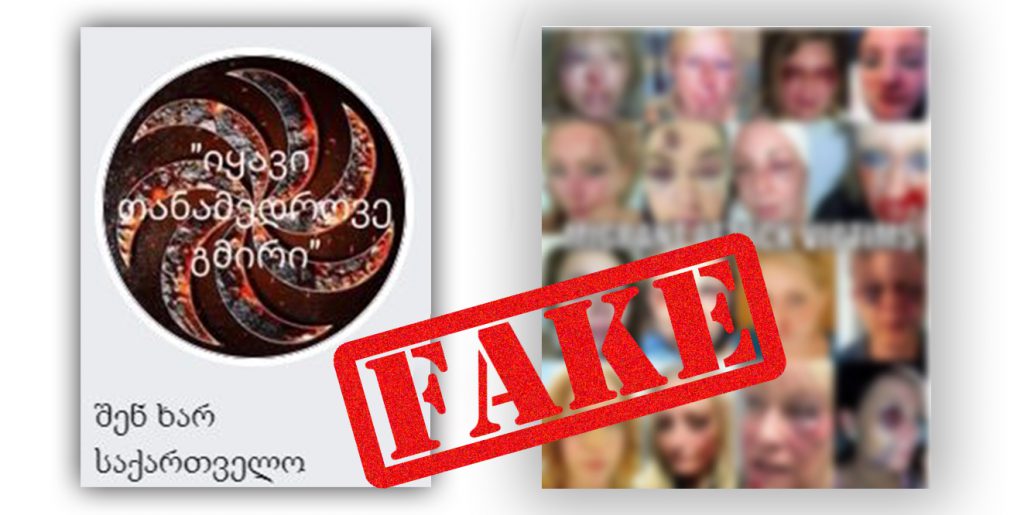 On February 20, Facebook page “შენ ხარ საქართველო” (You Are Georgia) published a photo collage depicting 16 images of people with multiple facial injuries. The page links the images to migration and claims that they depict British women beaten by migrants. 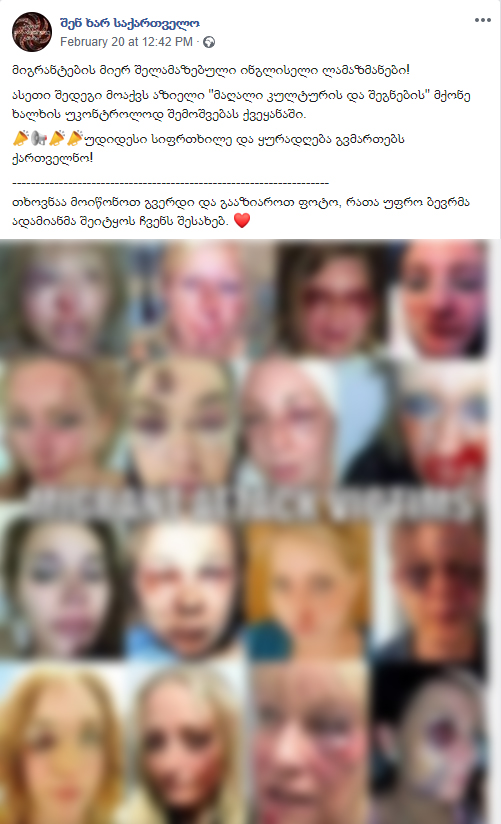 In fact, the condition of women depicted in the photos has nothing to do with migrants and most of the images depict female victims of domestic violence. By spreading this disinformation, the Facebook page tries to portray migrants as assailants, thus promoting further intensification of xenophobic stereotypes against them.

The same photo manipulation with a narrative that the women depicted in the photos were allegedly assaulted by migrants had already been spread previously. At different times, the photo montage was widely shared in six different countries, among them Germany, Greece, Italy, the Netherlands, the United Kingdom and France.

In 2017, an Austrian fact-checking website Mimikama tracked down the original sources of the photos and in 2018, france24 prepared a material on disinformation related to migrants, which also involved the photo montage. The Austrian and French fact-checking platforms clarify that most of the photos actually came from the United Kingdom and the United States, but they are not related to migrants and actually they depict various facts of violence. Most of these images depict female victims of domestic violence, police violence or random attacks. A couple of the photos do not show victims of attacks at all, but women who are wearing stage or costume make-up.

The photo montage contains 16 images and in two cases, assailants were black people. However, there is no information about their origin and citizenship. Thus, their portrayal as migrants only based on these two cases as well as further generalization aims at inciting xenophobia and spreading stereotypes. Below we offer the details of several cases from 16 photos.

See detailed information about all photos at the following link:
https://www.mimikama.at/facebook/ueberfallene-frauen/

“შენ ხარ საქართველო” (You Are Georgia) is a propagandistic and xenophobic Facebook page. The page was also involved in the campaign discrediting protest rallies against the Parliament’s failure to approve the constitutional amendment on transition to fully proportional electoral system; the pages involved in the campaign were revealed by the Media Development Foundation in its report released in December 2019.