Does the Georgian Parliament have an Obligation to Agree Upon All Laws with the Venice Commission? 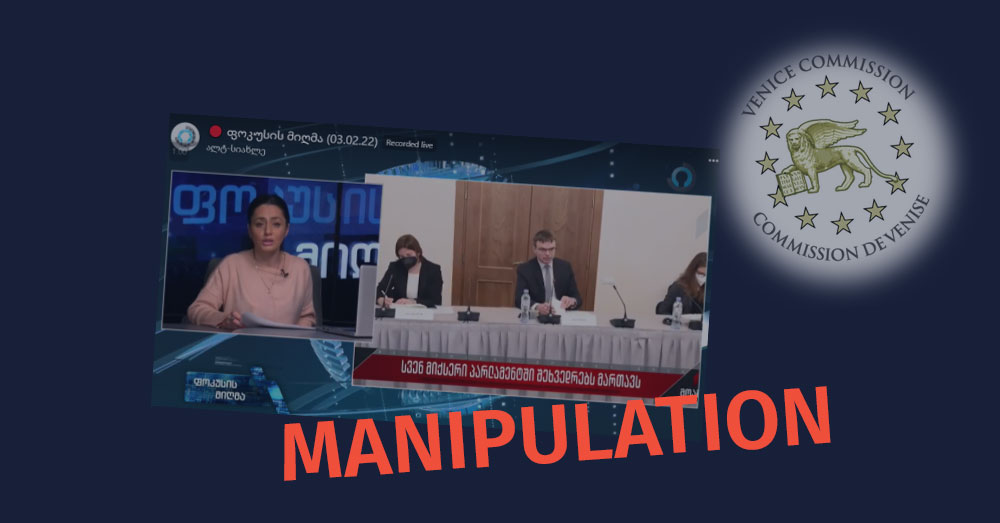 On February 3rd, 2022, Marika Kublashvili, the host of the program “Beyond Focus” on the pro-Kremlin TV “Alt Info”, spoke about the interference of Western partners in the internal affairs of Georgia. According to Kublashvili, the influence of European partners on Georgian institutions is so significant that the Georgian Parliament first sends the bills to the Venice Commission and starts discussing them only after receiving their support.

Marika Kublashvili: “The degree of [Western] interference and influence is so great that through the attempts of our Western partners, Georgia has become a parliamentary republic, of course, for our own well-being. From this day on, only the Georgian people rule the country. Only with the delegation of the Georgian people does the Parliament of Georgia adopt the bills for the population. So what, that before the hearings, the bills are first sent to the Venice Commission before they are discussed, and if our Western partners give them the green light, the people-elected Parliament will also be happy to vote.” 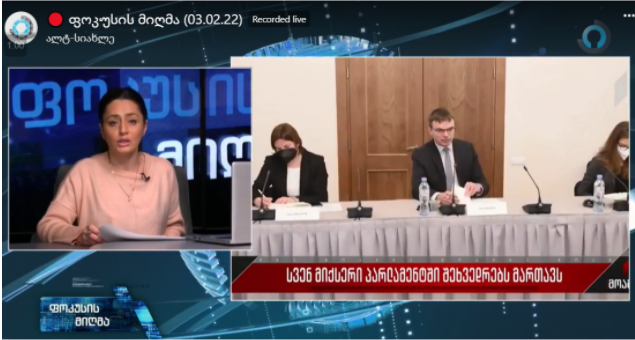 At various times, the Parliament of Georgia had approved legislative changes related to the judiciary before the Commission received its assessments of the draft law or did not take the Commission’s recommendations into account when adopting the law. For its part, the State Parliament’s consideration of the recommendations and assessments of the Venice Commission is important only insofar as the main purpose of the Venice Commission’s work is to establish European standards for democracy, the rule of law and human rights in the country’s legislation.

Manipulative claims that the West is trying to control Georgia’s judiciary have been disseminated by Alt-Info in the past as well. For more, see: