Does Sweden Fight Against Coronavirus? 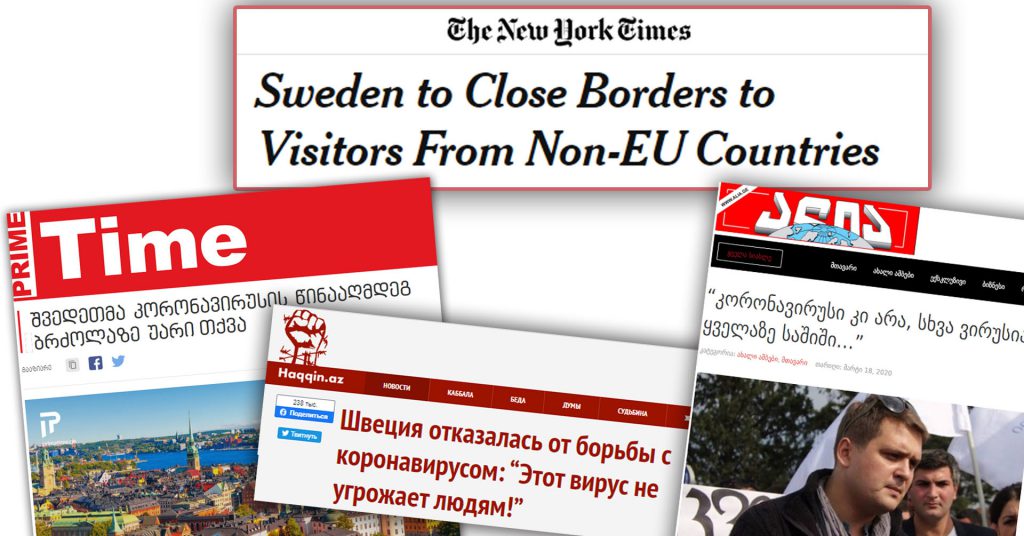 On March 18, 2020, a news agency Prime Time published an article titled “Sweden Refused to Fight Coronavirus”. The article mentions that the Swedish Government does not resort to immediate measures in its fight against the virus, country’s borders are still open and all facilities are working as usual, while Swedish scientists do not share the opinion of their foreign colleagues and state that coronavirus is safe.

Alia, Commersant, Fortuna, and emigrantebi.org also published articles with a similar context. The given editions cite haqqin.az as the source of the information. 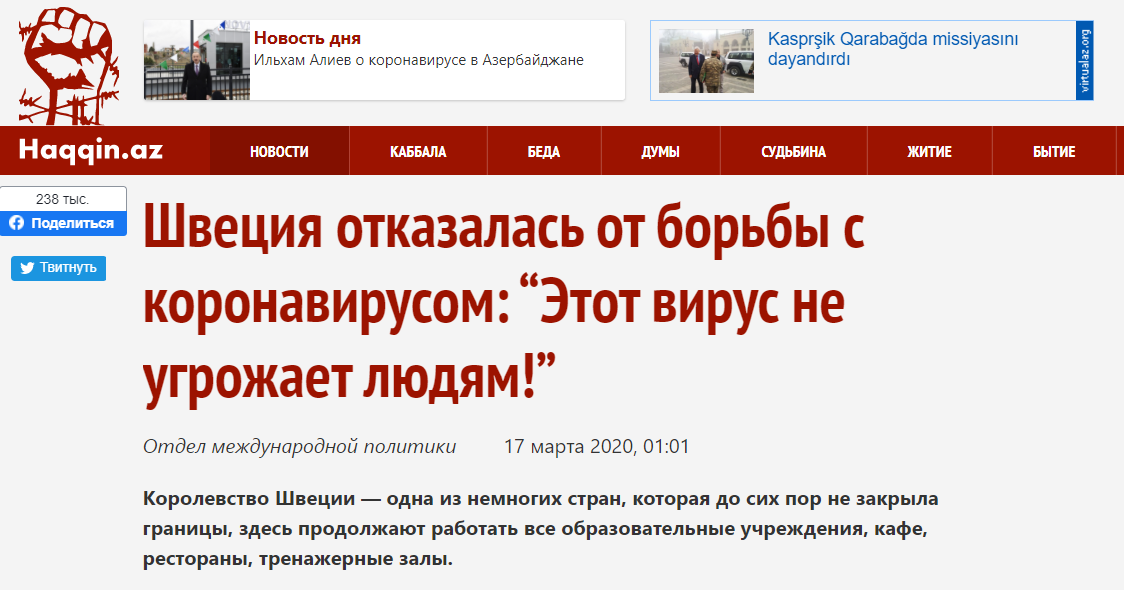 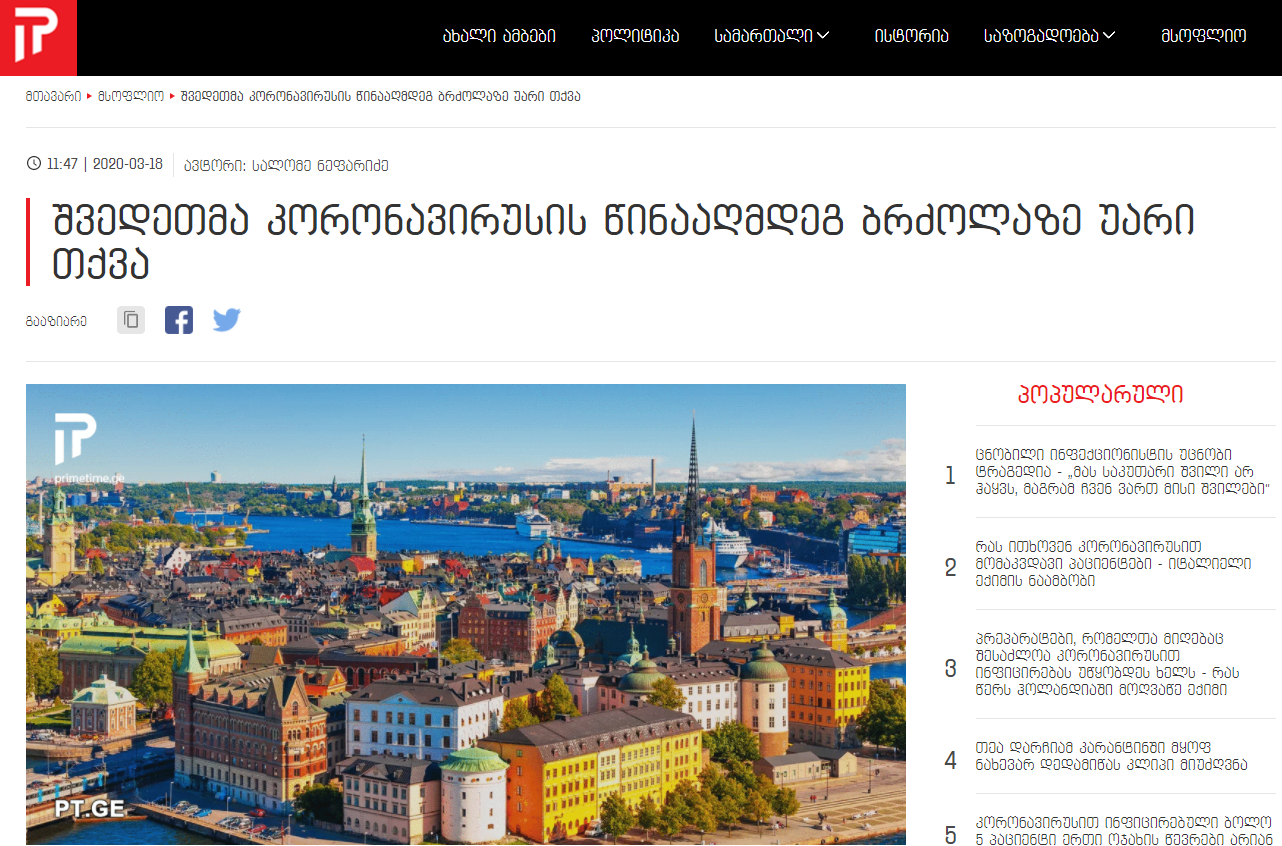 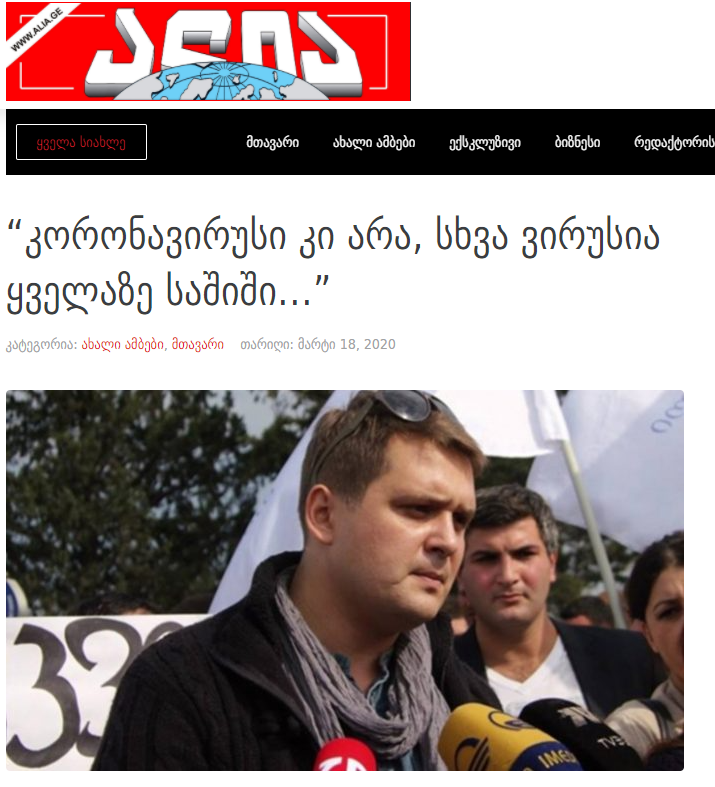 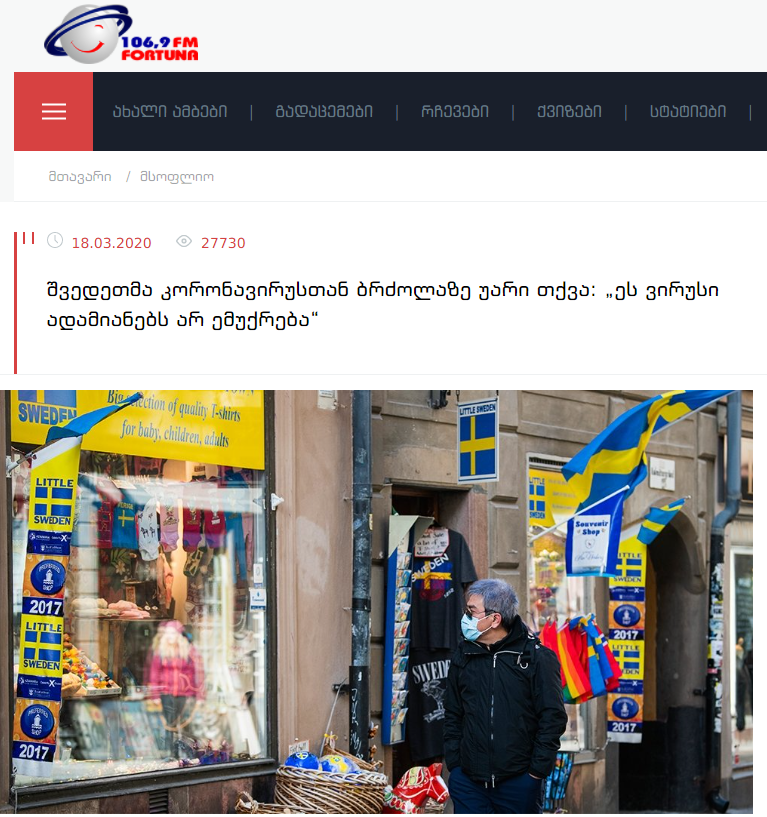 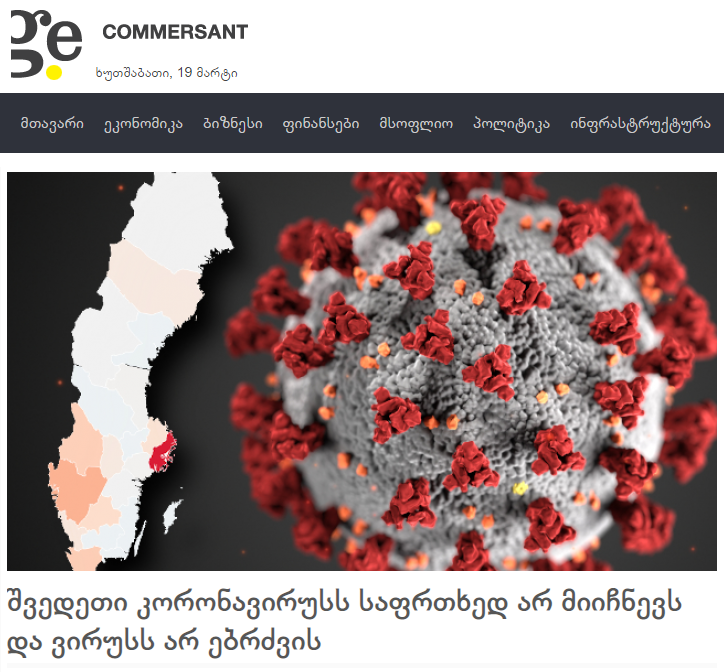 The widespread reports that Sweden allegedly refused to fight coronavirus are disinformation. The Government of Sweden began to adopt measures immediately after the rise in the number of the infected, while the Prime Minister of Sweden announced the closure of borders on March 17.

The first case of coronavirus in Sweden was recorded on January 31, 2020, however, the number of the infected began to grow steadfastly in February after the disease spread rapidly in Italy and Iran.

Sweden resorted to the following measures as a response to the existing circumstances:

During the same speech, the Prime Minister of Sweden stated that “coronavirus has become the biggest threat to public health in the recent decades”. 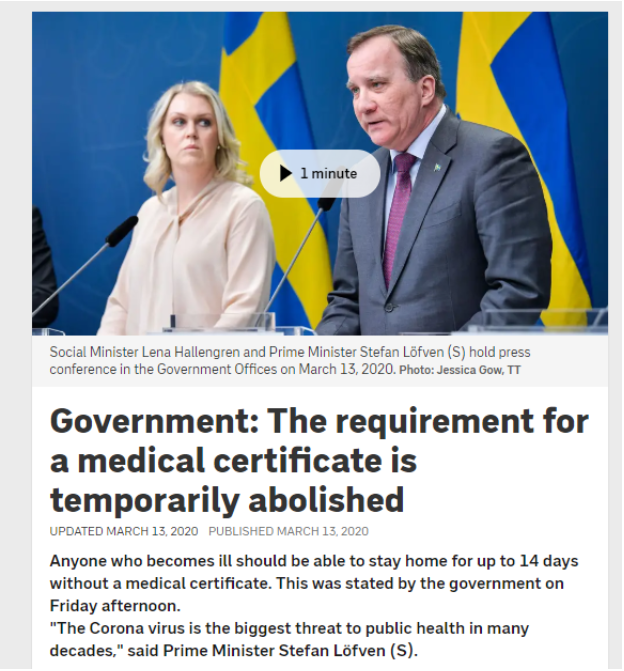 6.  On March 14, the Ministry of Foreign Affairs of Sweden called on its citizens to avoid all non-mandatory travel abroad. This recommendation will be in force at least until April 14.

According to the decision by the Government of Sweden, the borders of the country will be closed from March 19. 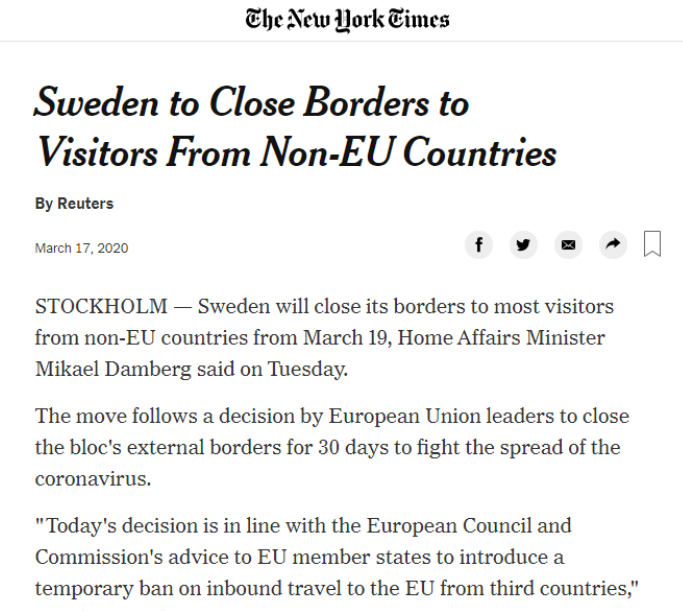 As far as schools are concerned – the Minister of Education of Sweden, Anna Ekström stated that the government will not decide for schools whether to stop the classes. She also added that the schools, within the framework of self-government, should decide by themselves how to handle the crisis caused by coronavirus.