Does Spanish Law Entail Taking a Child Away from Parents due to Refusal to Vaccinate? 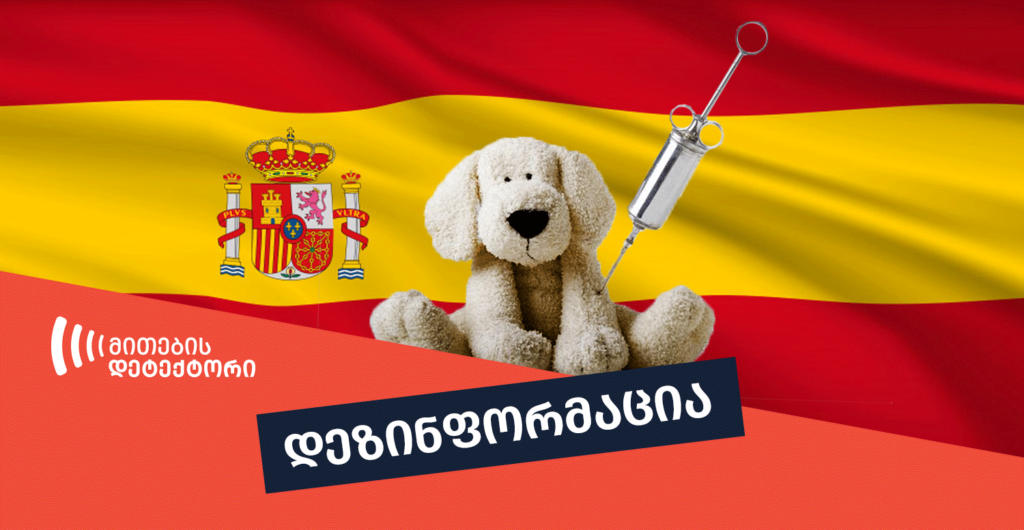 On June 26, Facebook users Nina Marji and Bachi Kurdadze shared a screenshot of the comment by Tamila España, one of the social network users, stating that new law is to be passed in Spain, on the basis of which if vaccination is refused, children will be taken away from parents, while irresponsible parents will be sentenced to penitentiary facilities. Bachi Kurdadze also comments on the published screenshot and notes that vaccination is a weapon of mass destruction, DNA is changed through nanotechnologies and ultimately, these all lead to the new world order. 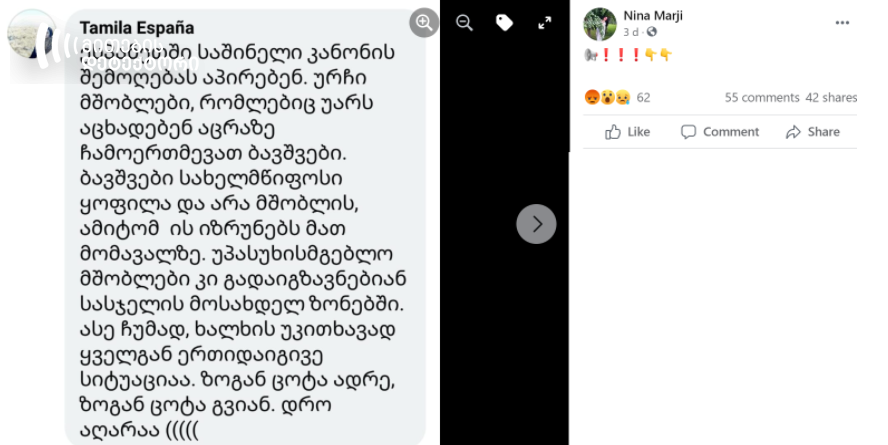 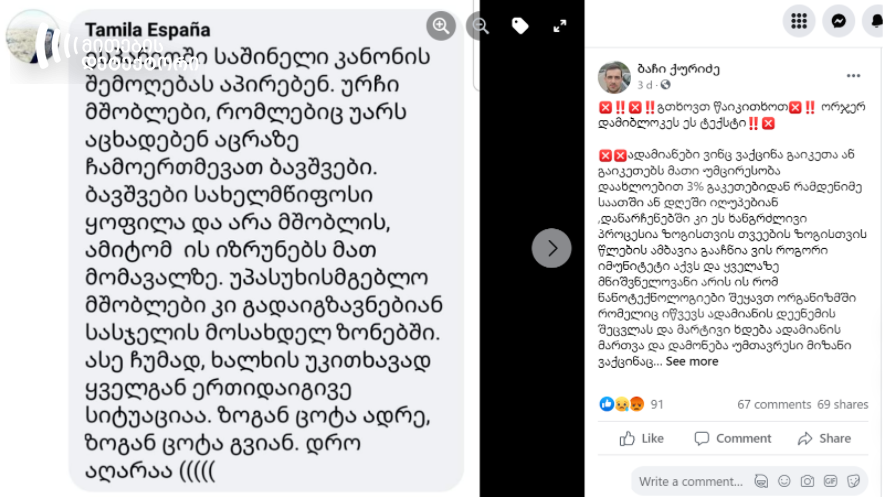 Claim about the refusal to vaccinate under a Spanish draft law leading to children being taken away from parents while punishing the latter is false. Vaccination in Spain is voluntary, whereas children are separated from parents only in the extreme case. Only one newly endorsed Law in an autonomous community of Galicia entails imposing financial sanctions in case of unreasonable refusal to COVID-19 vaccination.

Information about the Spanish government planning to pass a new healthcare law enabling children to be taken away from parents, while sentencing defiant parents to penitentiary facilities cannot be found in open sources. According to Spanish law on public health, any vaccination is voluntary and requires a patient’s prior informed consent for vaccination. Vaccination is voluntary in the autonomous communities of Spain, however, amendments to the health law of autonomous community Galicia, made at the end of 2020, sparked discussions in the central government.

The amendment entails strict control over COVID-19 infected individuals and those who’ve been in contact with them, as well as fines in case of unreasonable refusal to vaccinate. Particularly, the law enforces fines for one time or repeated minor and severe violations of public health. Unreasonable refusal of vaccination is considered a minor violation of public health law. The aforesaid category also includes the refusal to wear masks in public settings and hosting crowded parties despite the restrictions. Under the aforesaid category, the smallest fine for violation is 600 Euros, whereas the biggest fine amounts to 3000. It’s noteworthy that this category encompasses not only coronavirus-related rules but also other health issues including food safety. For example, inaccurate identification labels on food products are considered a minor violation of public health law. It is important to emphasize that there is no mention of children’s separation from parents due to their refusal to vaccinate in the newly endorsed health Law of Galicia

The new health law of Galicia was approved on February 21, 2021, however, it faced a critical outcry from the central government, as well as local opposition. The criticism was aimed at Article 38 of the law that touches upon preventive measures of public health and strict control over infected individuals and those who’ve been in contact with them. Particularly, the law reads that individuals might be isolated as a safety measure in “homes, clinics, and other establishments especially designed for it”

The Council of Ministers of Spain decided to appeal amendments to Galician Health Law on the basis of its unconstitutionality on March 30, 2021, however, the lawsuit didn’t go to court due to a decision, made on May 21, 2021 following the talks between the central and local government of Galicia, to form a working group comprised of representatives from both sides that will examine and make a joint decision on new amendments of the law.

According to Article 26 of the Spanish Organic Law on Rights of the Child and Adolescent, every child has a right to be raised and grow in his/her biological family. Article 26(1) states that children and adolescents may only be separated from the family when it is strictly necessary to protect children’s best interests,

In the comment section of the post disseminated by Nina Marji, the “law” on taking away children because of refusal to vaccinate was manipulatively connected to Juvenile Justice in Georgia. 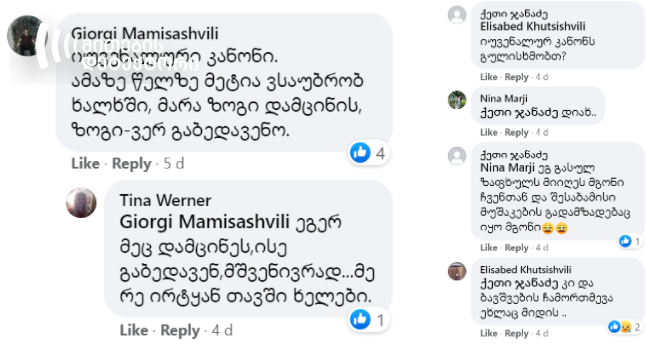 In reality, juvenile justice envisages prioritizing rehabilitation over punishment in the event of a crime committed by minors. Per the aforesaid principle, when a crime is committed, the interests of minors are taken into account, developing an individual approach. As for the children’s separation, it’s linked to Code on the Right of the Child and social workers. However, separating children from a family in Georgia, as well as Spain is an extreme measure applied when a child is a victim of abuse, and warning or other less strict measures are rendered a failure.

Disinformation about taking away children from parents if they refuse to vaccinate on the basis of the Code on the Rights of the Child has also been disseminated in relation to Georgian legislation. Read more in the articles of “Myth Detector”:

The text given in the post disseminated by Bachi Kurdadze notes that COVID-19 vaccines change DNA using nanotechnologies and ultimately serve to establish the new world order. In reality, it’s impossible to integrate RNA or DNA into the human genome, whereas vaccines don’t contain nanochips or nanorobots. As for the “New World Order”, its a conspiracy theory. Read more in the articles of “Myth Detector”: