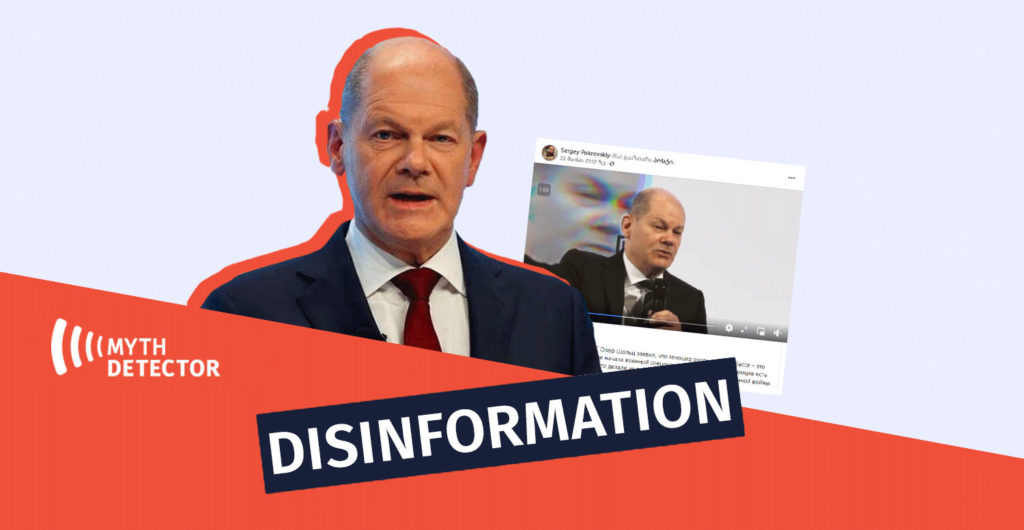 On May 22nd, 2022,  a video with the following description was published in the Facebook group “Нoрвeгия нa pуccкoм” [Norway in Russian]: “Not long ago, German Chancellor Olaf Scholz stated that the genocide of Russians in Donbas is just ridiculous and that in the backdrop of the special military operation in Ukraine, the Germans now have a moral right to forget what their ancestors did during the Great Patriotic War.” The video collage includes excerpts from Scholz’s interview dubbed in Russian, in which he says that NATO is not an aggressive organization, noting that Putin’s assertion that a genocide is being carried out in the Donbas is simply ridiculous. The video collage shows footage of NATO bombing Serbia and the relatives of people killed in Donbas, thus drawing a parallel between Scholz and Hitler. 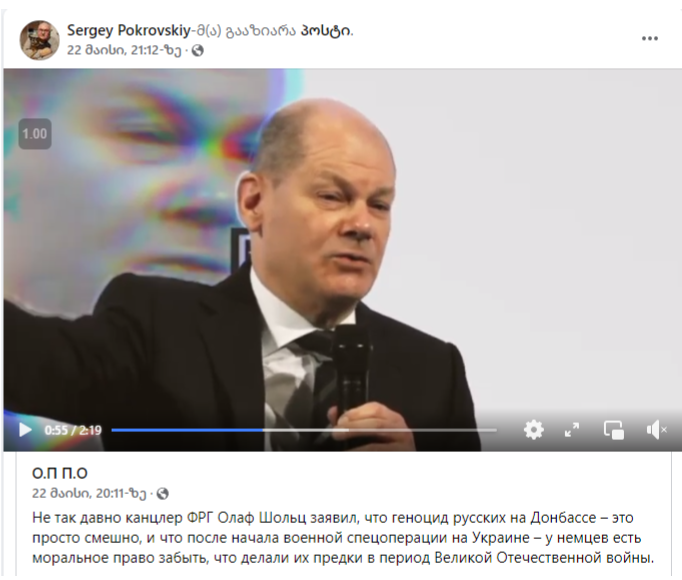 The disseminated claim about Olaf Scholz saying that in the light of the current Russian aggression, Germans have the right to forget the crimes their ancestors committed during World War II is false. The excerpt from Scholz’s video disseminated on social media comes from the Munich Security Conference, in which he spoke about security issues, including the Russian aggression. Scholz indeed called Putin’s argument about the Genocide in Donbas ridiculous, although he never said anything about forgetting the crimes of Nazism.

On February 19th, 2022, Munich hosted a security conference where Olaf Scholz delivered a speech with other world leaders. Scholz was asked whether Putin’s move [deployment of troops along Ukraine’s border] was in part a result of the prolonged process of obtaining membership in NATO and the European Union for Ukraine and whether this crisis would be a lesson for Europe to accelerate the process. In response to the question, Scholz explained that Putin’s actions were not triggered by NATO because NATO is a defense organization and is by no means assertive. Scholz stated that Putin uses the bombing of the former Yugoslavia by NATO as a counter-argument for this case, however, he notes that this action was motivated to prevent genocide. As for the Donbas “genocide”, Scholz said that Putin’s claim about a genocide taking place in the Donbas is ridiculous.

Olaf Scholz: “To be very clear, NATO is not aggressive, there is no reason to be afraid; The European Union is not aggressive there is no reason for being afraid. He argues different but, in the end, from our point of view, this is absolutely clear. And when I’m saying this to him, he always is arguing with the conflict in the former Yugoslavia, saying there NATO was aggressive and was harming people that having done nothing. I answered to him that this was a genocide we tried to avoid with what we did and he should not misunderstand that the people on the Western Balkans are absolutely willing to become member of the European Union, so this is not how they see it in the end. So there is a real difference and then he is coming to argue that in Donbas there is something like genocide, which is really ridiculous, to be very clear on that…” 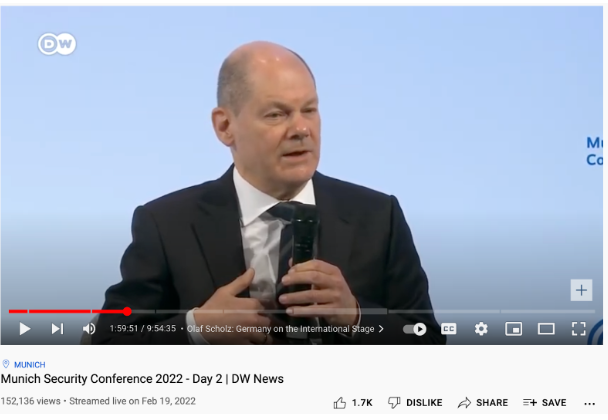 Notably, the Kremlin’s propaganda is constantly trying to justify Russia’s actions in the Donbas region by claiming that Ukraine is committing genocide against the local population.

As for the quote, as if the German Chancellor stated that after the start of a special military operation in Ukraine, Germans now have a moral right to forget what their ancestors did during WWII, Olaf Scholz did not make a similar statement.

It should be noted that the video collage a photo of “SS Galicia” General Fries von Scholz in the background of Olaf Scholz, claiming that German Chancellor is a descendant of Fries von Scholz. Myth Detector investigation has revealed that, in fact, there is no kinship between them. For details, see “Myth Detector” article:

The video collage also shows footage of the crucifixion of a man, claiming that the act was committed by Ukrainian soldiers in Donbas. In the past, this event was specifically linked to the Azov Battalion, to which the Myth Detector had devoted a special fact-check. See: