Does EU-Georgia Association Agreement Envisage Separation of Children from Parents? 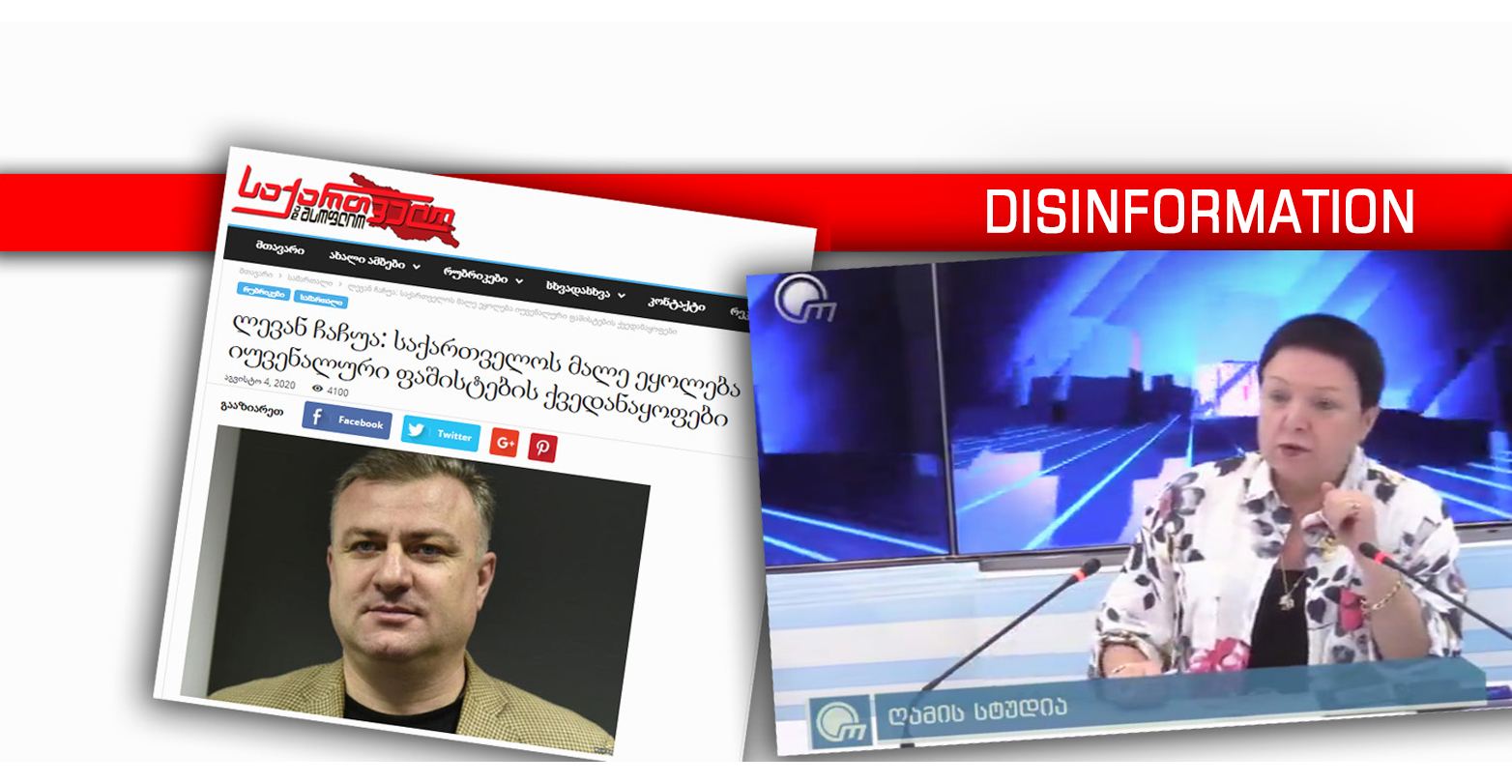 On August 4, an online edition Georgia and World published an interview with Levan Chachua, leader of the public movement Georgian Idea, headlined “Levan Chachua: Georgia will soon have a subdivision of juvenile fascists.” The respondent speaks about separation of three-year-old Nikoloz from his mother, noting that the only reason behind this separation is the family’s poor economic condition. Speaking at Obieqtivi TV on August 6, Nino Ratishvili, host of TV program Night Studio, also spoke about taking children away from parents, citing the same example. She said that separation of children from poor parents is one of the requirements set out in the Association Agreement between Georgia and the European Union.

Levan Chachua, Georgian Idea: “Three-year-old Nikoloz was forcibly placed in one of the families involved in the special state program and this family will receive monthly reimbursement for foster care. If the state is capable of financing the families involved in this program, why does not it help the parents of these children to ensure their welfare in their own families, instead of separating them from parents through use of police force and destroying their mental health. But it apparently serves another purpose and we have already made sure on multiple occasions that taking these (beautiful and healthy) children away from parents is in somebody’s interests … This is juvenile fascism.”

Nino Ratishvili, Obieqtivi TV: “They pay GEL 600-700 to certain families! Would not it be better to pay this GEL 600-700 to a woman, who had been waiting to have a baby for 11 years! What does it mean when you are snatching a child from mother? I know what it is. I know this law is linked to the Association Agreement [Jondi Bagaturia, Georgian Troupe: “No, this law had been adopted prior to signing the Association Agreement]. No, I mean, it is linked to its requirements.”

The statements made by Georgian Idea and Obieqtivi TV about a social worker’s decision contain disinformation and are linked to the Association Agreement in a manipulative manner. 1. Dangerous conditions for the child’s health and development were cited as the main reason behind the social worker’s decision to separate the child from family. 2. Citing the Association Agreement is a manipulation, because the document involves provisions only about the protection of children’s rights and abolition of child labor.

1. Dangerous conditions for the child’s health and development were cited as the main reason behind the decision to separate the child from family. The Social Service Agency gave mother several months to improve living conditions and even offered her and her child a shelter placement.

Lasha Jinjikhadze, deputy director of the Agency for State Care and Assistance for the Victims of Human Trafficking, clarified in the interview with Radio Liberty that the child lived in the conditions that posed a threat to his health and development. He also noted that the social worker drew attention to this case in January. After familiarizing with the situation, the social worker recommended the parent to improve the child’s living conditions and even offered her shelter placement, but the latter refused.

The decision on temporary separation of the child from family was made in April and now the state takes care of the child that also involves foster care.

Noteworthy that mother has the right to visit the child and the child is separated temporarily. The child will return to family as soon as minimum requirements are met.

2. The Association Agreement and its Action Plan contain no provision/directive on separating a child from parents.

The Association Agreement with the European Union focuses on the issue related to children only twice (paragraph 1 of article 21 and paragraph 2 of article 229).

The first provision is related to the development of judicial cooperation between Georgia and the European Union in the field of the protection of children.

According to paragraph 1 of article 21 of the Association Agreement, the Parties agree to develop judicial cooperation in civil and commercial matters, including in the field of the protection of children.

The 2017-2020 Association Agenda between the European Union and Georgia also focuses on measures to protect children, outlining short-term and medium-term priorities in this field. The short-term priorities involve strengthening the role of the Public Defender’s Office to undertake further ombudsman work for children and protecting children against all forms of violence. The medium-term priorities involve enhancing measures to address most vulnerable children’s needs (including children with disabilities and children in street situation), through improving and expanding social protection mechanisms; taking steps towards elimination of child labor; continuing juvenile justice reform and working towards deinstitutionalization of children.