Does Enguri HPP Supply Electricity only to Abkhazia in Winter? 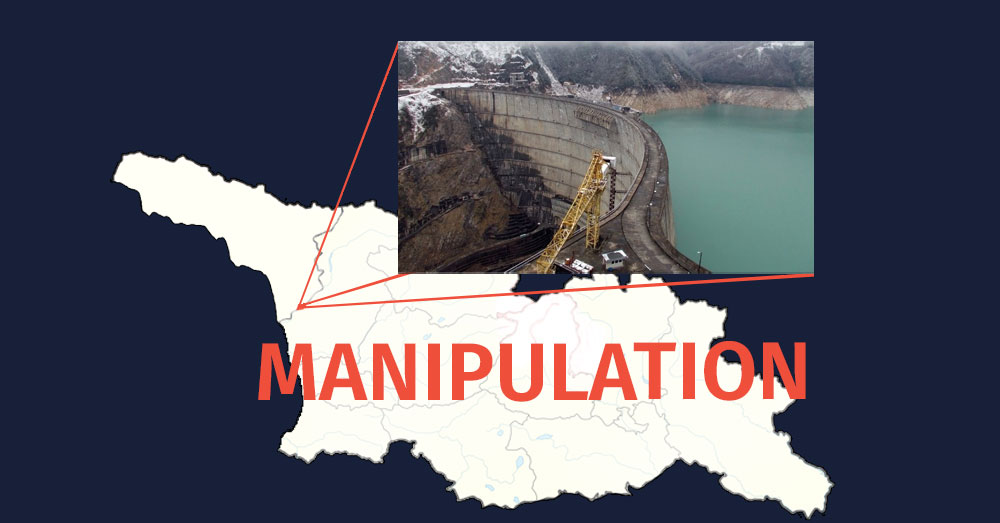 On March 9, Facebook page კარდჰუ (Kardhu) published a post, claiming that Georgia does not receive even one kilowatt from the electricity generated by the Enguri hydropower plant (HPP) and that in winter, the HPP actually works for Abkhazia only. 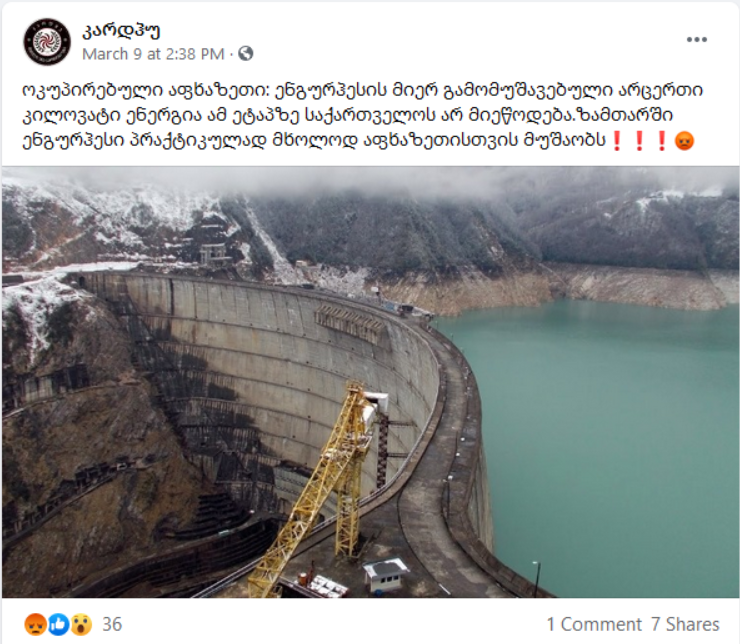 Kardhu’s claim is manipulative and it is not true. The information as if the electricity generated by the Enguri HPP is completely supplied to occupied Abkhazia is false, because the HPP temporarily went offline on January 20 for reconstruction works.

The repair works leave Abkhazia’s energy supply in a dire situation, as the occupied region fully relies on electricity generated by the Enguri power plant. Russia began supplying electricity to Abkhazia on December 11, 2020 as the region was experiencing power cuts since November 15, introduced to avoid a total shutdown of the Enguri HPP.

The Enguri HPP’s concrete arch dam is located on the Georgian-controlled territory, and its five generators are stationed on the Abkhaz side in Gali district. According to an informal agreement between Tbilisi and Sokhumi, 40% of the electricity generated by the plant has to go to Abkhazia, and the remaining 60% to the rest of Georgia. However, as of 2019, Abkhazia received around 48% of Enguri-generated energy, while 52% went to Georgia proper.

EUR 45 million has been allocated for reconstruction works with a EUR 7 million grant allocated by the European Commission and a EUR 38 million loan – by the European Bank for Reconstruction and Development (EBRD). The repair works will be undertaken by the Georgian, Turkish and German companies. The main component of the reconstruction project will be repair of the dam diversion tunnel, through which the aggregates are supplied with the water from the reservoir. For this reason, it became necessary to completely halt the Enguri HPP. According to the Economy Ministry, following the reconstruction works, it will be possible to generate additional 100-120 mln kWh electricity annually.

Georgian State Electrosystem (GSE), an electricity transmission system operator, said in its statement that such works are conducted on the Enguri HPP every 10-12 years.