Does Bill Gates Plan to Use Microchip Implants to Fight Coronavirus? 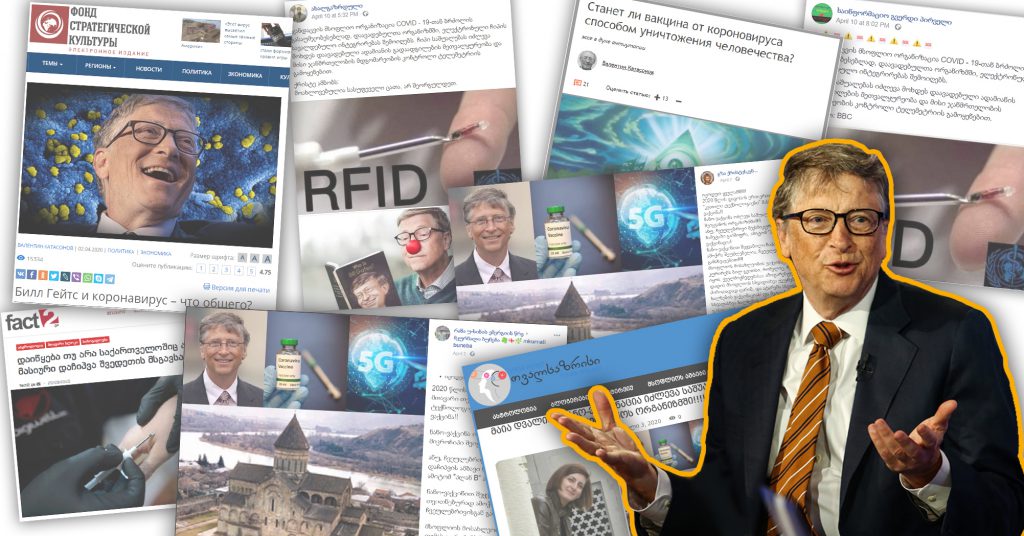 Amid coronavirus outbreak, Georgian and Russian websites, as well as Georgian and English social networking pages have recently reported that Microsoft cofounder Bill Gates plans to use microchip implants to fight COVID-19. According to the conspiracy theory, Bill Gates will launch human-implantable capsules and digital health certificates to manage people.

Among Georgian media outlets, the conspiracy theory about coronavirus and microchips was spread by a website fact2.ge, which also offered an interview with journalist Beso Makharashvili. The latter claims that coronavirus will be “the best justification” for implanting microchips. On April 3, Tvalsazrisi.ge also reported about microchip conspiracy headlined “Nano-vaccination enables to implant a microchip in human body!!!” Facebook user Maia Dvalidze published the post on her page. Later a page “რანა უ-სინის ენერგიის წრე” shared an identical post in the group მკურნალი ბუნება ???? mkurnali buneba. All of them also posted identical photo collages, depicting Bill Gates, coronavirus vaccine, 5G Internet and Svetitskhoveli Cathedral that further intensifies the conspiracy theory that the process is directed against the Georgian Orthodox Church. In a period between April 1 and April 5, the same text was shared by Facebook pages ყირამალა, საქართველოსთვის, გზა ქრისტესკენ, ახალგაზრდული. On April 10, microchip conspiracy theory was published by a Facebook account “საინფორმაციო გვერდი პირველი”, which referred to BBC as its source of information. The page, however, did not provide a relevant link. The page “ახალგაზრდული” dedicated two posts to Bill Gates and microchips.

Georgian sources also noted concerning this conspiracy theory that the issue of microchips topped the agenda of the 2020 World Economic Forum in Davos. 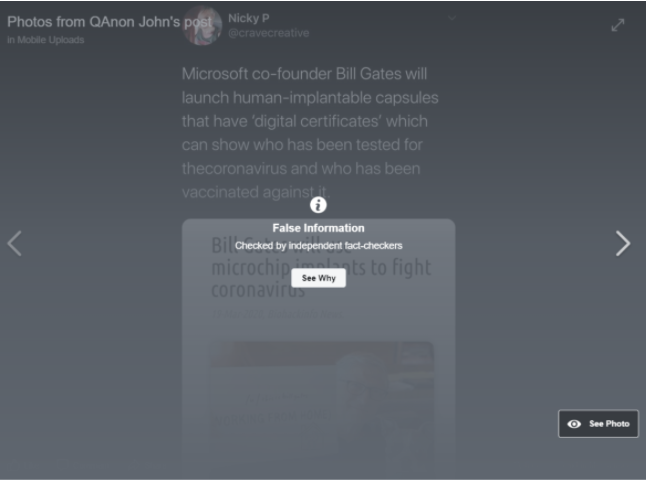 Reuters checked the spread conspiracy theory and concluded that false information about microchips and Bill Gates was based on the latter’s virtual conversation as part of the TED Connects series, as well as his opinion voiced on Reddit, where he answered the questions about COVID-19. Since then, his remarks were covered by various platforms in a manipulative manner. Bill Gates himself initiated a discussion on Reddit and gathered all the questions, along with his answers on his page. Speculations and conspiracy theories emerged after Gates mentioned digital certificates in response to the question “What changes are we going to have to make to how businesses operate to maintain our economy while providing social distancing?”

Bill Gates: “… Eventually we will have some digital certificates to show who has recovered or been tested recently or when we have a vaccine who has received it.”

Bill Gates said nothing about the plans to use microchip implants. The Bill and Melinda Gates Foundation told Reuters, “The reference to ‘digital certificates’ relates to efforts to create an open source digital platform with the goal of expanding access to safe, home-based testing.” IBM defines digital certificate as an “electronic document” that is used to identify an individual and compares it to a driver’s license and a passport. Thus, “digital certificate” mentioned by Bill Gates has nothing to do with the conspiracy theory about microchip implants.