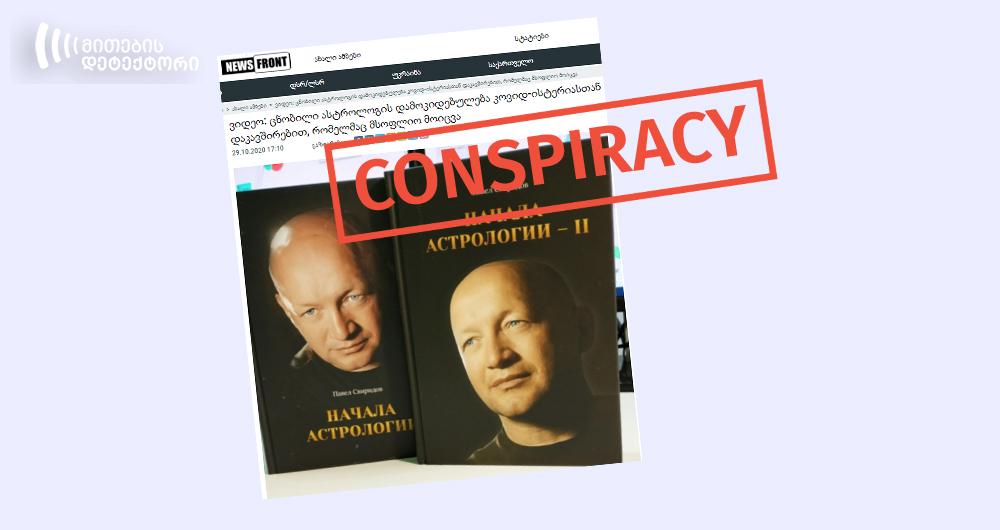 On October 29, a pro-Kremlin online media outlet News Front published an article titled ”Position of a Famous Astrologist about the COVID-Histeria that Possessed the Entire World”. The article comes with a video statement of a Russian astrologist, Pavel Sviridov, where he claims that coronavirus has been disseminated via the emissions of aircrafts. In the beginning, he claimed, special aircrafts were disseminating the coronavirus in large cities, only to be replaced by passenger planes. He labels this act as “a declaration of war against the humankind” and accuses two international organizations in the process – International Monetary Fund (IMF) and World Bank.

Pavel Sviridov, Russian astrologist: “Chemtrail is a supranational act that disregards state borders and the control of airspace. In the beginning, these were special aircrafts, then passenger ones… A special device has been installed that was automatically turning on the emitters and disseminating certain chemical reagents and substances in the large cities of the world at a specific time based on an order from a command centre… Plenty of biological agents have been found in the emissions… The viral elements such as flu virus and coronaviruses have also been found there… In a nutshell, this brownish liquid had biological properties… A war against the humankind has been declared. By whom? I named two organizations (IMF and World Bank) … This is a global conspiracy! A war against the humankind!”

The claim that the coronavirus is allegedly emitted by planes is a continuation of an old conspiracy theory that associates the trails left by planes in the sky with artificial weather changes, mind control, and spread of various diseases. In fact, these trails are called contrails, not “chemtrails”. They are seen for several minutes in the atmosphere and are not in any way connected to viruses.

The conspiracy theory that planes were emitting coronavirus spread from a central Mexican city, San Luis Potosí. According to the Guardian, residents of this city are especially disobedient towards the requests of the central government calling on them to stay at home. A large part of the residents of this industrial city did not take the virus threat seriously and connected the coronavirus to the “chemtrails”.

The Russian astrologist believes that the so-called “chemtrails” are responsible for spreading the virus in the air, while he actually means contrails. The term “chemtrails” is used by people who believe that planes spread hazardous substances. Contrails, on the other hand, refer to the trails left by planes in the sky. This is a sort of a condensation trail, visible only in certain atmospheric conditions for several minutes. According to the United States Environmental Protection Agency, this phenomenon has often become a source of various other conspiracy theories, including those claiming that this “emission” contains chemicals that artificially change the weather, control minds of people, and spread various diseases. Usually, the followers of these conspiracy theories claim that the interests of the government or large businesses are behind this.

The pro-Kremlin News Front registered on the Internet in November 2014 via a Russian web hosting reg.ru. The webpage has been disseminating news on eight different languages, including Georgia. On April 30, 2020, Facebook deleted pages associated with News Front, significantly limiting the outreach of the media outlet. Since the deletion of the Facebook page, the articles of News Front have been disseminated on social media via several pro-Russian groups:

Dissemination of the article

Nana Gotua-Lasar shared the News Front post in the “Group of those who agree with Kote Chikviladze and Gulbaat Rtskhiladze: Russia and Georgia”. As of today, the post has three individual shares and nine likes. 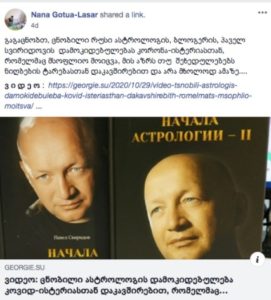 The video by Pavel Sviridov, which is uploaded to his personal YouTube channel, is being shared by Russian Facebook pages. It has so far reached 24,000 views. 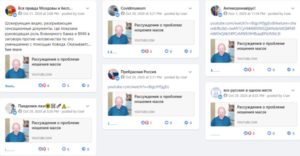 Sviridov often makes predictions about the domestic and foreign policies of Russia. According to him, China is waiting for Russia to collapse and believes that this will happen soon. In 2019, the astrologist predicted a big crisis in the European Union. Sviridov mentions that these two unions are artificial and the tendency of their breakup will continue.

Constantine Chikviladze used to manage the Facebook page of the Kremlin-associated News Front Georgia. At the same time, is an author and a Facebook administrator of Georgia and the World and its Facebook page, respectively. Chikviladze also manages a public Facebook group “Россия и Грузия- дружба навеки!” (Russia and Georgia- Friendship for Centuries!) and a Facebook group „პატრიოტი TV“ (Patriot TV), founded by Giorgi Iremadze. Iremadze is the President of the Union of Young Eurasians, a pro-Russian organization. 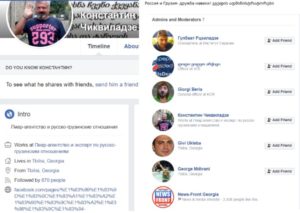 It is noteworthy that in April 2019, Constantine Chikviladze was participating in an event called “Reanimation of a Fascist Ideology”, which was devoted to May 9 celebrations. Russia-affiliated and ultra-nationalist organizations were also taking part in the given event.

The article uses CrowdTangle data which is the leading content discovery and social monitoring platform.