Do Only 15% of French Citizens Support the European Union? 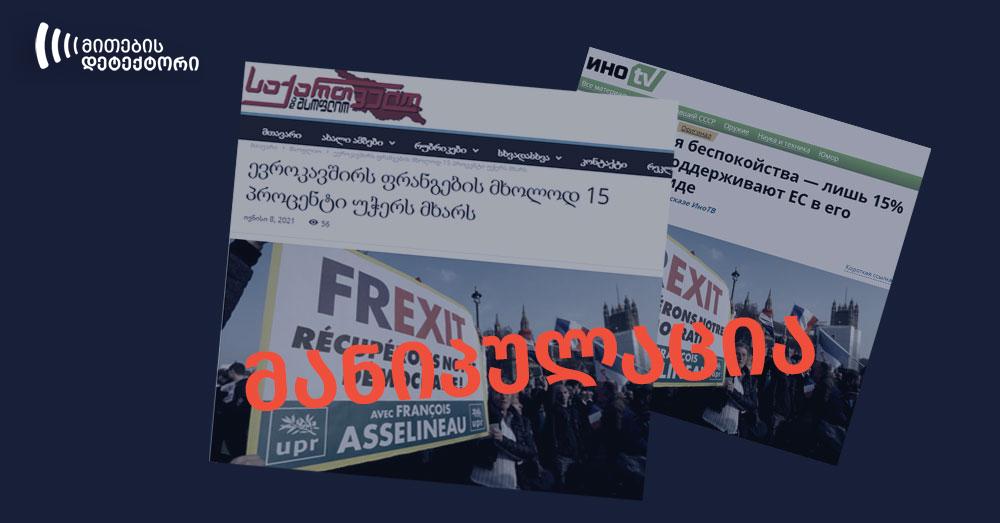 On June 8, Georgia and World, an online media outlet, published an article headlined “Only 15% of French citizens support the European Union,” referring to Russia Today as its source. The article claims based on the results of the Eurobarometer poll that France is the most Eurosceptic member state and that only 15% of French citizens say they support the EU as it is. Georgia and World also quotes Daily Express as saying that the results are especially worrying amid the increased support for Marine Le Pen. 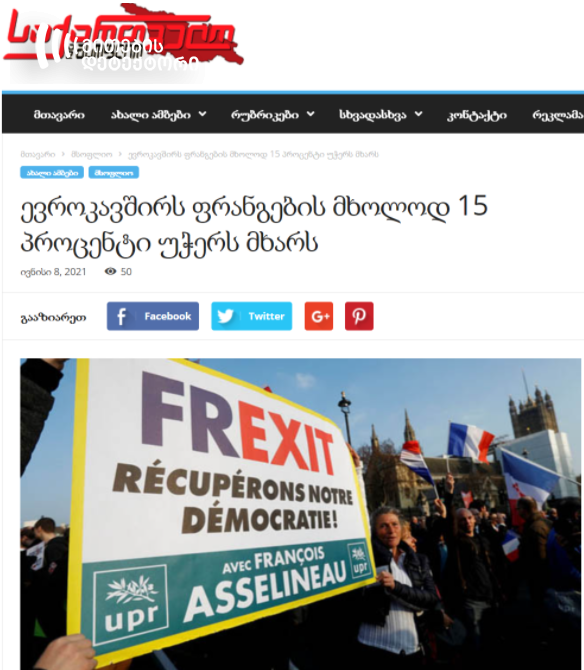 The Spring 2021 Eurobarometer survey was released on June 3 and it assesses the perceptions of EU citizens in the context of the continuing crisis of the COVID-19 pandemic, as well as general attitudes towards the European Union. Although most Europeans are not satisfied with the measures the EU has taken to fight the pandemic, nevertheless, the image of the EU and trust in the 27-nation bloc remains strong and steadily increasing.

A majority of Europeans have a positive image of the EU. As for France, according to the survey results, it is the most Eurosceptic member state. However, it is noteworthy that Georgia and World is manipulating the survey. The online media outlet portrays the survey in a negative context and does not cover it comprehensively, thus misleading the readers. Respondents were asked to answer which of the following statements regarding the European Union was closest to their opinions: 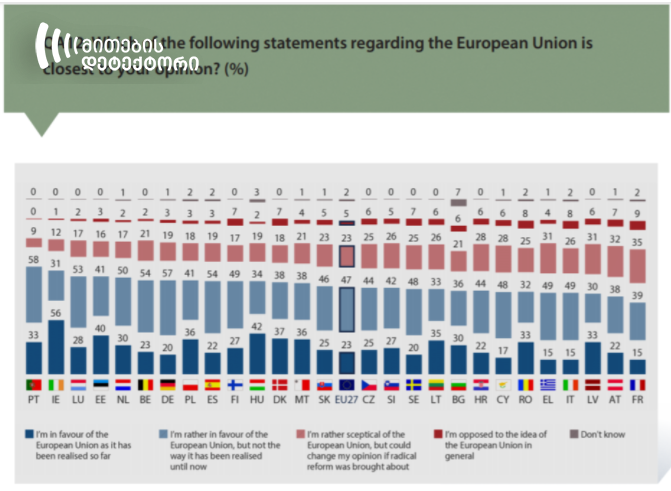 It is noteworthy that these results are not as worrying as claimed by British newspaper Express quoted by Georgia and World. The results do not point at Marine Le Pen’s victory and France’s exit from the European Union. A total number (54%) of respondents (15% in favor and 39% rather in favor) are still in favor of the European Union, but most of them demand reforms.

Eurobarometer’s November-December 2020 poll covering the same issue shows that number of respondents who are in favor of the EU as it has been realized by now decreased by 1% only.

Besides the European Parliament’s Eurobarometer survey, the results of Standard Eurobarometer Winter 2020/2021 poll are also worth noting (p. 162). According to the survey, 41% of respondents have a positive image of the EU, in contrast to 21% with a negative view. 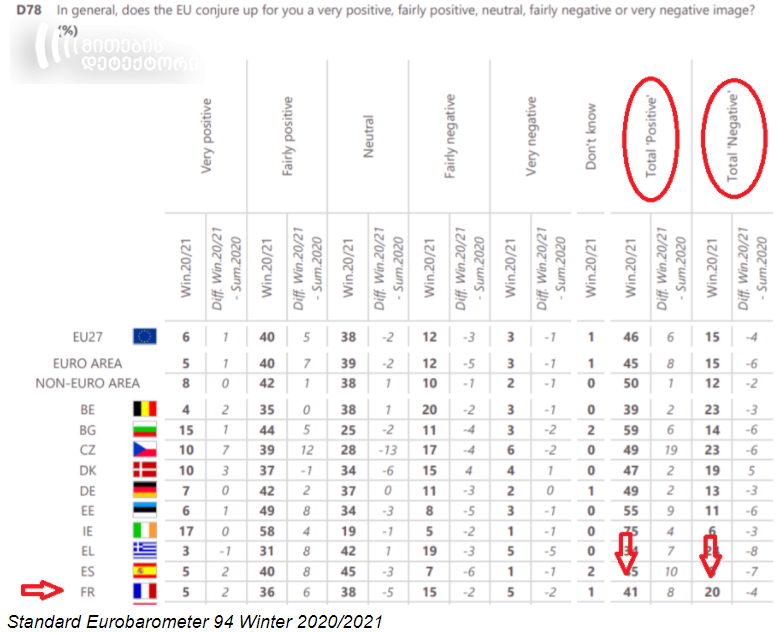 As for French presidential candidate Marine Le Pen, she got much support following the 2017 presidential elections. However, the second-round forecasts do not crown her the winner. Le Pen was once in favor of France leaving the European Union, but later she changed her mind and announced that she was against Frexit.