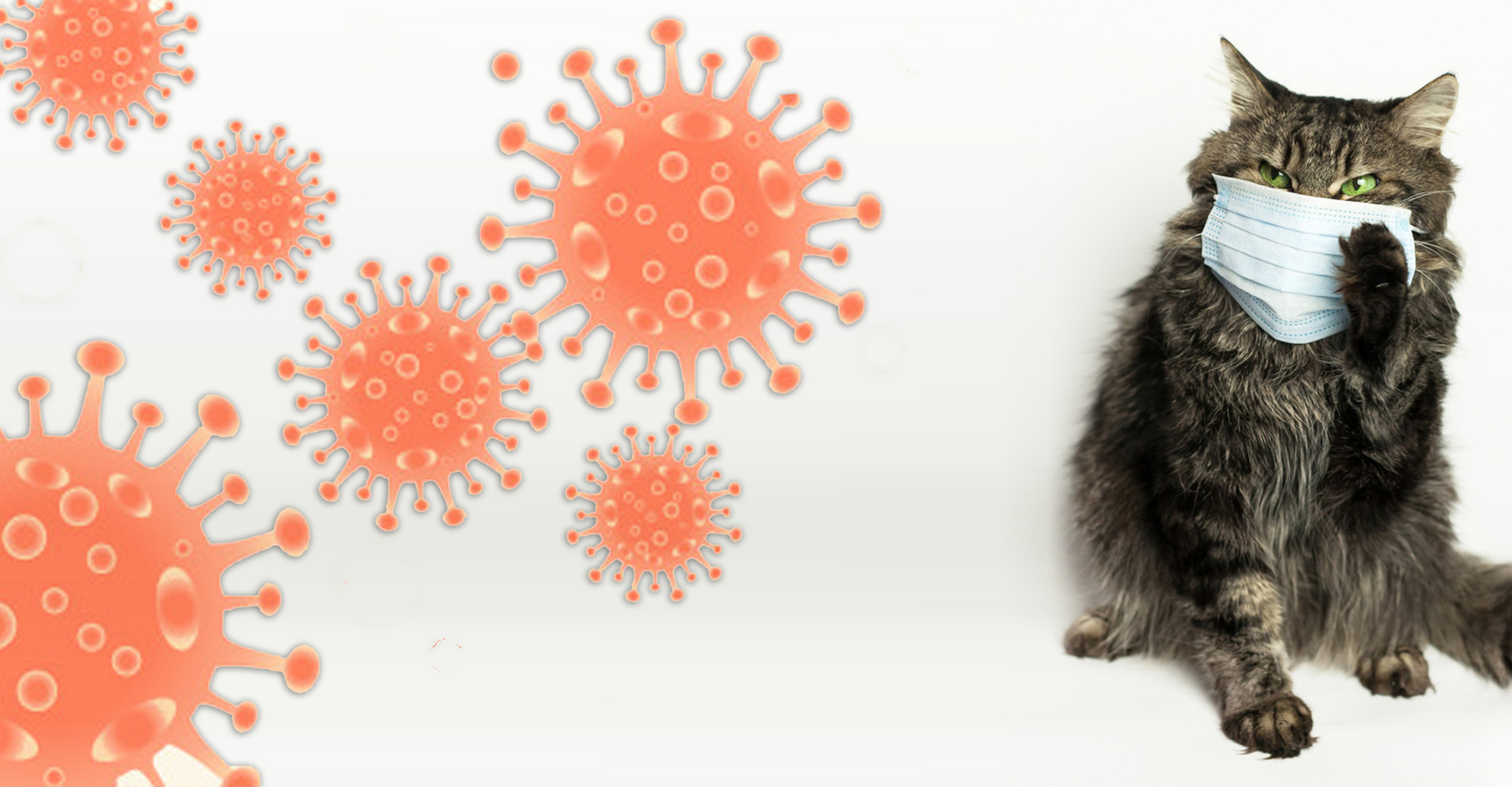 On April 4, Newposts published an article headlined “Coronavirus found in cats – scientists conclude that animals are able to spread Covid-19.” The article reads at the very beginning that COVID-19 can be transmitted by animals and that according to the study conducted in China, 15% of stray cats living in Wuhan have tested positive. The Guardian was referred to as the source of information about the susceptibility of cats to coronavirus. 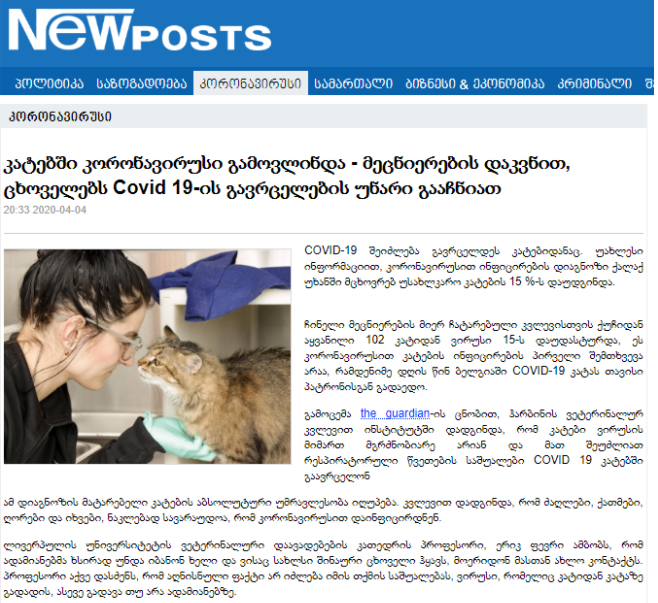 The information as if according to the research conducted in China, 15% of stray cats living in Wuhan have been tested positive for coronavirus is false. 1. 18 domestic cats were used in the new study. 2. Only one cat got infected after being put at high risk. 3. Experts question the validity of the new study. 4. The article’s manipulative headline misleads the readers about the contacts with cats or generally animals allegedly leading to catching the virus. The spread of such materials aims at sowing panic and fear among the population.

On March 30, a website biorxiv.org published the study conducted in China, which aimed at determining the susceptibility of domesticated animals to the novel coronavirus. Page 18 of the document reads that 18 cats obtained from the National Engineering Research Center of Veterinary Biologics CORP (Harbin, China) were used in the study. Thus, 18 cats and not 102, as claimed by Newposts, were used in the study and none of them were homeless.

2. Only one cat tested positive for coronavirus

Five subadult cats were inoculated with coronavirus. Two of them were studied separately from other cats; three infected cats were put into a cage adjacent to three non-infected cats to determine whether healthy cats would catch the virus. Ultimately, only one out of three healthy cats became infected and not 15 as claimed by Newposts.

3. The study has not yet been peer-reviewed, but already triggers some doubts

Experts question the validity of the study. Dr. William Schaffner, a professor of preventative medicine and infectious disease at Vanderbilt University School of Medicine in Nashville, called the scenario used in the lab experiments “completely unrealistic,” because researchers forced extremely high doses of virus in cats. “This is an artificial circumstance and we don’t know that it happens in nature at all,” he said. Moreover, researchers concluded on the basis of only one infected cat that these animals can infect each other with coronavirus.

4. There is no evidence to prove that animals can transmit infection to humans 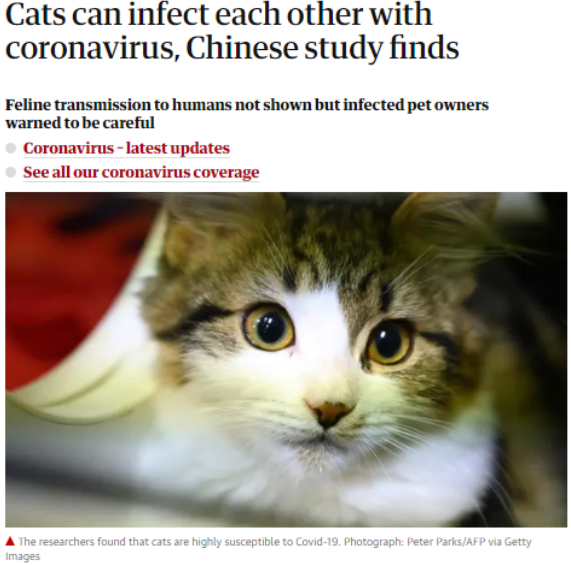 The headline of The Guardian’s article cited by Newposts clearly reads that “Cats can infect each other with coronavirus, Chinese study finds.” According to the article, there is no direct evidence that cats would be able to infect people or other animals. Below are the answers by the World Organisation for Animal Health (OIE) and U.S. Center for Disease Control and Prevention (CDC) to the question:

Are animals responsible for COVID-19 in people?

The predominant route of transmission of COVID-19 is from human to human. Current evidence suggests that the COVID-19 virus emerged from an animal source. Investigations are needed to find the source, to determine how the virus entered the human population, and establish the potential role of an animal reservoir in this disease. However, to date, there is not enough scientific evidence to identify the source of the COVID-19 virus or to explain the original route of transmission to humans (which may have involved an intermediate host).

The virus that causes COVID-19 spreads mainly from person to person through respiratory droplets from coughing, sneezing, and talking. Recent studies indicate that people who are infected but do not have symptoms likely also play a role in the spread of COVID-19. At this time, there is no evidence that pets can spread the virus that causes COVID-19 to people or that they might be a source of infection in the United States.

Mariam Chkhikvishvili, President of Georgian Veterinary Association, told the Myth Detector that the information as if COVID-19 can spread from animals is a lie and there is no evidence to prove it. She recommends the population to observe sanitary norms, to keep distance from other people while taking pets for a walk and clean their limbs and body with chlorhexidine upon returning home.