Do American Protesters Call on Putin to Send Troops to U.S.? 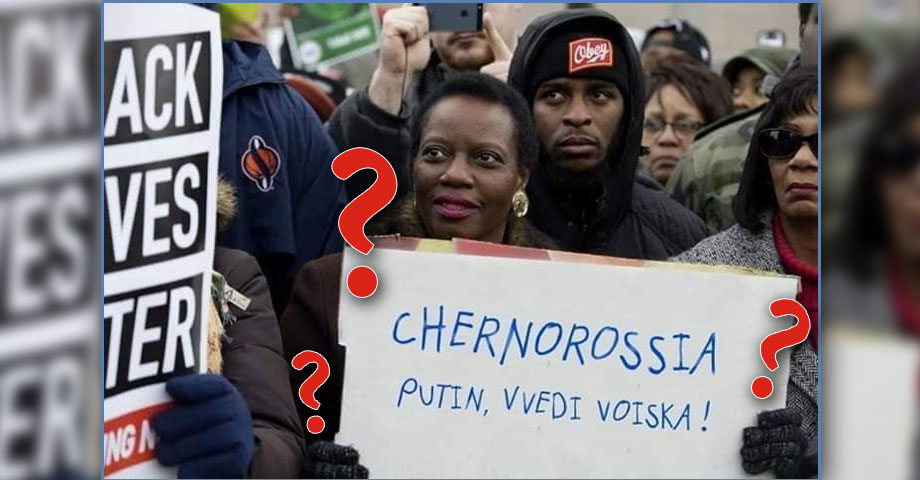 A photo depicting participants of a rally protesting the death of George Floyd in Minneapolis has gone viral on Twitter recently. One of the protesters is holding a poster reading “Chernorossia – Putin vvedi voiska!” (“Black Russia – Putin, Send Troops”). The photo has been shared on Twitter mostly by Russian-language accounts with various comments.

The photo is accompanied by the following messages: “Looks like a truth;” “Here is a hint how “Minneapolis belongs to us” will be pronounced in Negritic language;” “It seems, we will witness the creation of Black Russia in the United States;” “How can these African Americans dare it? They have become so insolent. Where are the American troops?” “It is late to drink Borjomi. Annushka has again spilled sunflower oil. It’s your fucking end, America,” and others. In fact, the photo has been photoshopped. A real image was taken in December 2014 and it depicts protesters marching against racism in Washington. The poster shown on the real photo involves a slogan of the march: “Hands up, don’t shoot!” 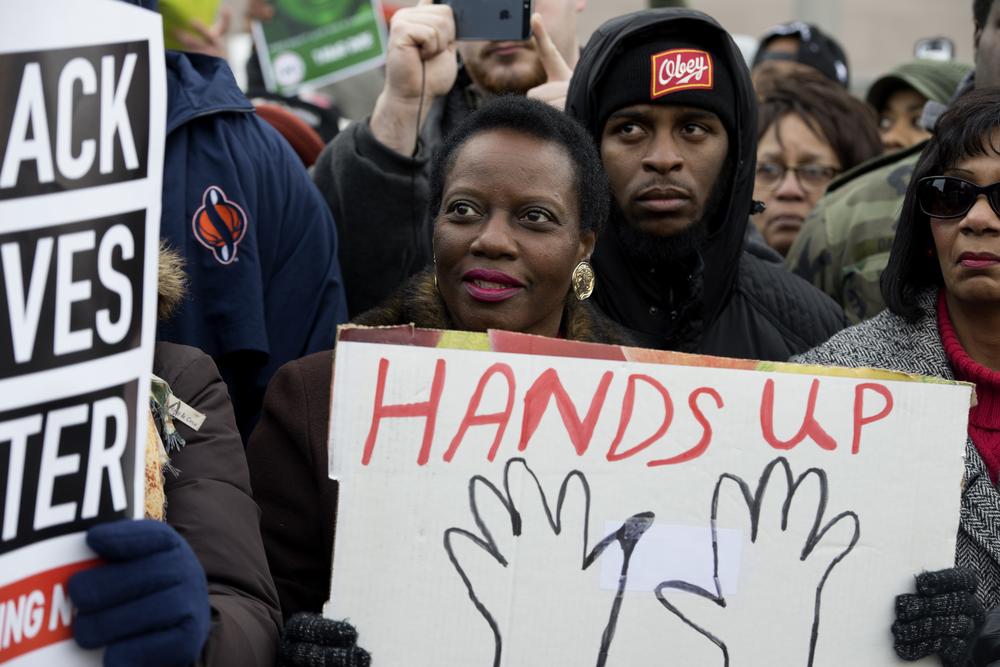 Massive protests have swept the United States following the death of George Floyd on May 25. The participants are protesting systemic racism and police regime in the country. Protests against killing unarmed black people by police officers are periodically held in the United States for years and the slogans remain unchanged: “Hands up, don’t shoot,” “Black lives matter,” “I can’t breath”