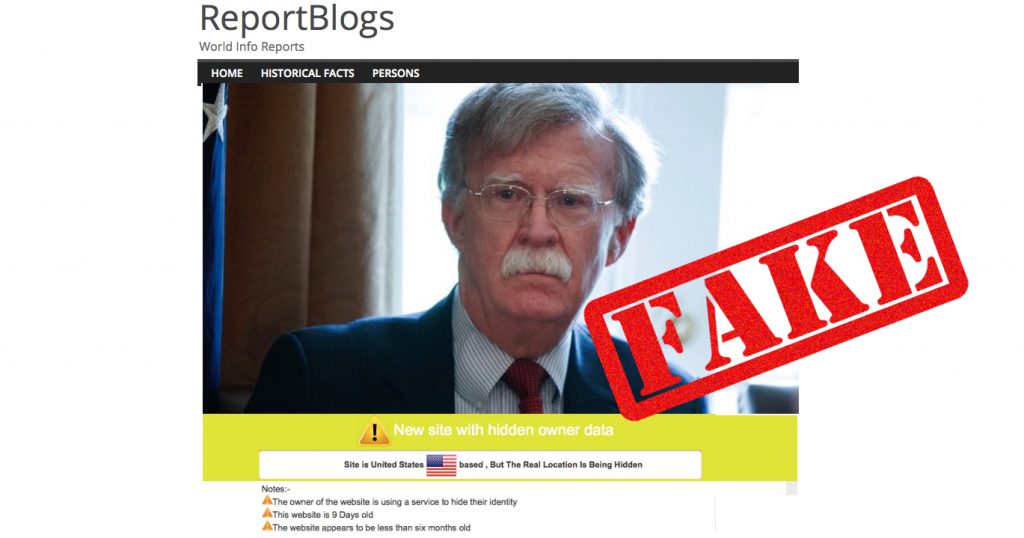 On October 31, a website ReportBlogs reported that during his visit to Georgia on October 25-26, U.S. National Security Advisor John Bolton allegedly warned the Government of Georgia on suspending the U.S.- Georgian partnership in connection with alleged delivery of the U.S. purchased  Javelin Missiles to Russia.

The information as if John Bolton warned the government on suspending partnership is a lie and the English language website, where the report was spread, was created nine days before its dissemination.

The Georgian Embassy to the United States has condemned the news as a fake. In its Facebook post, the Embassy wrote:

“Dissemination of disinformation from a doubtful private blog is a classic example to cast shadow over the U.S.-Georgia strategic partnership, which is developing extremely positively over the past years and has reached its highest level. Ambassador Bolton’s visit to Georgia was extremely successful and in the wake of this visit our bilateral strategic partnership is acquiring new scales, including in terms of defense and security cooperation.” The English-language web portal was registered nine days before the material was released.

According to Scamadviser.com, the United States is indicated as the website location, but it also notes that “the owner of the website is using a service to hide their identity.” Moreover, the website reliability is low.