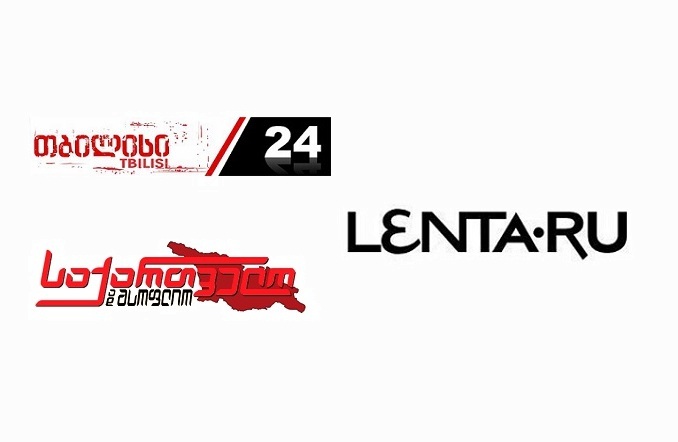 On March 26, 2017, tb24.ge, based on a Russian source Lenta.ru, published information about Donald Trump allegedly handing Angela Merkel, the chancellor of Germany, during her visit, a bill worth 300 billion for NATO. Geworld.ge published the same information as well:

TB24: “According to several statements of the President of the United States, the USA plans to significantly cut down its 70% funding of NATO in the future, which ultimately promises an end to the NATO.”

Press-secretary of the White House, Sean Spicer, officially denied this information. Donald Trump himself tweeted on this matter as well:

“Despite what you have heard from the FAKE NEWS, I had a GREAT meeting with German Chancellor Angela Merkel. Nevertheless, Germany owes vast sums of money to NATO & the United States must be paid more for the powerful, and very expensive, defense it provides to Germany!” 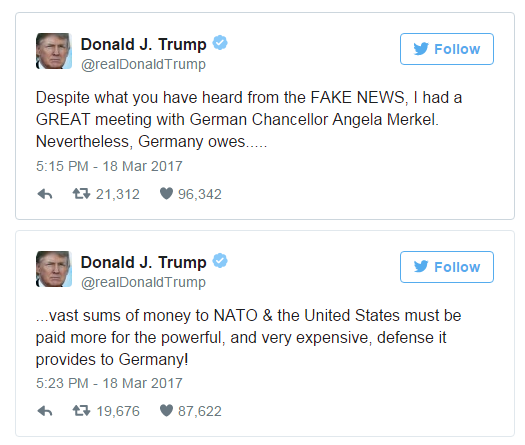 The primary source of information

Initially, the information about Donald Trump allegedly handing out the bill to Merkel was disseminated by The Times. The edition bases its claim on “a German minister”, without revealing the identity.

About Tbilisi 24: Information Agency LTD Tbilisi 24 registered in the Public Register on March 26, 2015. Gocha Nachkebia (50%) and Maia Shaishmelashvili (50%) are the owners. Gocha Nachkebia, who is also the Director of Tbilisi 24, is an associate of one of the leaders of The Centrists – Vladimer Bedukadze.

Detailed information about Tbilisi 24 is available at  mediameter.ge.