Disinformation: the Syrian government has not used the chemical weapon 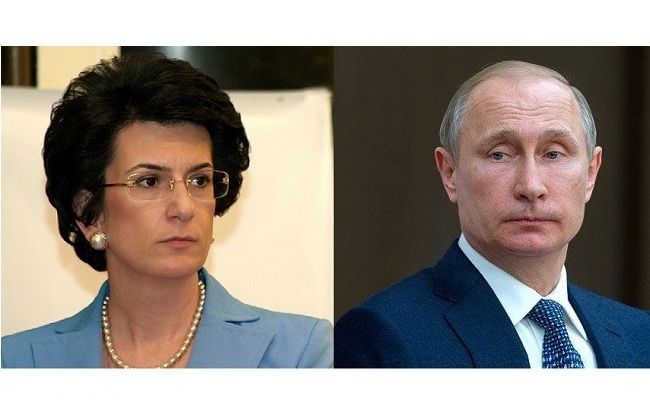 On April 7, as a response to the Syrian governmental forces’ offensive on the city of Khan-Shaykhun in Idlib province (April 4), the United States implemented a cruise missile attack on Shayrat Airbase. Several Pro-Kremlin media outlets, politicians and members of public voiced their response towards this event and noted that the Syrian government has not used the chemical weapon, hence no basis for the airstrike carried out by US. Similar information has also been disseminated by Russian media outlets, supportive of the Government of Russia/Kremlin.

Statements about the Government of Syria not using the chemical weapon in Syria are groundless, based on the data by such international organizations as World Health Organization, Human Rights Watch, Doctors without borders, Organizations for Prohibition of Chemical Weapons.

April 5, Syrian Observatory for Human Rights (SOHR) – number of those killed during the airstrike in Khan-Shaykhun, Idlib province, reached 86, including 30 children and 20 women. On April 4, medical sources confirmed that one of the quarters of the city was shelled with gas, causing symptoms such as suffocation, decrease of the color shell of the eye, spasms in the affected population.

April 5, World health Organization (WHO) is worried with the reports that indicate the usage of highly toxic chemical substances during the attack on Khan Shaykhun, Idlib province. According to the WHO partners on site (WHO – Health Cluster), at least 70 people were killed and hundreds were injured. According to the doctors in the Idlib province, dozens of people that were transported to the hospitals for emergency medical aid, had respiratory difficulties and suffocation. Majority of them are women and children.

On April 20, Organization for the Prohibition of Chemical Weapons (OPCW) that is the executive body of the Chemical Weapons Convention and includes 192 member countries as of today, published a report that the detailed analysis of bio-medical samples of the victims of the offensive revealed usage of poisonous gas – sarin or its analogue. Researches were conducted in four different laboratories of OPCW.

Human Rights Watch published reports on the usage of chemical agents (chlorine) by the Government of Syria in May 2014, April 2015, June 2015 and September 2016 as well.

Government of Russia and Media

About Georgia and World.  The newspaper and internet-portal Georgia and World is published by LTD Historical Heritage, the foundation of which was publicly acclaimed by the Russian President Dmitri Medvedev. Alexander Chachia, who was awarded with an order by Medvedev for “a great contribution to the friendship and cooperation with the Russian Federation” in July 2008, is a member of the council of Historical Heritage.

About Politicano. Politicano’s Facebook page is a medium connected with Evgeni Primakov-named Russo-Georgian public center. In turn, the given center is created by Gorchakov Foundation (created by an order of the President of Russia) and the Institute of International Relations of Georgia.

Democratic Movement – United Georgia came up with an initiative of non-block status and neutrality prior to 2016 Parliamentary Elections which was also shared by other pro-Kremlin parties. Nino Burjanadze’s party was also pushing the idea that integration to the North-Atlantic space would result in Georgia losing its occupied territories.

About Saqinform. Arno Khidirbegashvili, the Editor-in-Chief of the edition, has been the owner of 100% of the shares of the information agency Saqinform since 2013. According to damoukidebloba.com, Saqinform’s domain is registered on Taras Gagnidze, the Head of pro-Russian organization, Historical Heritage, who also owns Georgia and World. Like Georgia and World, Saqinform is also infamous for its promotion of hate speech. With regards to Turkophobia, Saqinform portrays Russia as a counterbalance to Turkey and groundlessly appeals to Kars Trety.