Disinformation: The number of Crimes Committed by Immigrants in France and Germany Increases 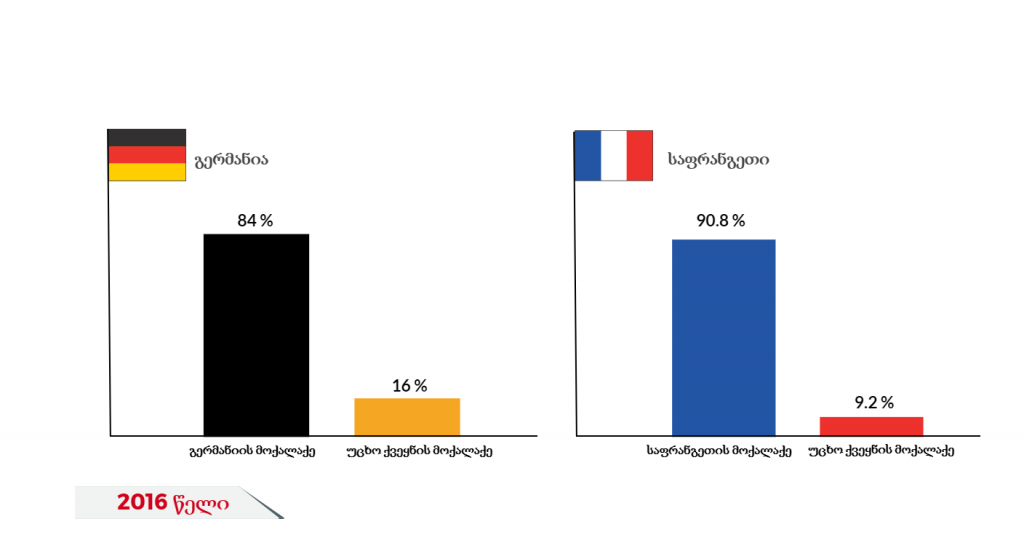 On July 6, the online news edition “Saqinform” published an article by Arno Khidirbegishvili, its own editor, under the headline “Russia can make an offer to Georgia that it can not refuse.” The author of the article instigates intolerance towards immigrants and wishes to expose them as assaillants and criminals.

Arno Khidirbegishvili: “Europeans have become expatraites in their own countries – Germans and French are being expulsed from their homes by involuntary displaced persons (IDP) from Syria and immigrants from other eastern countries, who rape and murder European women directly in the streets in broad daylight; the same is true of Georgia, which is already suffocating from Arab, Indian, Chinese and African migrants. “

The quote cited above is clearly a distortion of facts, as both French and German statistics show that the largest majority of crimes commited are by the hands of citizens of these countries.

Fact 1. The number of crimes in France in 2016 has decreased compared to 2015, while 84% of the crimes have been perpetrated by French citizens.

The criminal statistics report published by the French Ministry of Internal Affairs in 2016 reveals a decrease in the number of crimes committed compared to 2015. 93.6% of people aged over 15 years residing in France, are French citizens. According to the same statistics, the citizens of France are responsible for 84% of the criminal activity. In 85% cases of murder, sexual aggression, armed robbery and intentional assaults and 92% cases of grand theft auto the crime is carried out by a french citizen.

In the same report, the data based on the number of foreign citizens most likely to be found guilty of murder and sexual abuse (see Table), Syrian and other Middle East citizens are not even present.

Fact 2. According to data from 2016 of the German Federal Criminal Service, the best part of immigrants did not violate the law.

According to the 2016 report by the Federal Criminal Service of the German Police, “criminal statistics in the context of immigrants,” the largest part of immigrants did not participate in any sort of criminal activity. The highest number of criminals in comparison with the total number of emigrants is recorded by Georgians, Moroccans, Algerians and Tunisians, and the lowest rate for Syrians, Afghans and Iraqis. According to the same report, total number of offenses amounted to 3,175,324 in 2016, of which 9,2%, or 293,467 were committed by foreign citizens. (See the Diagram) From the above mentionned crimes 1 496 cases of sexual assault and 296 cases of murder were reported to be perpetrated by foreign nationals. 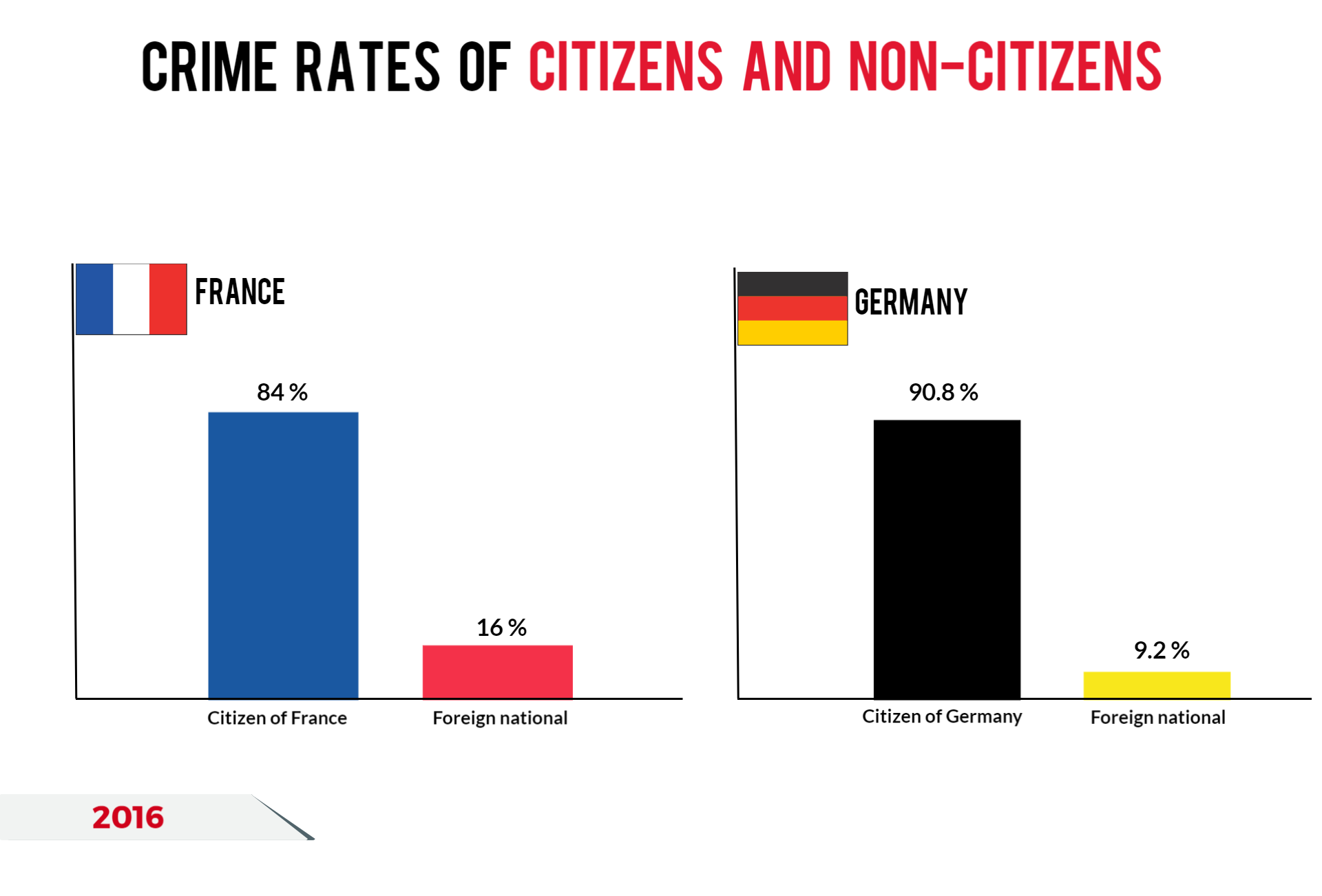 Arno Khidirbegishvili is the editor and also the holder of 100% of the shares in Saqinform Ltd. Saqinform was a state controlled news agency in Soviet times, which was then subject to presidential administration in the first years of the country’s independence, and was abolished in 2004. The news agency by the name “Saqinform” was revived in 2010.
Saqinform has an openly pro-Russian editorial policy and is distributing fabricated information based on Russian sources (REGNUM/RT/warfiles.ru/Nakanune.ru(Накануне.ru)/Rossiskaya Gazeta (Российская газета) and others). The edition distinguishes itself also by the amount of xenophobic and homophobic content.