Disinformation: The Istanbul Convention is a Targeted Attack against Georgian Traditions and Identity 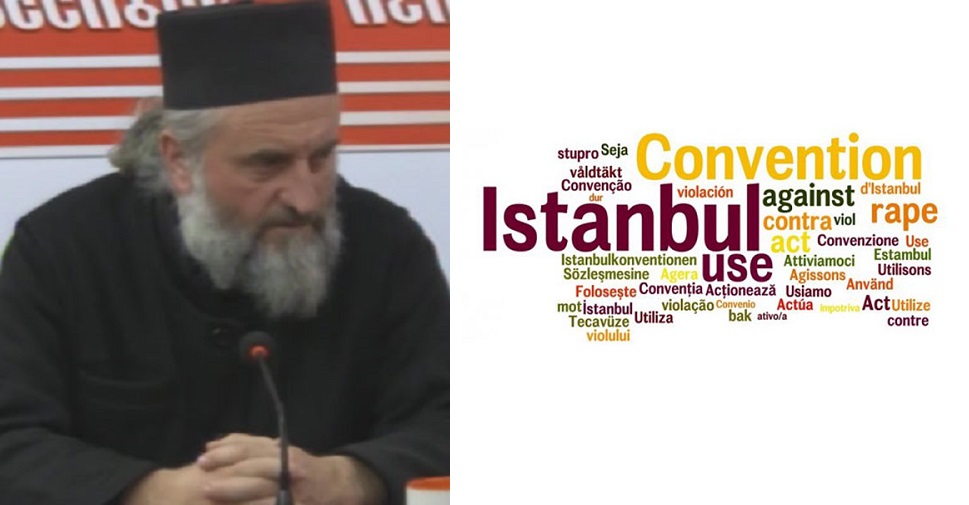 On September 6, an online edition Geworld.ge posted an interview with Archpriest Guram Gamtsemlidze titled “How can the West teach us to respect women, when they cannot distinguish men from women?!” Speaking about the implementation of the Istanbul Convention, adopted by the Council of Europe in 2011, in the context of legislative obligations undertaken by Georgia under the Association Agreement, Archpriest Guram Gamtsemlidze said that the Istanbul Convention “is a targeted attack against Georgian traditions, identity and everything national.”

Guram Gamtsemlidze, archpriest: “It [the European Convention adopted by the Council of Europe on May 11, 2011] is yet another attack against Georgian traditions, identity and everything national. I do not see anything new and surprising in it. Actually, they know better than us historically how much the women were respected in Georgia, be it a wife, a mother or others. But they put it as they need… Now, someone will probably say that the facts of violence have become too frequent recently; there were frequent cases, when a husband beat or wounded a wife to death and so on. It is a usual crime. Relevant structures exist to prevent similar crimes and they have to address this issue.”

The allegation that the Istanbul Convention is directed against Georgian traditions and identity is groundless, because it aims at preventing any forms of violence against women.

The Istanbul Convention – Purposes and Obligations

In order to ensure effective implementation of its provisions by the Parties, the Convention sets out the following obligations:

Statistical data on violence against women and domestic violence in Georgia

According to the special report prepared by the Georgian Public Defender’s Office in 2015 to study the existing state services for the victims/survivors of domestic violence and protection mechanisms, 17 women were killed as a result of domestic violence in 2014. Moreover, female homicide increased by 62% in 2014 compared to 2013. The cases of killing a wife by a husband increased by 57% and crimes committed against women in the family (killing) increased by 53% compared to the previous year.

The special report  also notes that in order to prevent violence against women and to establish gender equality, it is essential to change the policy, as well as to collect aggregate statistical data and to work on raising public awareness. In addition, the role of social workers in the response to domestic violence incidents remains unclear; while, due to the nature of the problem, involvement of law enforcement agencies is not always sufficient and requires support by relevant professionals.

A number of legislative amendments have been implemented to bring national laws in line with the Istanbul Convention. In particular: