Disinformation that Turkey and USA Fund and Control the Constantinople Church 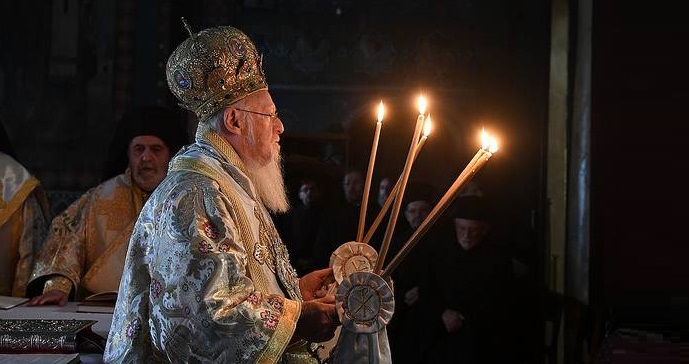 An article titled ”If We Want to Survive, We Must Look For Our Place in the Russian Political-Clerical Vaarwater” by a journalist Davit Mkheidze was published in an online-edition Georgia and World’s webpage. The article mentions that the Ecumenical Patriarch of Constantinople, Bartholomew I (aka World Patriarch) is funded by the USA and Turkey, therefore, these countries control the Constantinople Church.

The article disseminated by Georgia and World is a disinformation, as Turkey does not fund the Constantinople Church. Its main source of income is connected to the Western European countries’ and the United States’ dioceses.

1. Information About Turkey Funding the Constantinople Church is a Lie

Shota Kintsurashvili, a Master student at the Faculty of Theology of the University of Eichstätt-Ingolstadt, notes in an interview with the Myth Detector that the information about the alleged funding provided by Turkey to the Constantinople Church is false, which is confirmed by the following facts:

2. Council in Crete and the Finances

According to Shota Kintsurashvili’s assessment, Georgian Church’s unexpected refusal to participate in the assembly created reasonable doubts of it being influenced by the Russian Church: “Attending the Cretan Assembly would have been a symbolic act from the Georgian Orthodox Church and would demonstrate that it does not play by the Russian political orthodox rules and is self-sustainable, independent and strong in making in its own decisions, on the contrary.”

4. The Role of the World Patriarchate of Constantinople and of Its Leader

As Shota Kintsurashvili said, the role of the World Patriarchate of Constantinople and of its leader are obscure and unclear for the Georgian public. He also added that the Constantinople Church is not unfamiliar with Western values, as this Church is based precisely on the fundamental human rights.