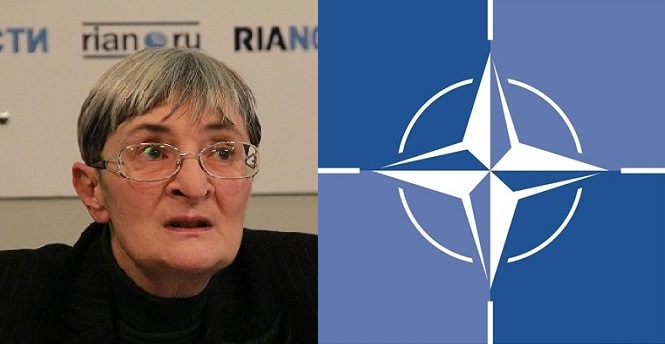 On May 17, 2017, the Director of the Center for Global Researches, Nana Devdariani, in a program of TV Obiektivi, spoke regarding the NATO’s activity in the Baltic states and noted that the defense systems located there would not protect these countries from Russian aggression.

Nana Devdariani, Center for Global Researches: Regarding the defense capacity of the Baltic states – those hundreds of military personnel as well as the enginery located there, do not provide any guarantees of protection in case of Russia’s aggression, do they? Questions have arisen – will NATO resort to the adequate measures if the Russians carry out the military actions in the Baltic states? The answer is – “most likely not”. Most likely not and definitely not. I mean that there are core countries, whose interests are protected only because they are strong countries.

The aforementioned statement about the vulnerability of Baltic states is false, due to the following facts:

Fact 1. NATO implements Air Policing mission in the airspace of the Baltic states

The Air Policing mission implies protecting the air security of the alliance 24/7, 365 days in a year. Baltic Air Policing was launched in 2004, when the Baltic states joined NATO. The mission is still underway. The mission includes the Air Surveillance and Control System (ASACS), the Air Command and Control (Air C2) and the Quick Reaction Alert (QRA(I)) fighter jets, which are in a 24-hour readiness mode and are capable to identify from a long range the objects that operate near NATO air space or are approaching it and adopt respective measures.

According to the Article 5 of the founding North Atlantic Treaty (Washington Treaty) of NATO from April 4, 1949, “The Parties agree that an armed attack against one or more of them in Europe or North America shall be considered an attack against them all.” Therefore, in case of the Russian military offensive on one of the Baltic states, the Article 5 will be triggered.

Fact 3. The Baltic states have several thousands of military personnel.

The Baltic states have several thousands of militaries:

•Lithuania’s Professional Army consists of 8,660 soldiers, in addition to the 4,640 individuals from the “National Security Volunteers Forces” and 3,000 soldiers serving the mandatory military conscription. The Lithuanian Military Personnel has been increasing on an annual basis.

Fact 4. Baltic states’ military expenditures have been growing on an annual basis.

All three Baltic states have been increasing their military expenditure:

Since 2004, NATO’s military forces have been located on Šiauliai Air Base in Lithuania, in the framework of “Baltic Air Space Policing Mission”. Since 2014, it has also been using Ämari Air Base in Estonia. In addition, Lielvārde Air Base in Latvia is also exploited periodically.