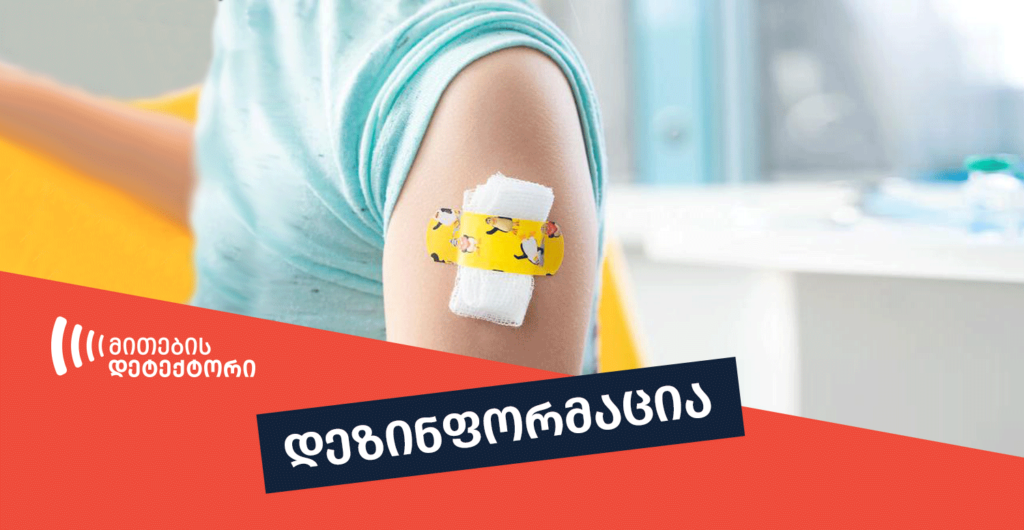 On June 2, Khatuna Saginashvili, editor of the journal “Kvakutkhedi”, on her Facebook account published the post, citing Facebook user Tea Jojua, about the death of 15 years old girl as a result of vaccine rollout for children in Germany.

Information spread about the death of a child due to vaccine in Germany is false. Aside from the fact that there has been no such cause of death, COVID-19 vaccination for children under 16 is yet to start in Germany

Even though European Medicines Agency has authorized the administration of Pfizer vaccine for children aged 12-16 in the EU, EU-member states make a decision on the aforesaid issue individually. For now, German Standing Vaccination Committee on Vaccination has not issued a recommendation on vaccination for children. Committee chairperson Thomas Mertens stated that for children with previous illnesses vaccination will most likely be allowed, however the discussion on issuing a general recommendation for adolescents aged 12-16 is still ongoing.

As for the German government, Health Minister Jens Spahn entrusted individual decision-making to parents and doctors. Per the decision of German Federal and State governments, children aged 12-16 will be able to register for vaccination from June 7 once prioritization is lifted. However, according to the statement from German Chancellor Angela Merkel, the vaccine might not be available for all from June 7 due to vaccine shortage and it might be possible to launch universal immunization at the end of the summer.

On May 28, European Medicines Agency approved the Pfizer vaccine for adolescents aged 12-16. Earlier, the authorization was issued from the age of 16, however, the study of 2 260 children aged 12-16 showed that the vaccine is effective in children and adverse effects in this age group are similar to the ones in adults.