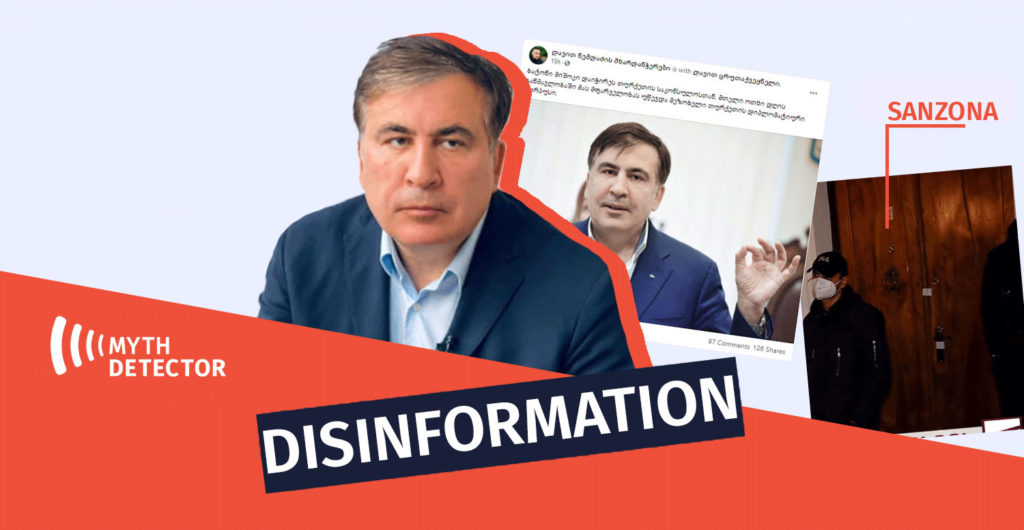 On October 1st, 2021, the Facebook profile “Supporters of Davit Nemdadze” published a post claiming that Mikheil Saakashvili, the former president of Georgia, had been arrested at the Turkish consulate in Tbilisi. The post also stated that the Saakashvili was under the protection of the Turkish diplomatic corps and was brought to Georgia by a military ship. 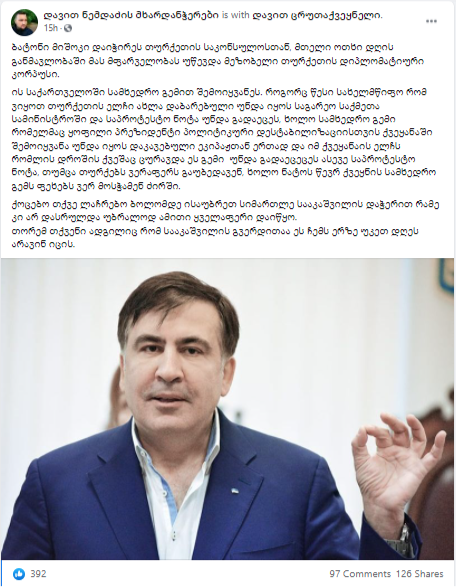 The statement as if Saakashvili was arrested at the Turkish consulate is disinformation since, in reality, he was arrested in Sanzona, in the building located on Kvishkheti street. The Turkish embassy is situated on Tchavchavdze Avenue, while the general consulate is on Abashidze str. in Batumi. The information that the Saakashvili was helped by the Turkish diplomatic corps and was brought to Georgia by a military ship is without evidence. Davit Nemsadze has been previously spotted publishing Turkophobic content. In this case, he is trying to link the secret entry of the Georgian ex-president with the Turkish diplomatic corps.

On October 1st, 2021, the former president of Georgia, Mikheil Saakashvili, has posted several videos on his Facebook page, announcing his return to Georgia. The ruling “Georgian Dream” party members have been stating that Saakashvili never returned to Georgia, and the videos were actually taken in the Ukrainian resort of Truskavets. Later that day, at the briefing at 19:45, the Prime Minister of Georgia, Irakli Gharibashvili, announced that Mikheil Saakashvili was arrested. 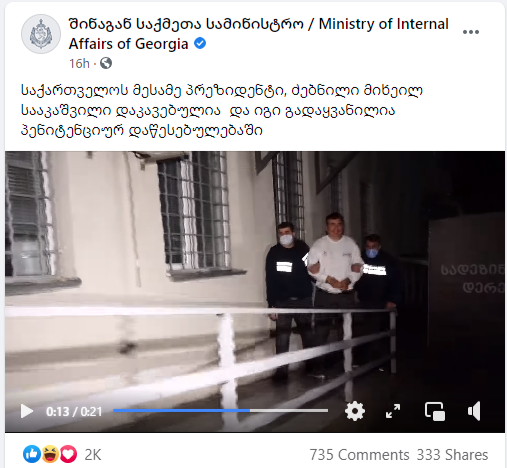 During the briefing held at the Ministry of Internal Affairs of Georgia, it was revealed that Mikheil Saakashvili was detained at the Gldani-Nadzaladevi area. Various media outlets, including “Mtavari Arkhi” and “Radio Liberty,” reported that Saakashvili was arrested on the 4th floor of a building located at Kvishkheti Street 2 in Sanzona. Noteworthy, the UNM election headquarters is located on the first floor of the same building. 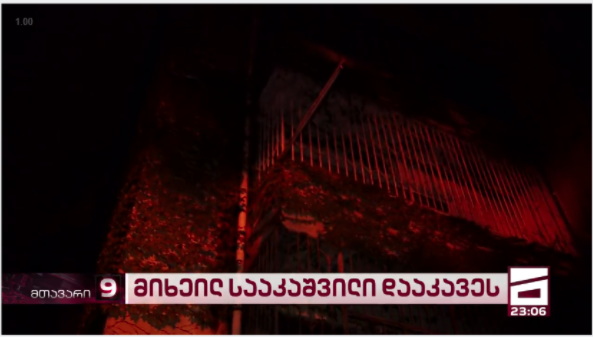 In addition, the information that Saakashvili was brought to Georgia by a military ship and was under the protection of the Turkish for a couple of days is without evidence. 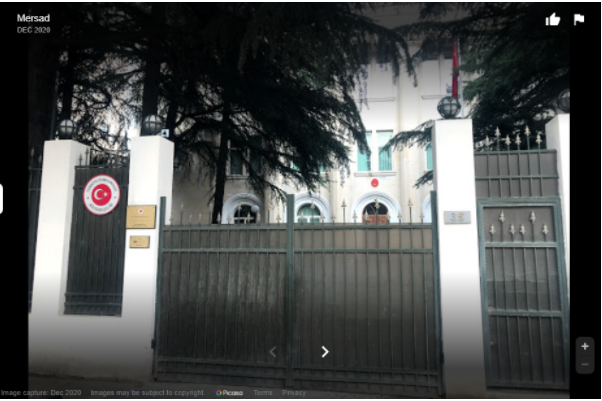 About the disseminated disinformation on the entry of Saakashvili to Georgia, see the articles of “Myth Detector:”

“Supporters of Davit Nemdadze” is a profile related to the military blogger Davit Nemsadze, the profile URL of which is roberto.karlos. Davit Nemsadze has another Facebook account – Davit Tsrutakvekneli, the URL of which indicates the name nana pipia. Nemsadze often spreads anti-Turkish sentiments.