Disinformation on the Vaccination-caused Death of an Adolescent in Israel 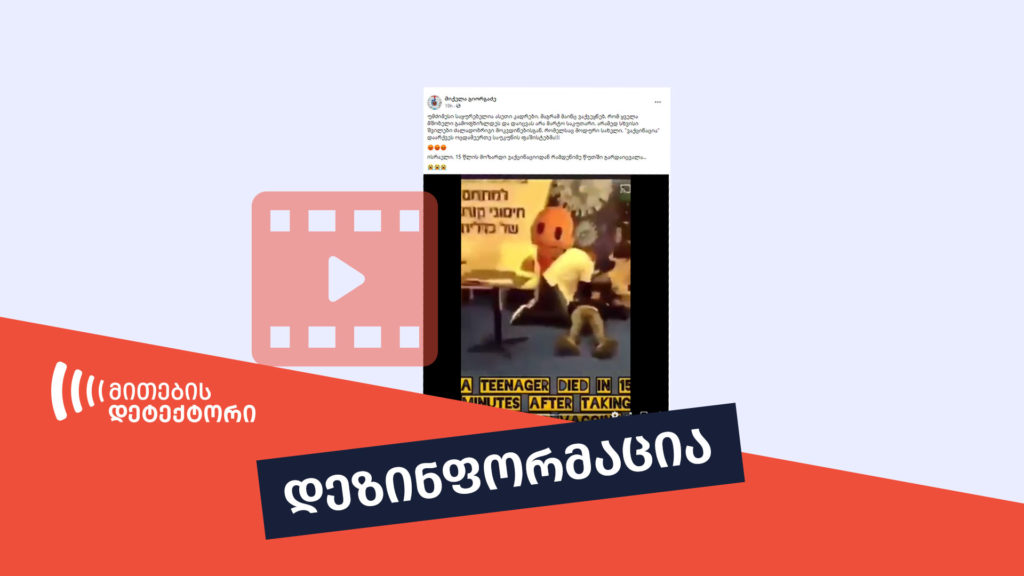 On August 24th, the Facebook user Michela Giorgadze shared a video showcasing a person passed out in a hospital. The video description claimed that a 15-year-old adolescent died minutes after taking the vaccine in Israel. 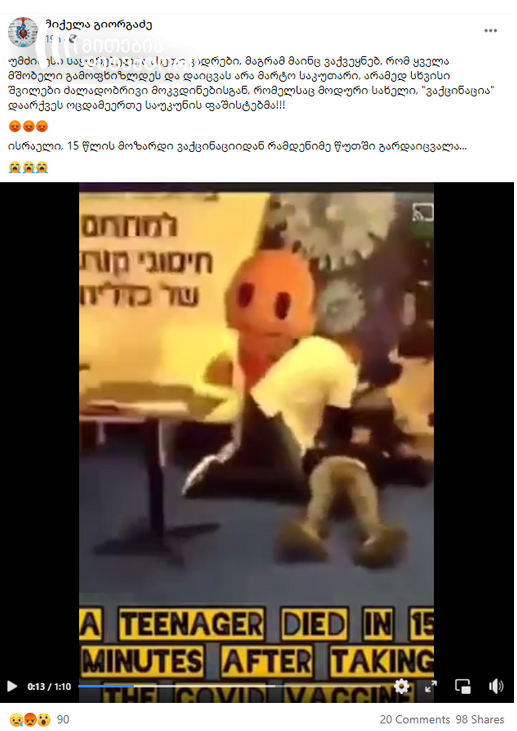 The description of the video is disinformative. The person showed in the video is not a 15-year-old adolescent, and he simply passed out after taking the vaccine shot. As his wife clarified, the men lost consciousness because of fear; nonetheless, he woke up shortly and did not have any severe health complications.

The same video circulated on social media in February as well. The article prepared by “Myth Detector” confirmed that there was no evidence that the video truly showcased the death of a person caused by the COVID-19 vaccine.

After the video becoming widespread on social media, Reuters has contacted Clalit – the clinic shown in the video footage. The clinic clarified that the video was shot in the Rishon LeZion centre. When the young male arrived at the vaccination spot, he already was not feeling well. Nonetheless, after the accident, the man shortly regained consciousness and left the clinic. Clalit firmly confirmed that the person did not have an allergic reaction.

In an interview with the local media, the wife clarified that her husband passed out because of fear but recovered shortly after.

“Myth Detector” has revealed disinformation regarding the vaccination process in Israel several times: