Disinformation of the so-called “South Ossetian” KGB, as if the African Swine Fever Virus is Spreading from Georgia 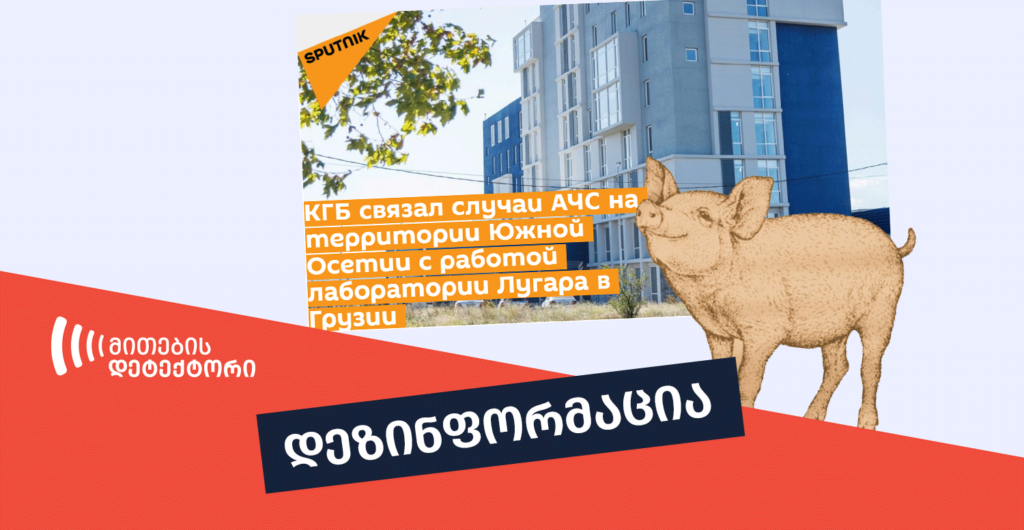 On July 20th, Sputnik Ossetia has published an article with the title: “KGB has linked the cases of the African Plague with the working of the Lugar Laboratory in Georgia.” The statement was shared by the State Security Committee of the de facto Republic of the occupied South Ossetia, which claims that in July, in the Tskhinvali region, several swine have been infected and died with the African Fever Virus. The statement of the KGB also clarifies that the Security Committee does not exclude the possibility of the virus being connected to the Lugar Laboratory and sees a potential threat of bio-terrorism from the official Tbilisi. According to the KGB of the occupied Tskhinvali, during 2007-2018, swine fever spread to South Ossetia, Russia and Europe from Georgia. 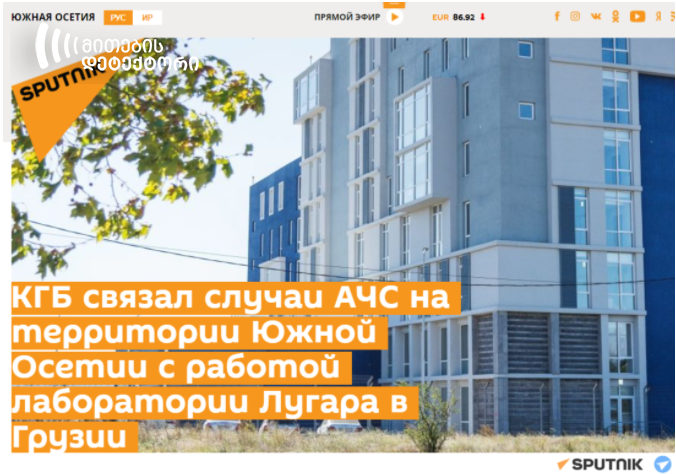 The recently discovered cases of the swine fever virus in the Tskhinvali region has nothing to do with the Lugar Laboratory. The fever has not been detected in the territories controlled by Georgia since 2016. The information that the Lugar Lab pursues a biological diversion by spreading the Swine Fever since 2007 is a Kremlin conspiracy. The spread of the virus began in 2007, while the Lugar Lab was opened in 2011.

The Swine Fever has not been detected in Georgia since 2016

In its 2020 report, the World Organization for Animal Health (Oie) has published a map including the list of all countries where the Swine Fever was active during 2016-2020. Although in 2007, the Swine fever outbreak occurred in Georgia and was later spread to Russia and Europe, Georgia remains the fever-free country since 2016.

The virus is spread on three continents (Europe, Asia, and Africa) and is active in Russia as well. Nonetheless, the KGB of occupied South Ossetia did not even assume that the fever could have been spread from neighbouring Russia. 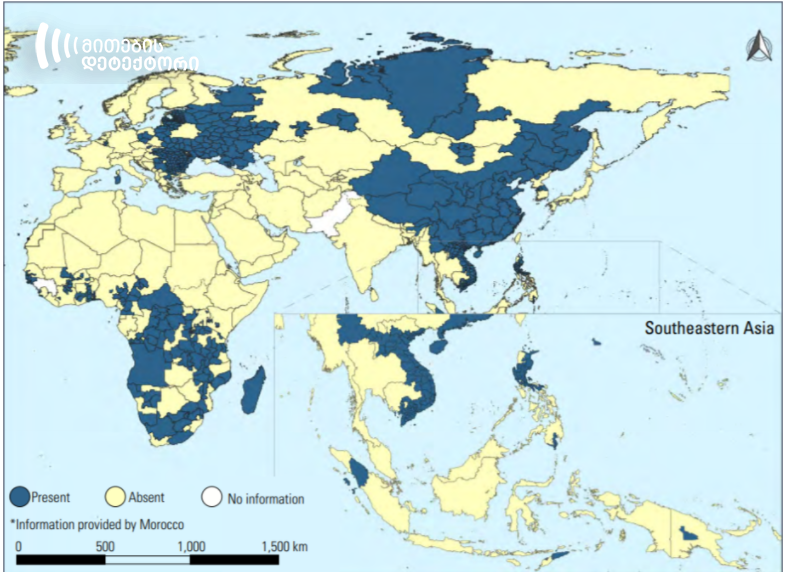 As for the 2021 data, the 64th report of the Oie lists all the confirmed virus cases in Europe, Asia, and Africa from February 5th to February 18th. Positive cases were recorded in a total of 25 countries, including the European and Asian parts of Russia. 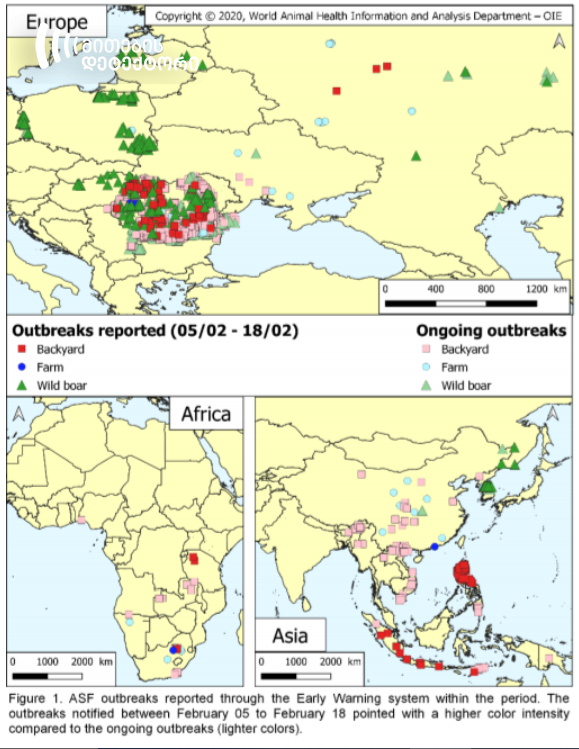 Apart from the WHO, the data of Swine Fever cases in the Asia & Pacific in June-July 2021 are being shared by the Food and Agriculture Organization of the United Nations (FAO) and the Department for Environment, Food and Rural Affairs of the UK government. The data does not include Georgia in the list of countries infected by the Virus. 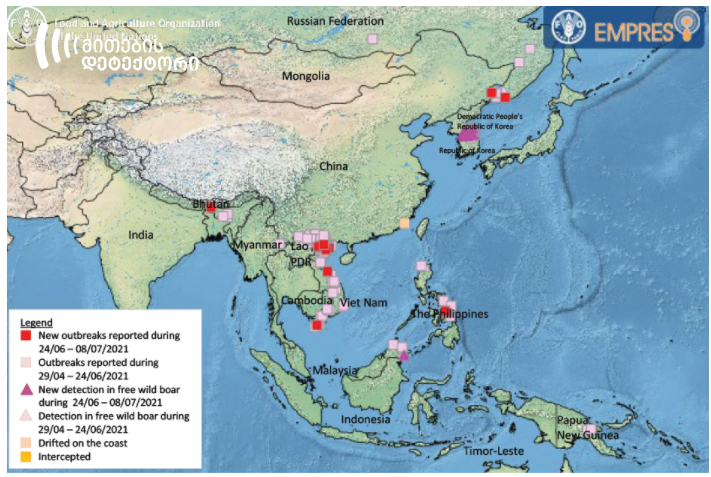 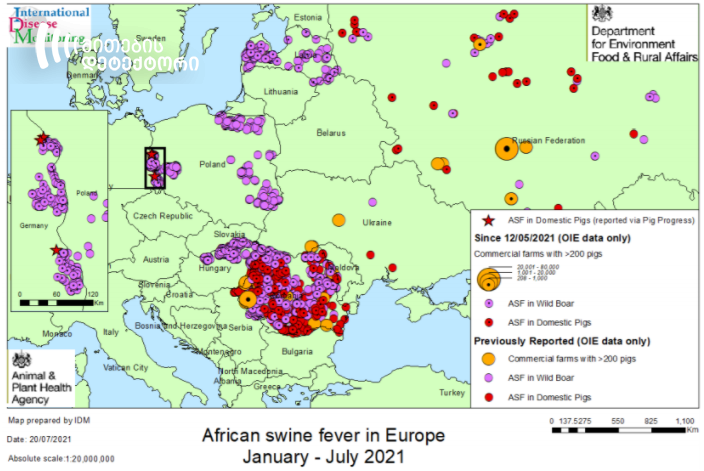 The Lugar Lab has been blamed for the spread of the Swine Fever Virus in occupied South Ossetia previously as well. The conspiracy was circulated by the propagandist media of the Kremlin. Apart from the Swine Fever, conspiracies have been spread about other diseases as well, including the Asian Brown Marmorated Stink Bug and the Zika Virus. Lugar Laboratory was previously blamed for spreading diseases by the head of Russian state consumer protection agency Gennady Onishchenko and the press-secretary of the Federal Service for Veterinary and Phytosanitary Surveillance of Russia (“Rosselkhoznadzor”), Yulia Melano.

It is worth mentioning that the spread of the virus began in 2007, while the Lugar Lab was opened in 2011.

What is the African Swine Fever Virus, and how does it spread?

African swine fever (ASF) is a highly contagious hemorrhagic viral disease of domestic and wild pigs, which is responsible for severe economic and production losses. This transboundary animal disease (TAD) can be spread by live or dead pigs, domestic or wild, and pork products. Allegedly, in 2007, the virus entered Georgia through polluted swine products from Western Africa. Apart from 2007, another significant outbreak of the virus started in 2018 in China.

Furthermore, transmission can also occur via contaminated feed and fomites (non-living objects) such as shoes, clothes, vehicles, knives, equipment etc., due to the high environmental resistance of the ASF virus. Nonetheless, the virus does not infect humans, therefore poses no vital threat. The African swine fever is different from the Swine Flu, the outbreak of which happened in 2009.

For more information about the African swine fever-related conspiracies, see the older publication of the Myth Detector: