Disinformation of Sputnik and Sakinformi as if the tomos is illegitimate 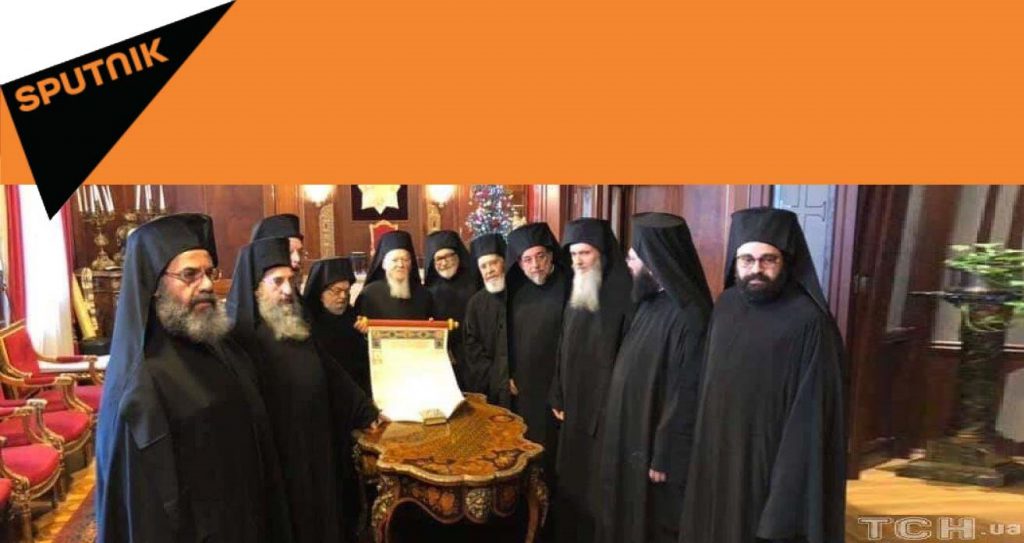 On January 9, Russian State Media source “Sputnik-Georgia” posted a video-comment its Russian-language web site, entitled “Poroshenko awarded the “Hero of Ukraine” title to Filaret – the reviewer’s opinion.” Armen Gasparyan in his video states that the document granting autocephaly to the Orthodox Church of Ukraine – Tomos is illegitimate because the majority of the Holy Synod members of the World Patriarchate have not signed the document. On January 9, the Georgian news agency ” Sakinformi “, which is openly pro-Russian newspaper, represented the tomos as a “useless paper” without any real power.

On January 9, all members of the Synod of Constantinople Ecumenical Patriarchate signed the tomos.

It is noteworthy that on January 5, Patriarch Bartholomew signed a document, after which tomos was taken to Kiev on January 7 and the Ukrainian parish was given a chance on Christmas to celebrate the autocephaly for the Ukrainian Orthodox Church. On January 0, tomos was taken back to Istanbul and it was signed by the Holy Synod of the Patriarchate. According to the information posted on January 10, by the website of the Ukrainian presidential administration, all the members of Holy Synod that at that time all the members of the Synod of the Patriarchate had signed the tomos. 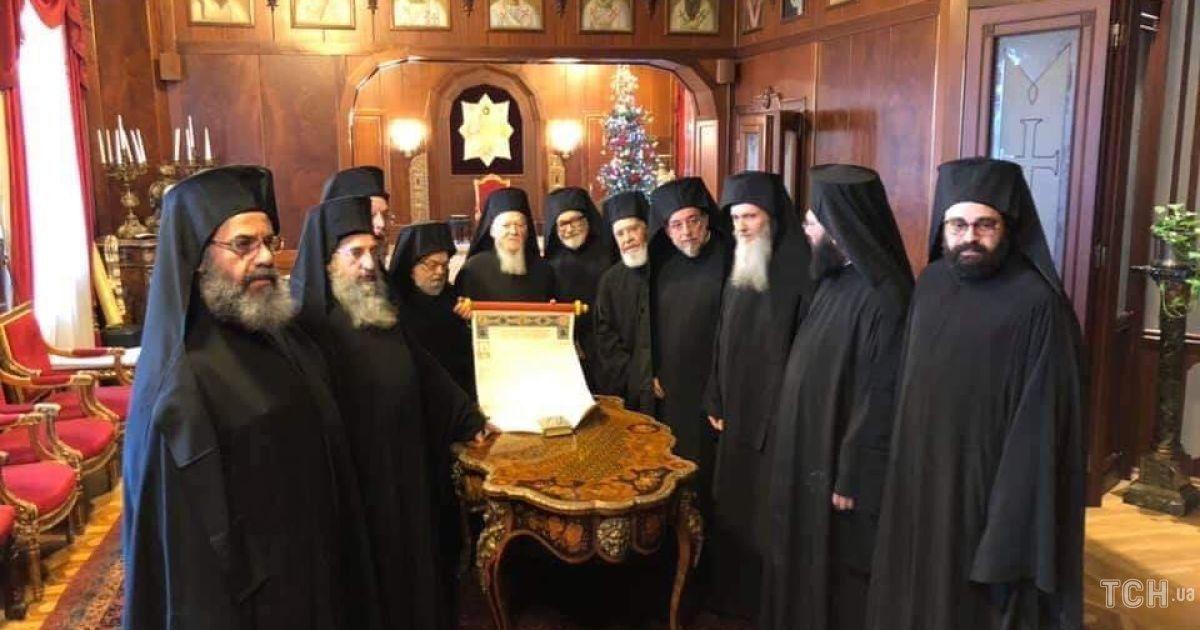 Singing Tomos by  all the members of Holy Synod
Source: TSN.UA

After all the members of synod signed the tomos, the document was returned to Ukraine on January 10. The Secretary of Ukrainian Orthodox Church had previously stated that the tomos had left Ukraine for only a day, indicating that all the events around tomos were pre-determined by the protocol and there was no any misunderstanding.

Ecumenical Patriarchate of Constantinople had been discussing the idea of granting autocephaly to the Ukrainian Orthodox Church for a long time. Members of Synod were engaged in a process. The Synod decision to grant autocephaly to the Church of Ukraine was of the great importance, which was adopted at the council of 27-29 November 2018. At this meeting, the Synod developed the text of the tomos. The fact is mentioned in the communiqué published on the Ecumenical Patriarchate’s web site.