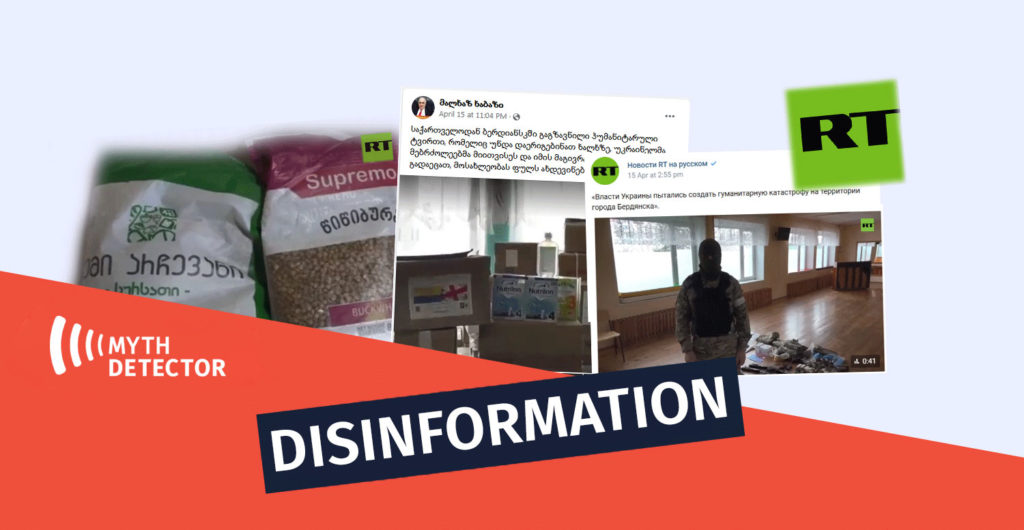 On April 15th, 2022, the Facebook user “Malkhaz Khabazi” published a post claiming that in the Ukrainian city of Berdyansk, Ukrainian fighters misappropriated the humanitarian aid sent from Georgia and sold it to the local population.

The post is accompanied by the footage from the video of the Kremlin propaganda channel Russia Today, which allegedly shows boxes of humanitarian aid sent from Georgia having the flags of Georgia and Ukraine engraved on them. One of the photos even features the inscription, according to which the aid was sent from Dedoplistskaro municipality. 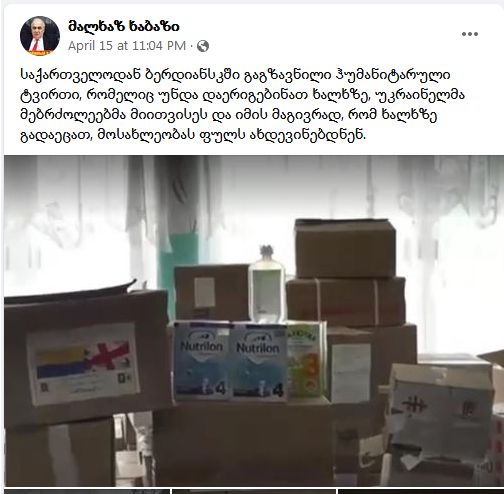 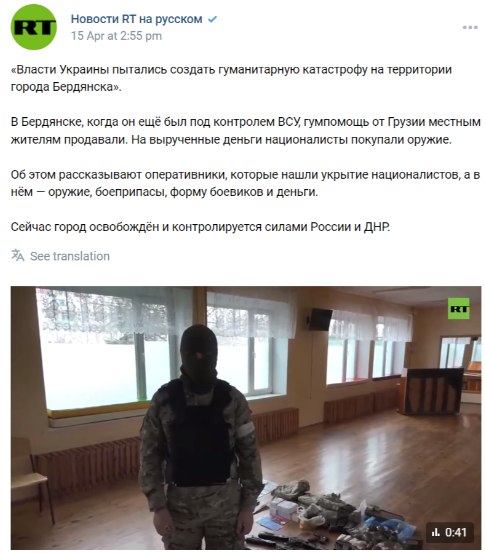 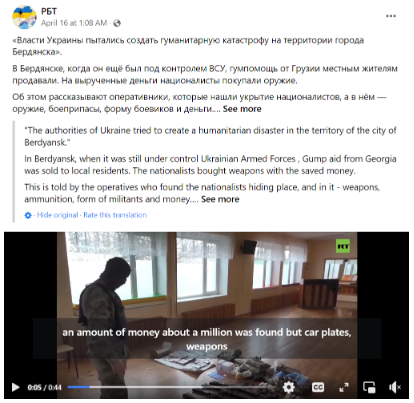 The post of Malkhaz Khabazi is based on the information disseminated by the Kremlin media Russia Today, according to which “the Ukrainian authorities were trying to create a humanitarian catastrophe in the city of Berdyansk.” According to RT, in Berdyansk, when it was still under the control of the Ukrainian Armed Forces, humanitarian aid received from Georgia was sold to the local population, and the received income was used by the “nationalists” to buy weapons. Russia Today published the information on the Russian social network Vkontakte and Telegram on April 15th. The post was accompanied by a video in which a “member of the operative service” shows the “shelter for nationalists”, where weapons, ammunition, uniforms and money were found. The photos used in Malkhaz Khabazi’s post have been taken from this same video. 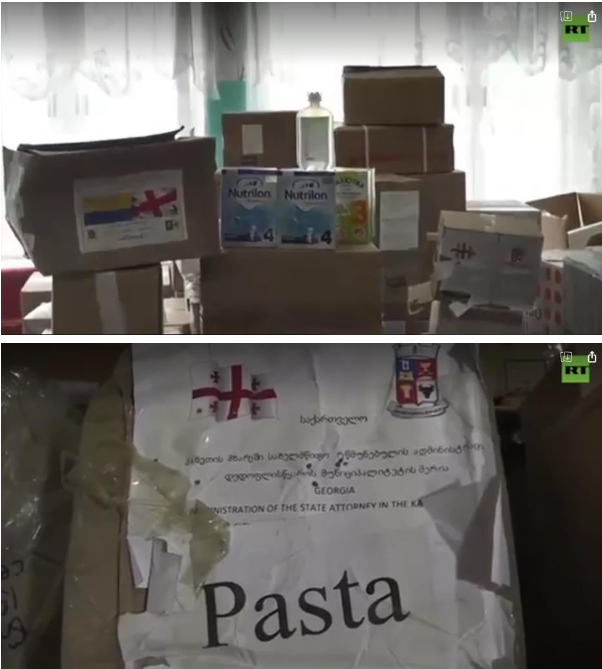 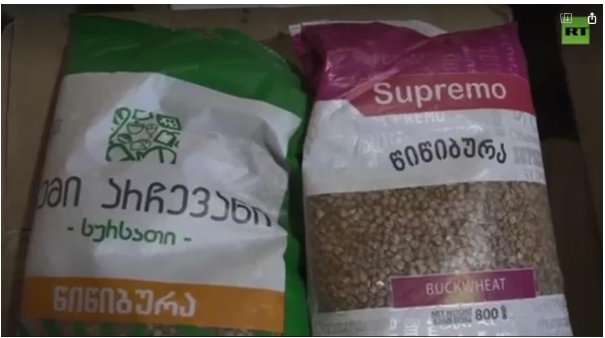 Russia Today claims that the Ukrainian military was selling humanitarian aid received from Georgia when the city of Berdyansk was under their control. The Russian Defense Ministry said on February 27th that the city was blocked. On February 28th, Oleksiy Arestovych, the adviser to the Ukrainian president’s office, said at a press conference that Berdyansk was controlled by Russian forces. Arestovych also noted that Ukrainian military forces were not fortified in the city.

Arestovych: “Berdyansk is occupied by the enemy; our troops are not there. They [Russian forces] took the city; it is the same group that was moving from Melitopol to Mariupol.”