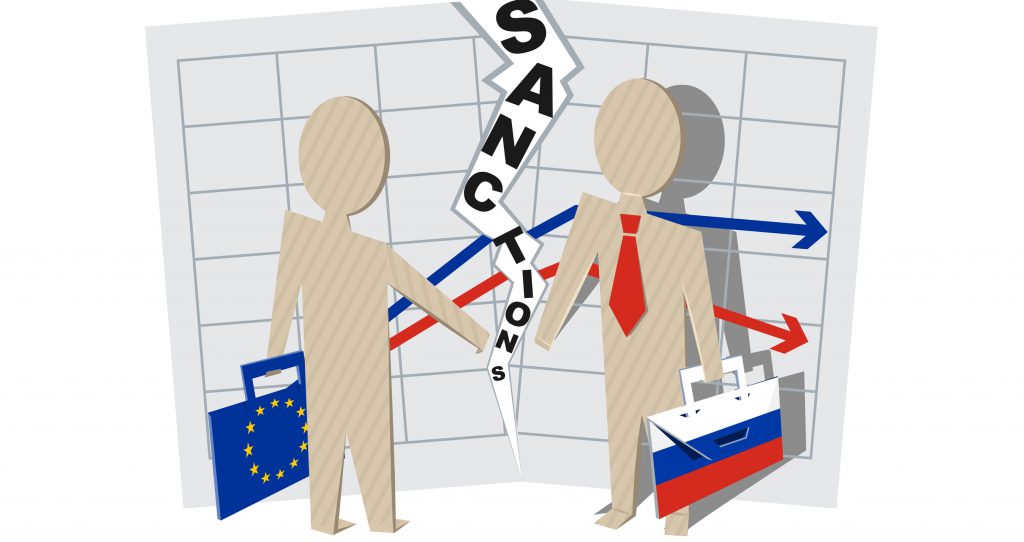 In the interview with Kavkasia TV’s talk show, Barieri (Barrier) on September 6, Beso Danelia of the United Democratic Movement said that European and American leaders have accepted Russia’s annexation of Crimea that is proved by the fact that the issue of Crimea no longer tops the international agenda.

Beso Danelia, the United Democratic Movement: “They have lost Crimea, which is no longer discussed at any international meeting; neither European, nor American leaders… mention Crimea anymore… Remind me of any international meeting held over the past three months, where the representatives of either the United States, or Europe mentioned this issue … Angela Merkel and those persons, who create political weather in the world, have accepted the loss of Crimea so that they do not even remind Russia of it (Crimea).”
Kavkasia, Barieri

This statement is false, because since March 2014, the United States, the European Union and NATO have been constantly pursuing the policy of non-recognition of Russia’s annexation of Crimea. The European Union has further expanded the sanctions imposed by the West against Russia in response to the latter’s annexation of Crimea, and the United States has imposed new sanctions.

On August 2, 2017, U.S. President Donald Trump signed the bill approved by the Congress on imposing new sanctions against the Russian Federation, Iran and North Korea. The document emphasizes that it is the policy of the United States to never recognize the illegal annexation of Crimea by the Government of the Russian Federation or the separation of any portion of Ukrainian territory through the use of military force. In addition, the United States does not recognize territorial changes effected by force, including the illegal invasions and occupations of Abkhazia, South Ossetia, Crimea, Eastern Ukraine, and Transnistria. The new sanctions will target people and entities that invest certain amounts in Russia’s energy export pipelines; conduct “significant” transactions with Russian defense and intelligence agencies; invest, or facilitate the investment of $10 million or more in the Russian government’s privatization of any state-owned asset in a one-year period that could unfairly benefit government officials or their associates.

The EU has reconfirmed the non-recognition policy for Crimea in declarations by the High Representative on behalf of the EU of 16 March 2015, 18 March 2016 and 18 March 2017.

Whenever Russia refers to Crimea and Sevastopol as part of the Russian Federation in multilateral fora, such as the UN, the OSCE, the Council of Europe and WTO, the EU makes a statement in response to remind the world that it does not recognize the illegal annexation.

On June 19, 2017, the European Council extended the restrictive measures in response to the illegal annexation of Crimea and Sevastopol by Russia until 23 June 2018. The sanctions include prohibitions on imports of products originating in Crimea or Sevastopol into the EU; investment and tourism services in Crimea or Sevastopol; exports of certain goods and technologies to Crimean companies, as well as technical assistance, construction or engineering services related to infrastructure. On August 4, 2017, the European Union imposed sanctions on three Russian nationals and two companies after gas turbines sold by Germany’s Siemens were diverted to Ukraine’s Russian-annexed Crimea region.

The EU restrictive measures in response to Russia’s annexation of Crimea involve:

The North Atlantic Treaty Organization (NATO) notes on its website in the section covering the relations with Ukraine that NATO member states do not recognize the illegal and illegitimate annexation of Crimea by Russia. From the very beginning of the Russia-Ukraine conflict, NATO has adopted a firm position in full support of Ukraine’s sovereignty and territorial integrity within its internationally recognized borders. In April 2014 the Allies decided to suspend all practical civilian and military cooperation with Russia. Since then, Allied Ambassadors reiterate NATO’s firm position on Ukraine’s territorial integrity and sovereignty at meetings of the NATO-Russia Council, which continues to meet periodically.

German Chancellor Angela Merkel said on September 8, 2017 that Russia’s annexation of the Crimean peninsula from Ukraine as well as its backing for separatists was “against the principles that we have had in place since World War Two”. She also noted that Russia’s grave violations of international law made sanctions necessary. Merkel said that she wanted European Union sanctions against Russia lifted, but only once peaceful conditions had been achieved in eastern Ukraine.

On September 10, 2017, in the interview with German newspaper  Frankfurter Allgemeine Sonntagszeitung, Angela Merkel said in response to the remarks made by Christian Lindner, the leader of Germany’s Free Democratic Party, concerning the recognition of annexed Crimea that it is as unacceptable as the division of Germany following the WWII.

“When I hear, for example, that we should just accept Russia’s annexation of Crimea, I wonder: What would have happened if the question of the GDR [communist East Germany] was handled in that way, if people had said, ‘Well of course, Germany will stay divided, that won’t change.’”

Maria Zakharova, the Russian Foreign Ministry’s spokesperson, responded to Merkel’s remarks saying that the people of Russia and Crimea rather than of Crimea and Ukraine were divided against their own free will.

On March 18, 2014, the Russian Federation carried out illegal annexation of the Autonomous Republic of Crimea and Sevastopol. Russian President Vladimir Putin signed the so called agreement on the de facto accession of Crimea and Sevastopol to the Russian Federation. The so called referendum held on March 16, 2014, the legitimacy of which was denounced by the UN, EU and international community, was announced as a legal foundation for the agreement. In response to the annexation of Crimea, Russia was suspended from the G8 club of rich countries and the UN General Assembly adopted a special resolution on the territorial integrity of Ukraine, declaring the referendum on Crimea’s accession to the Russian Federation illegal. In response to the annexation of Crimea, in 2014 the United States, EU, various organizations and countries imposed sanctions against Russia, which are periodically expanded with new restrictive measures imposed.