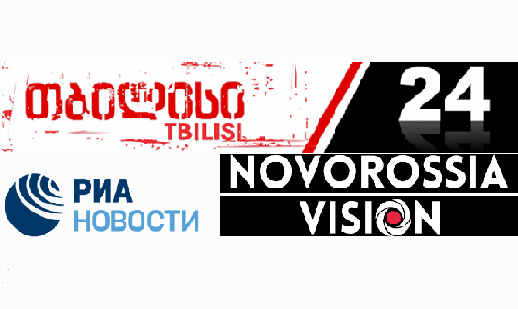 On 27th January 2017, the news “recruited Georgian fighters are returning from Ukraine to Georgia, due to the non-payment of salaries” was posted on tb24.ge. The publication is based on a Luhansk Republic’s People’s Militia representative, Andrei Marochko’s statement, diffused throughout Russian media (Ria Novosti, Novorossia Vision, Rusnewstoday24).

Andrei Marochko: “38 recruited fighters of the so-called Georgian legion, who were fighting alongside Ukrainian law enforcement agencies, in the 54th brigade of the 25th battalion, with the Commander Gorbatiuk, willingly left their fighting positions after a conflict on the 24th January, due to non-payment of salaries, and travelled to Kharkov, to later return to Georgia.”

The latter statement is unfounded, due to the following facts:

1.The Head of the Georgian Legion, Mamuka Mamulashvili declared that the Legion would only leave Ukraine in protest, if the country handed Vice-Colonel Gia Tsertsvadze to Russia.

2.As a result of the Ukrainian Prosecutor’s Office decision, Gia Tsertsvadze was released on 26th January, and thus the Georgian Legion never left Ukraine.

ia Tsertsvadze was arrested in Ukraine on the 15th January 2017. He was wanted by the Russian Federation law enforcements for allegations on crimes committed in 2003.

The Georgian National Legion was founded in autumn of 2014, in the aftermath of the Ukrainian “Maidan events” and participated in combat operations against separatists in Eastern Ukraine.

About “Tbilisi 24”: News agency Ltd “Tbilisi 24” was recorded in the Public Registry on 26th March 2015. Its owners are Gocha Nachkebia (50%) and Maia Shaishmelashvili (50%). Nachkebia, who is also the director of “Tbilisi 24”, is additionally associated with one of the leaders of the “Centrists” Party, Vladimir Bedukadze.

More detailed information about “Tbilisi 24” can be found on the mediameter.ge web page.