Disinformation: Georgia was put on the list of endangered countries 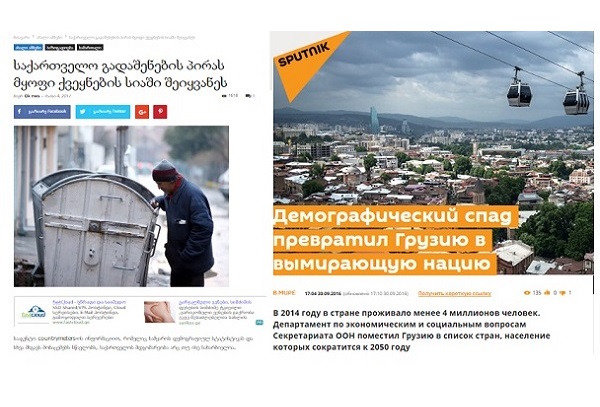 On March 13, 2017, agora.ge published an article entitled “Georgia was put on the list of endangered countries”, which was published on May 4 by ‘Ganatlebis Saxli’ (Education House) and oknws.com on their web-blogs and on May 5 by the media portal ‘Geo Digest’ with identical titles. The statistical data for the article is taken from countrymeters.info, which, in turn, relies on the UN data, according to which the sum-total of Georgian population from 1990 to 2017 decreased from 0.17% to 1,21%.

The allegation that Georgia was put on the list of countries at risk of ethnic dissapearance is wrong. 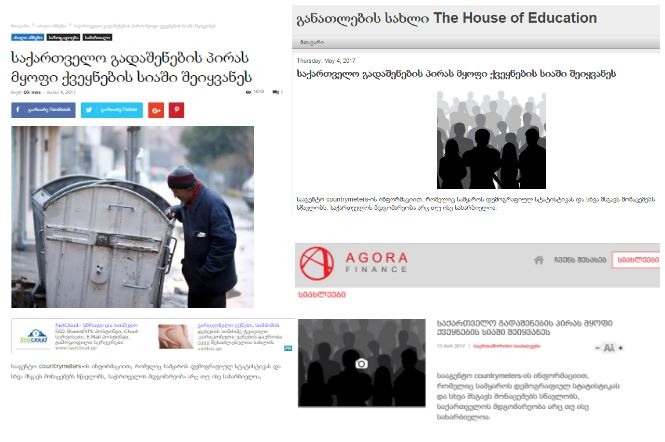 1.Neither countrymeters.info nor the UN publishes the so-called “List of Endangered Countries”. 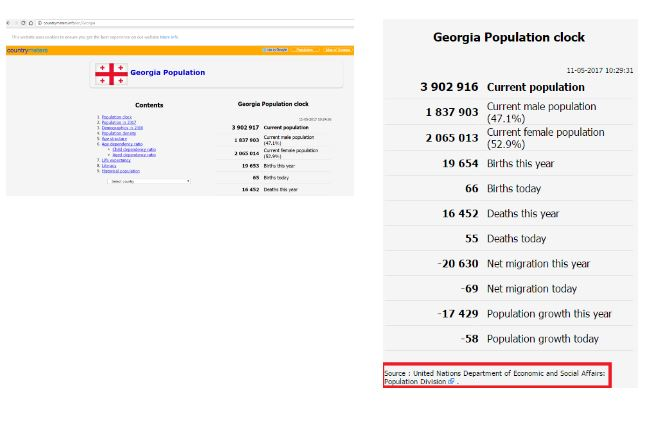 Neither on countrymeters.info portal nor on the UN website, which offers us detailed statistics about demographic situation of the globe, “list of endangered countries” cannot be found.

The title of the article does not correspond to the content of the article, nor the United Nations data. According to UN World Population Prognosis, by 2050 Georgia is to expect 12.9% decline in poplulation. According to the same data, the population in Georgia reached 4,000,000 in 2015, in addition by the 2050 estimation the population may be reduced to 3 483 000. Despite the trend heading towards a decline, the United Nations makes no mention of “extinction” at all.

According to the same United Nations report, the estimated reduction of the population will be expected in 48 countries in the period 2015-2050. The problem of population decline is most pronounced in following countries : Bulgaria, Romania, Ukraine, Moldova, Bosnia and Herzegovina, Latvia, Lithuania, Serbia, Croatia and Hungary. Georgia is in the 15 th place on this list. The identical content on this topic was published on September 30, 2016, on Russian Sputnik, which cited as its primary source of information Tinatin Khorbaladze, Director of World Congress of Families. Identical information was released by the Russian-language website Geomigrant.com, which offers Georgian emigrants news about their home country in Russian language. About the World Congress of Families: