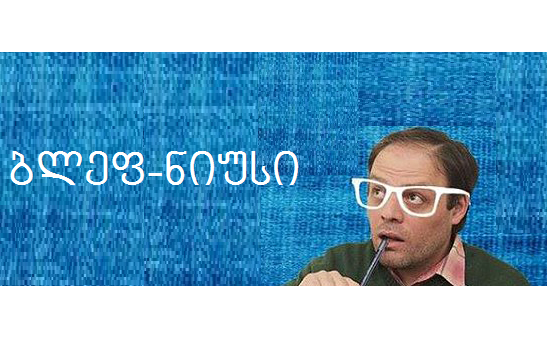 It has been several days, that information as if Facebook will be turned off during weekend days, was spread via social networks. Similar stories were published by some web-portals, including primetime.ge and mshoblebi.ge. The new topic about this information was also created on Forum.ge. The news evoked different reactions among Facebook’s Georgian users.

In fact, Facebook will not be turned off neither during weekends nor working-days.

Disinformation about turning off the most rated social network was disseminated by Bakur Svanidze’s satirical agency bstv.ge under the rubric “Blef-news”. According to the fake news, Facebook’s publisher Mark Zuckerberg gave an interview to BLEF-TV and said that the world has become dependent on Facebook which destructively affects human psychic.