Disinformation: de-criminalizing marijuana in the Netherlands increased its consumption 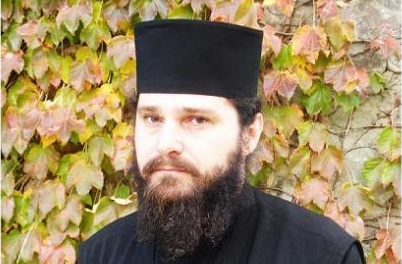 On August 10, 2016, an interview of the Leader of Saint Ketevan the Martyr Church, Giorgi Razmadze was published on the website of Georgia and World. According to Razmadze: “De-criminalization of marijuana will proportionally increase the number of drug users and European countries, such as the Netherlands, are an example of this.”

Regulation of Marijuana use in the Netherlands

The Netherlands have a tolerant policy towards light drugs. This means that the sale of light drugs in so-called coffee shops is a criminal code violation, however, the Prosecutor’s Office does not persecute the shops because of it. Moreover, possession of under 5 grams marijuana/hashish and of 5 plants of cannabis is not persecuted.

Coffee shops are allowed to sell cannabis and marijuana only if they meet the following requirements:

Since 2012, a so-called Weed Pass card has been acting in the southern provinces of the Netherlands that only allows the citizens of the country to buy marijuana. Provinces decided to undertake such policy individually after the Mayor of Amsterdam protested an attempt to restrict the sales of marijuana to tourists. Currently, the law is acting only in the provinces of Limburg, Northern Brabant and Zealand.

The Netherlands started to carry out the liberal drugs policy in 1976 when the Opium Act separated heavy and light drugs from each other. The difference in research method does not allow us to compare the quantitative data of cannabis usage prior to and after 1976.

According to a report by the Open Society Foundation, the maximum amount of cannabis usage in the Netherlands was recorded in 1996 and since then, it has been declining. In the 1980’s, the opening of the coffee shops influenced the initial increase in the number of users, however, strong social factors such as economic crisis, high unemployment and youth/musical culture should also be considered.

A research conducted by RAND proved that an average cannabis consumption in 1998-2005 among the Dutch aged 15-34 was lower than in some other European countries. Cannabis and other Drugs

Another arguments of the opponents of a liberal drug policy is that marijuana is a so-called bridge to other, heavier drugs. However, a research, conducted by the aforementioned RAND Corporation. proves the opposite. In the table below, the ratio of the people who have used cocaine (1) or amphetamine (2) and of the people who have tasted cannabis. Difference between De-Criminalization and Legalization

Source of Disinformation: the priest, Giorgi Razmadze, is the Leader of Saint Ketevan the Martyr Church. Giorgi Razmadze, together with representatives of convent and parishioners, suspended a festival – Tbilisi JAM! 2016 that was being held on the territory of Zahesi 2007 terminal. His interviews are often published on Georgia and World website, whereas his vocabulary is rich with hate speech, especially towards LGBT community and religious minorities. Giorgi Razmadze also frequently features in the research by Media Development Fund – Anti-Western propaganda, as a source of anti-Western attitudes.