Disinformation by xnews.ge and geotimes.com.ge about Nika Melia’s Election Headquarters Closed due to Coronavirus 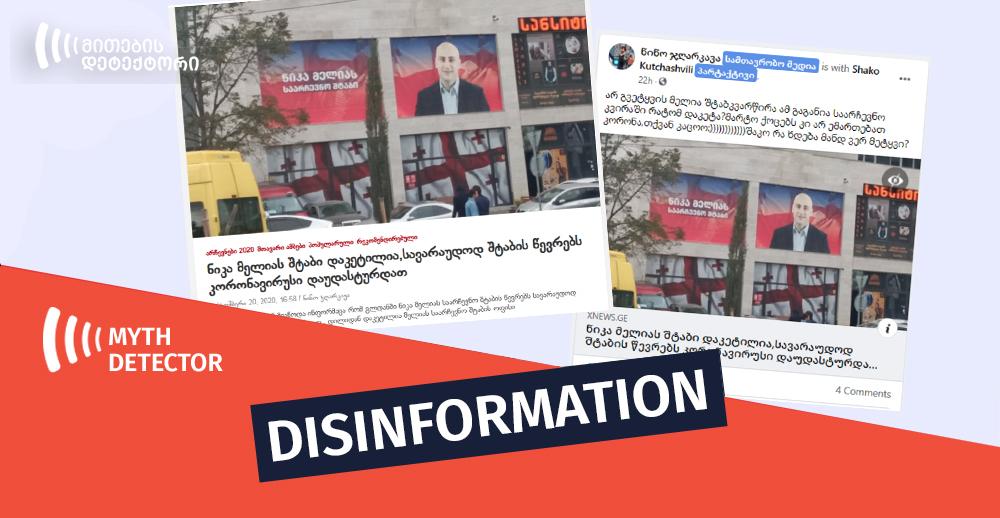 On October 20, xnews.ge published an article titled “Nika Melia’s Election Headquarters are Closed, Likely due to the Headquarters Members being Diagnosed with Coronavirus”. The article mentions that xnews received information from “a source”, without specifying the latter. Later, geotimes.com.ge disseminated the identical information based on xnews. 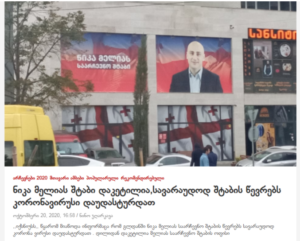 In a phone call with the hotline of Nika Melia’s election headquarters, it was claimed that the staff has been actively working for the last four months and that they were working on October 20 as well. The headquarters also denied the claim that one of their members got diagnosed with coronavirus.

Salome Sigua, a member of Nika Melia’s election headquarters, also denied the information. On October 20, she posted photos taken in the headquarters on Facebook and mentioned that the headquarters are operating as usual and none of their members got diagnosed with coronavirus. 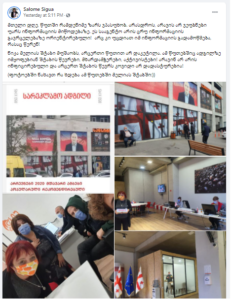 The article, published by xnews.ge, had 38 shares as of October 21. The article has been shared in a public Facebook group „კახა კალაძე თბილისის მერი“ (Kakha Kaladze the Mayor of Tbilisi). 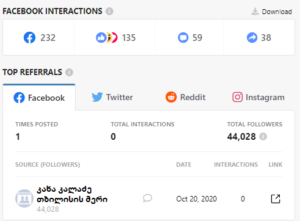 The link to the article has been published by Nino Jgharkava with the following text: “Would Melia tell us why he closed the headquarters in the midst of the electoral campaign? Corona does not only infect the members of the Georgian Dream.” 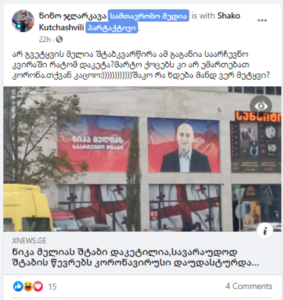 Later, without verification, Nino Jgharkava’s post was published by The Georgian Times.