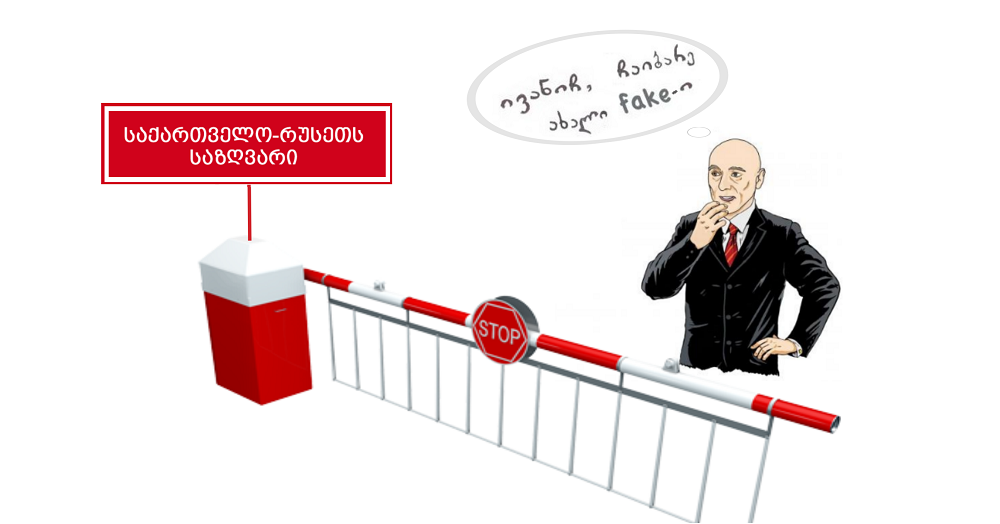 In the issue for the week August 28 – September 3 newspaper “Asaval-Dasavali” published a comment by Jondi Baghaturia, leader of ‘Qartuli Dasi’, where he declares that the US is preventing Georgian citizens from traveling visa-free into Russia.

Jondi Baghaturia, ‘Qartuli Dasi’: “Can you imagine, the United States does not even approve of this government, for them to allow Georgian citizens travel to Russia without visa!”

Jondi Bagaturia’s statement is a lie, because the Russian Federation imposed the visa regime on Georgia on its own volition from 2000 onwards, under the pretext of the threat of terrorists entering Russian territory from the Pankisi Gorge region. In 2012, Georgia unilaterally terminated visa requierement for travellers from Russia, Moscow made no retaliatory steps to compensate for this action. As mentioned by the Russian Foreign Minister Sergei Lavrov, the precondition for introduction of visa-free regime with Georgia is the abolition of the law on occupied territories. 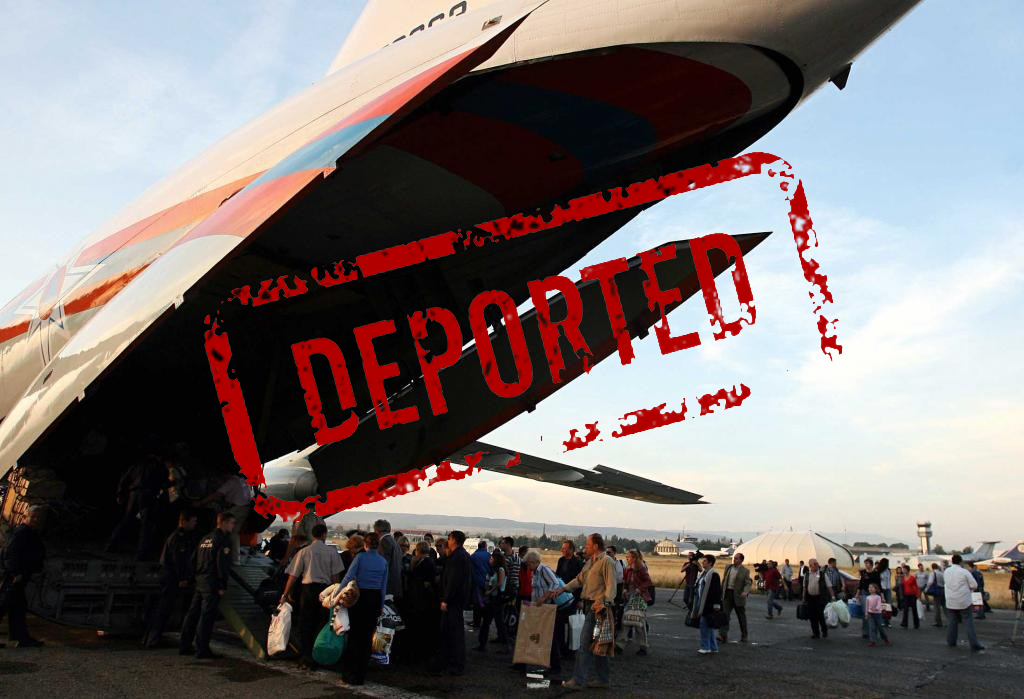 Photo: The mass deportation of Georgians from the Russian Federation in autumn 2006.

On March 26, 2007, the Georgian side filed an inter-state law-suit against the Russian Federation in the European Court of Human Rights (ECHR) for the mass deportation of Georgians and demanded recognition of human rights violations of Georgian citizens and persons having Georgian nationality during the process of deportation and damage compensation for those offenses. On 3 July 2014, the Human Rights Court ruling, declared that in the fall of 2006 the mass arrests, detention and collective expulsion from Russia of Georgian citizens was a violation of the European Convention on Human Rights. The decision says that during the apprehension and incarceration Georgians were held in degrading and inhuman conditions. The ECHR imposed on Russia to pay out a compensation in return for damages, which was estimated to 70,320,000 euros by the Georgian side. The Russian side refused to settle the compensation, furthermore the Deputy Minister of Justice of Russia Giorgi Matushkin assessed the demand by the Georgian side for the payment of EUR 70 million as “capricious” (“хотелки грузинской стороны”). On August 9, 2017, on the basis of an ECHR decision on the case “Shioshvili and Others Against Russia” Russian side paid 30,000 euros to Lia Shioshvili as settlement.In autumn, 2006 Lia Shioshvili was removed from the territory of Russian Federation along with 4 children during the ninth month of her pregnancy, but she was kept a fortnight in unbearable conditions after the decision of her removal had been taken. After arriving in Georgia Shioshvili gave birth to a miscarried infant.

Today, citizens of Georgia can travel to the Russian Federation with a special category visa, which is issued by the Russian Federation’s Interests Section in the Embassy of the Swiss Confederation in Tbilisi. Furthermore, after 23 December 2015 visas are issued only on the  basis of invitation of Russian citizens and legal entities. The Russian Foreign Ministry web site explains that restoration of diplomatic ties with Tbilisi is contradicted by the Georgian side’s incessant demands of Russia’s  withdrawal of the recognition of South Ossetia and Abkhazia. Detailed information on Russian-Georgian relations is available on the  timeline prepared by the Myth Detector.