Disinformation by Geworld.ge on Biosafety Laboratories in Ukraine and Georgia 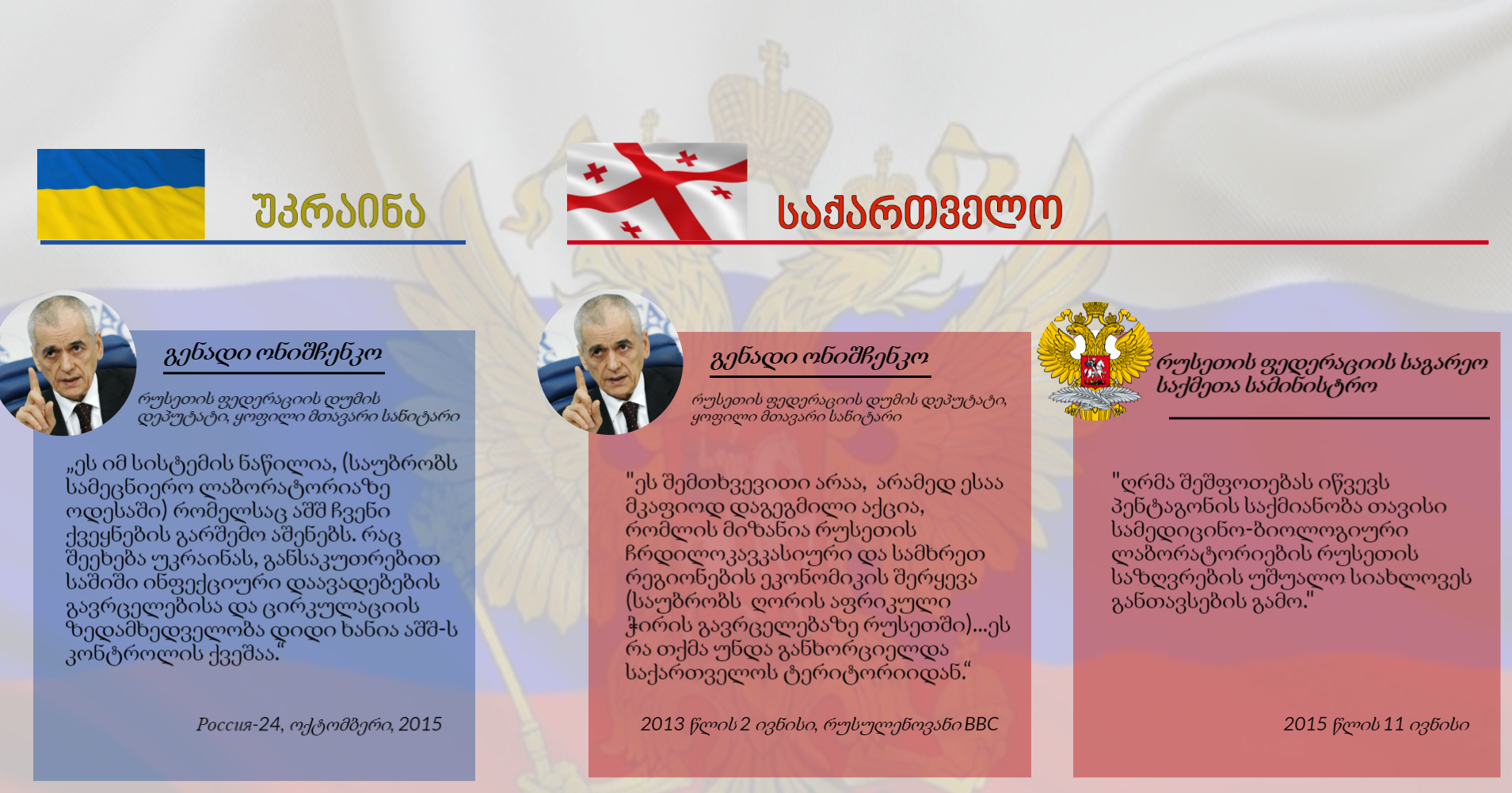 On July 26, an online portal Geworld.ge released an article “Why does the U.S. turn Ukraine into a bio-bomb” prepared by Strategic Culture Foundation (Фонд стратегической культуры) and posted on its website on July 5. According to the article, the Ukraine-based biological laboratories represent a laboratory network controlled by the Pentagon, which aim to study the effects of viruses on people, animals or plants as well as to manage local and global epidemics through using pathogens. The article describes Ukraine as a biological bomb for Russia, Belarus and Transnistria. But according to Geworld.ge’s editorial comments, such laboratories represent “slow-motion bombs” for the entire world, including Georgia.

allegations, as if the laboratories operating on the territories of Ukraine and Georgia represent a threat for these countries, are groundless because their real goal is to protect the region against the threat of epidemics and to increase biological safety.

The Biological Research Laboratories operating in Ukraine are the facilities subordinated to the Ministry of Health of Ukraine, the State Veterinary and Phytosanitary Service and the Academy of Agrarian Sciences. The laboratories were built after the Ministry of Health of Ukraine and the U.S. Department of Defense signed the agreement within the framework of the Biological Threat Reduction Program. The three pillars of the program in Ukraine are:

The key priorities of the Richard Lugar Center for Public Health Research, U.S.-funded biological research laboratory in Tbilisi outskirts, are:

The Richard Lugar Public Health Research Center was opened in 2011 within the framework of the 1997 Umbrella Agreement and the 2002 Agreement signed by the U.S. Department of Defense and the Ministry of Defense of Georgia. In 2013 it became a central part of the National Center for Disease Control and Public Health (NCDC). From 2018, the Government of Georgia will take a responsibility for full funding and operation of the Laboratory Network. The Laboratory has provided employment to Georgian staff.

The biological laboratories operating in Ukraine and Georgia are important in terms of threat reduction in the spheres of agriculture and epidemiology.

The Russian Federation against biosafety in Ukraine and Georgia

Russian officials have spoken out repeatedly against the biological laboratories operating in Georgia and Ukraine, which aim at preventing epidemic threats in the region. The below infographics provides a number of illustrative examples. 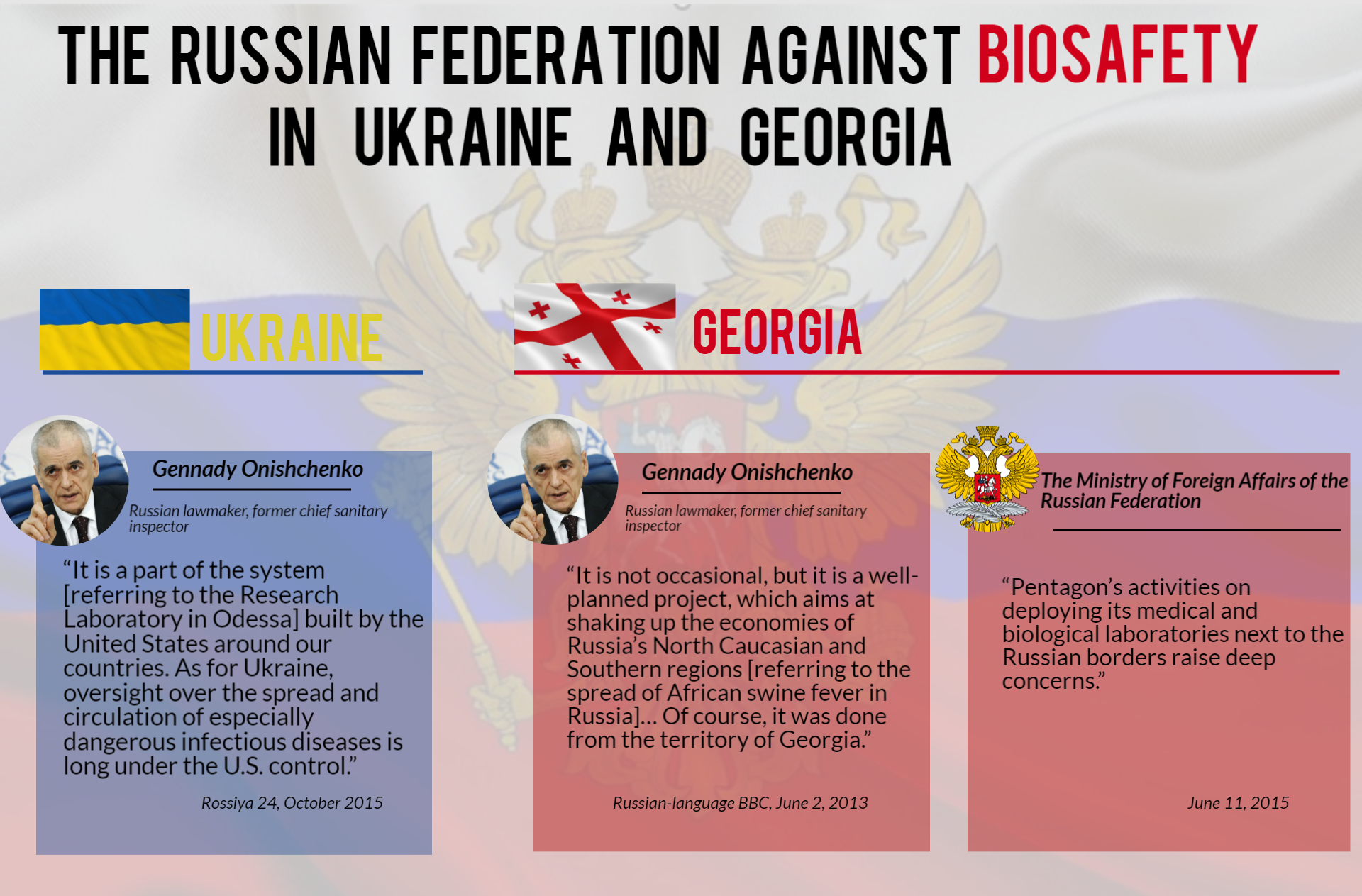